WHEN Gordon Stanger drew his soldier settler block, no-one expected him to be there long.

Consisting of 1287 briar-riddled acres down the Menadool Road, Moree, even Gordon himself questioned whether it was worth relocating from his lush surrounds on the Liverpool Plains.

But prove them wrong he did, and together with sons Tim and Peter, Gordon has successfully grown his operation in the Moree district, motivated by the same tireless work ethic punctuated throughout his life story.

At 94 years of age, it’s fair to say Gordon has seen it all.

From a self-described ‘counter jumper’ selling hardware and tools at Tebbut’s Store, Boggabri and Storey’s at Gunnedah, to an able seaman in WWII, his cheery demeanour belies some of the horrors he’s endured. 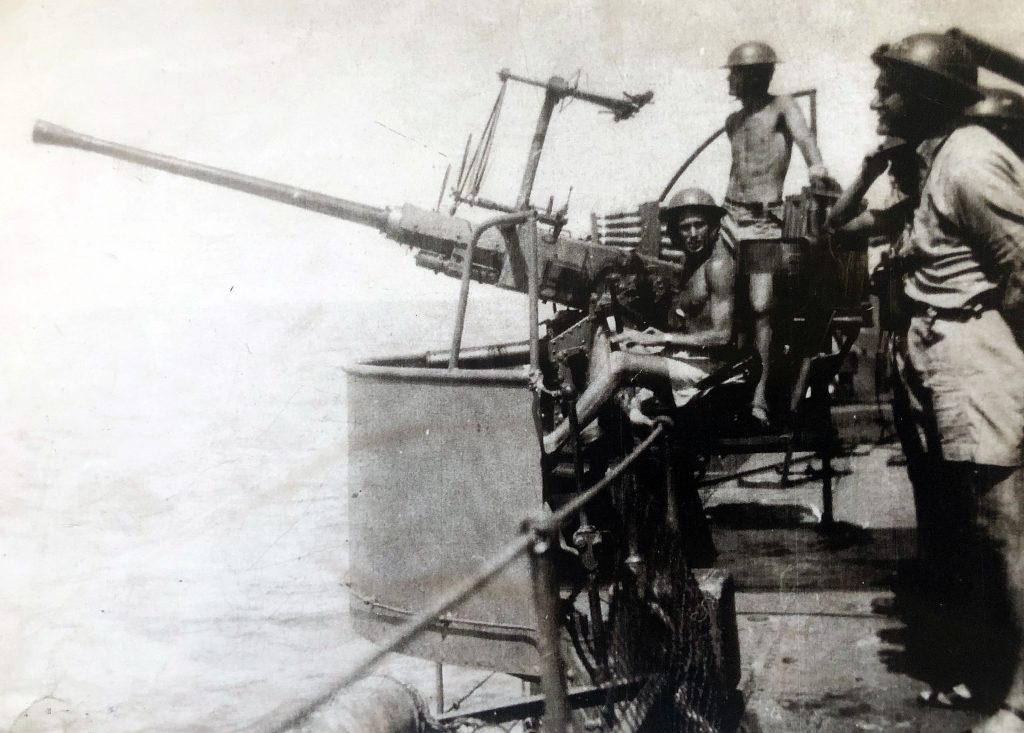 Drafted to the HMAS Ararat Corvette, commissioned to accompany convoys along the coast of New Guinea, Gordon reflects upon the extent of lives lost from torpedoes off the Australian coastline.

“There is a memorial and plaques at Point Danger, on the NSW-Queensland border, but the reality was far grimmer, there were thousands killed and it was always a very nervous journey along the Australian coastline,” Gordon recalled.

After 12 months Gordon returned to Sydney while the Ararat was re-fitted, and drafted to Balmoral depot on standby.

His next assignment was on the HMAS Warramunga, which joined the American fleet escorting beach landings and bombardments from New Guinea through to Borneo.

“We were escorting huge destroyers, and during this time it was the suicide bombers that were our main concern,” Gordon said.

“At one point I had a suicide bomber coming directly at our ship. I saw him come around the corner and I thought this is it, but he kept coming around to position himself for a full impact into the side of our flagship vessel, the HMAS Australia – taking out the mast and the bridge. 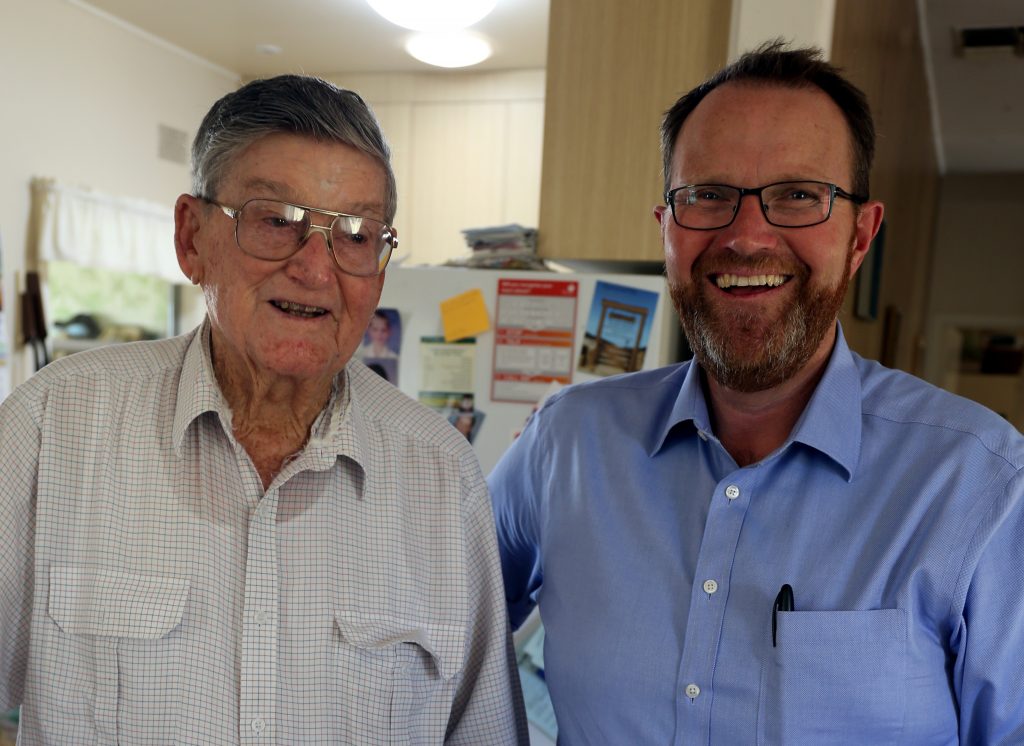 Gordon Stanger with C&W Financial Services’ Trent Humphreys. Gordon is one of the firm’s longest held clients, with his remarkable life story the source of great inspiration within the firm (Image: Georgina Poole).

“There were 23 people killed on the bridge that day. We escorted the HMAS Australia back to Manus Island for repair and she was sent back out again shortly after.”

As a loader, Gordon’s job was to load clips of ammunition for the gunners, a job he said kept him extremely busy, but also gave him a 360 degree first-hand view of the war.

“We had a few near misses with suicide bombers, and after a while I decided maybe it would be better working down in the belly of the ship – oblivious to what was going on up top – but it wasn’t much better down there, the gunfire and noises up top kept us equally anxious.”

Gordon escorting internees from POW camps to Tokyo after the surrender, and an opportunity to visit Hiroshima were bitter pills to swallow.

“I had been genuinely excited when Hiroshima was bombed, but walking around the site and taking in the enormity of all those killed and lives destroyed, I couldn’t help but think there had to have been a better way.”

After the war Gordon was placed in the Soldier Settler Block Ballot.

But after initially failing to draw a block he share-farmed in the Narrabri district.

“I share-farmed 600 acres on the McCartney families’ Mulgate, and was later promoted to farm manager,” Gordon said.

“They were good years and I was able to buy a full plant of machinery and ended up leasing part of Mulgate.”

With three young children – Tim, Peter and Jenny – Gordon and his wife Barbara made a comfortable home for themselves in the Narrabri district when their soldier settler block Karina was finally drawn in 1967.

“By that stage I’d given up on ever getting a block. I didn’t even come out to have a look at it – we accepted it sight-unseen,” Gordon said.

When the family finally did come to see their new empire, eyebrows were raised.

“It was a stinking hot day and there was no access road, just rough melon-hole country, some falling down fencing and an old windmill,” he said.

“I said to Barbara, ‘what do you think?’

The HMAS Warramunga in Sydney Harbour

“She didn’t look happy, but we decided we’d never get another chance like this so we had better have a go at it.”

Karina was part of 24,000 acres subdivided off Kooroogamma into Soldier Settler Blocks by the Livingston family.

“We were repeatedly told ‘you won’t be there long, the block is too small’, but we set up a caravan and built a couple of sheds and I was able to keep share-farming to generate an income,” Gordon said.

‘We had two failed crops in our first two years, and I did start to question what we were doing. But we persisted, improving the land and eventually building our family home here.”

In 1976 his sons left school, and while he laughs that he’d ‘hoped they’d buy a B-double or go bull riding or something’, their desire to return to the farm marked the start of their Mundowie Partnership.

Over the years the family has secured extra land, paying from $45 per acre to just $79 per acre.

However, the pride in which Gordon, Tim and Peter keep their family home is evident.

“I’ve been grateful for everything that’s come my way, and at the end of the day I think the key to my good fortunate is surrounding myself with nice people,” Gordon said.

“In business and in life I’ve tried to associate myself with good people, and do the right thing by people, and it’s paid off.”

With one definite exception, he laughs.

“A bloke came down the road one day and asked about a neighbouring block, one I’d long hoped to buy,” he smiled.

“I talked to him at length about how great it was – raved about it in fact – and I found out later he was looking at it for purchase, which he did. I wish I’d kept my mouth shut that day!” 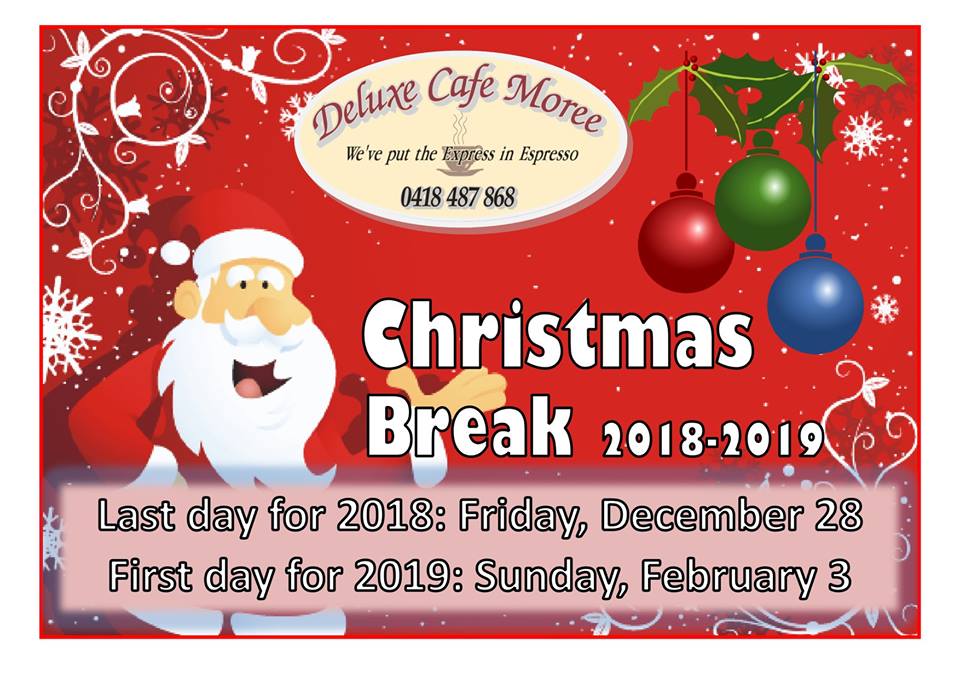