TODD Payne is a firm believer that good luck comes in lots of three.

And it’s an adage that rang true not once, but twice, for the young Inverell trainer at Talmoi picnic races on Saturday when Victory Lass collared the 1000m Helen Boland Memorial Bracelet for the third time in as many years – the first horse to achieve a treble of Talmoi Bracelets since racing first began at the Garah racecourse 107 years ago.

And not only did Victory Lass rewrite Golden Triangle history on Saturday, the tough, at-times cantankerous little mare also supplied the last leg of a winning treble for Payne and Hunter jockey Ashley Boyd, who teamed up earlier in the day to win with Yes Oui Si and Newcastle Dancer. 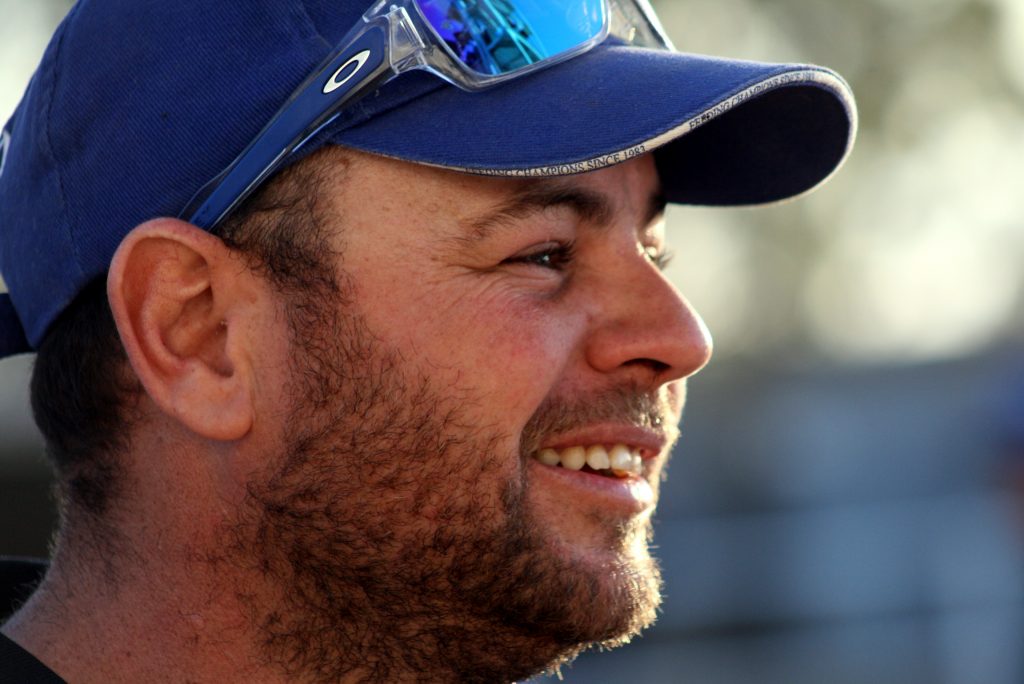 Todd Payne is all smiles after leading back three winners at Talmoi picnics on Saturday (Image Copyright Bill Poulos).

“She’s been a real nice mare for us,” Payne beamed as Boyd brought the six-year-old back to scale.

Victory Lass won the five-furlong scamper in 2016 and 2017, beating Cool Rules both times, and Saturday’s history-making win was her 13th for Payne.

“She was only a class 1 horse when we got her and she’s won another 12 races for us,” Payne said.

Victory Lass (13-4) has endured an unorthodox campaign with plenty of racing in recent weeks, but after a quiet week at home she arrived late on the scene to score by a long-neck from Not in The Nick (13-8) with 5-4 favourite I Am Dynamic a long-head away third.

“She went around over 1400m last week in the Walgett Cup and 1400m the week before that at Armidale and now she’s come back to 1000m and won,” Payne said. 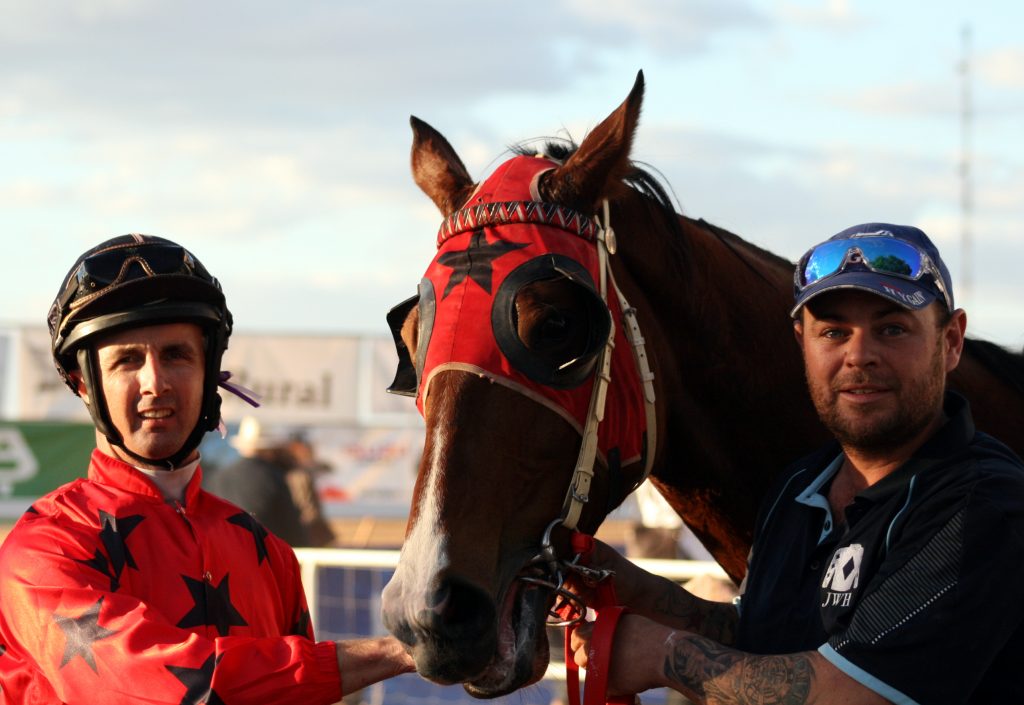 “But I did nothing with her this week. I didn’t even take her to the track – just left her at home.”

Boyd bided his time on Victory Lass before grabbing victory right on the line.

“But being the last race, the track was a little bit chopped up and more like 1100m so that helped us a lot.

“She got back a bit and seemed to be struggling at the 250m so I revved her up just a little bit and she found the line really nicely – she was really strong at the finish.

“I was about a length off the lead early and dropped back another length on the corner but she was the fittest horse in the race and entitled to fight on at the end,” Boyd said. 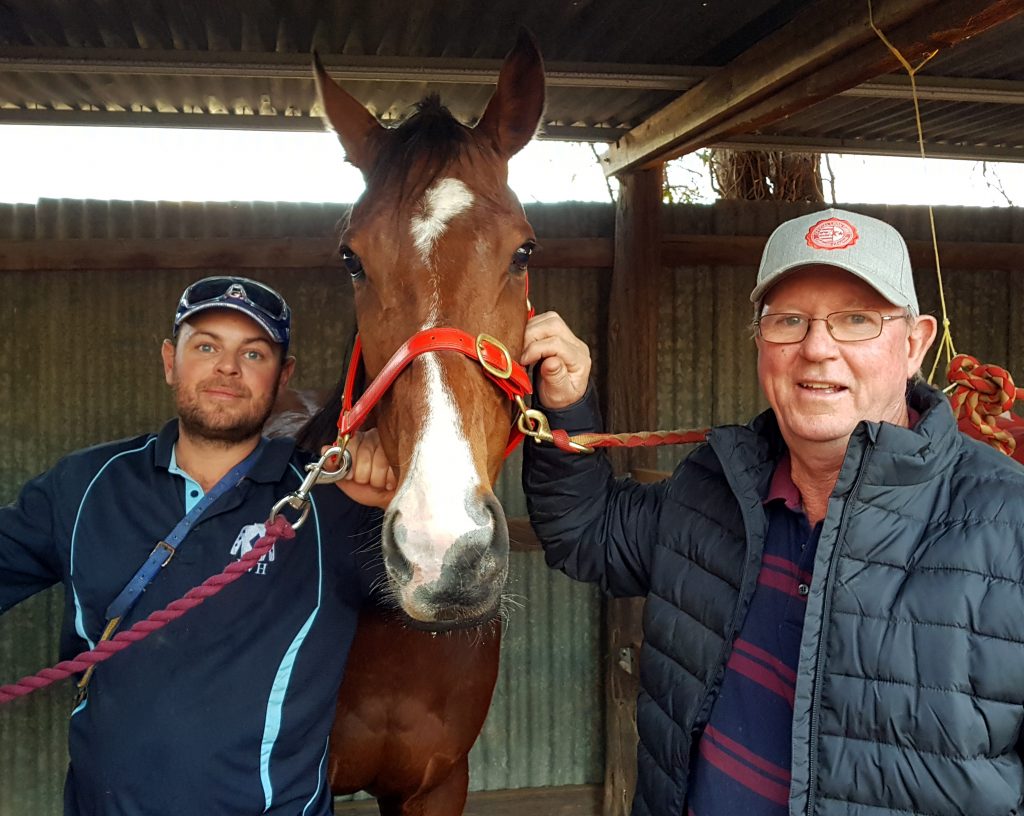 Todd Payne with Victory Lass and dad Colin Payne after the mare’s historic win at Talmoi on Saturday. “Dad does most of the work – I couldn’t do it all without him,” Todd said (Image Copyright Bill Poulos).

Payne said that Victory Lass has been the stable pin-up horse for a number of seasons however retirement from the track and a career in the breeding barn now beckons.

“We’re 90 percent sure she’ll go to stud this year; she’s by Nicconi, and well-bred,” Payne said.

“The good thing about this mare is that she’s never had a sore day in her life.

“She’s as sound as a bell but can be a bit of a handful at the track most mornings. She’s one of those horses that you just do one lap with and then put her back in her box because if you try to do two laps she ends up being a pain in the butt,’ Payne smiled.

“The trick is to work her and get her back to her box because she hates other horses. She’ll play up out on the track (during work) if there’s another horse near her so we work her early and take her straight home,” he said.

Victory Lass will now head towards the Wean Bracelet on July 14.

“She’s down in the weights a bit again and we’ve picked the right races for her, meaning she hasn’t skyrocketed in the benchmarks – she’s won 13 races and is still only a benchmark-60 horse,” Payne said.

“We certainly won’t bust her, that’s for sure, and she’ll more than likely retire sometime this year – we won’t give her too much more racing, I don’t think.”

“Yes Oui Si won pretty well. Mum bought her online and the first start we gave her was at Grafton. It wasn’t a bad run after sitting three-deep the whole trip,” Payne said.

“Her first go on the dirt at Mallawa wasn’t too bad and today she was just too good for them. 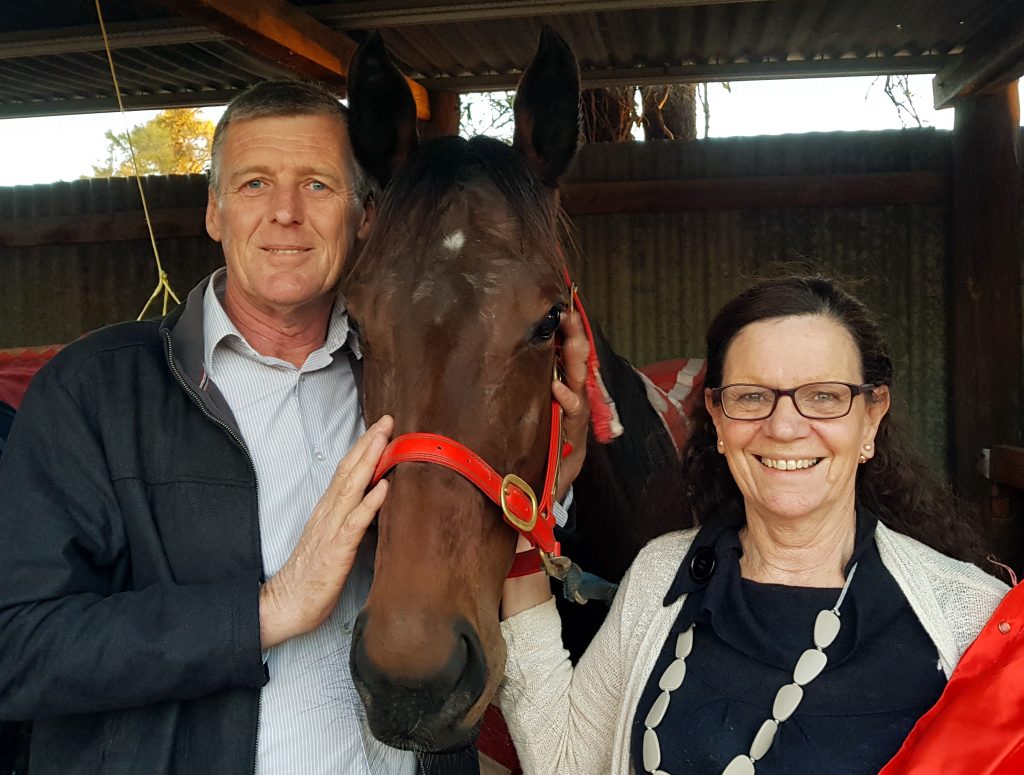 “Newcastle Dancer has improved out of sight. He led some fast horses and has some bad habits but he straightened them out today – for the first time in his life,” he laughed.

Meanwhile, Saturday’s treble was a welcome return to the winners’ stall for jockey Ashley Boyd, who has overcome injury and ill-health in recent months.

Boyd was sidelined for four weeks after nearly losing a finger while chopping firewood.

“I cut off my finger and the doctors sewed it back on and did a really good job,” Boyd said.

“I was cutting firewood and dropped a block of wood on my finger – it was as simple as that.

“I was out for a month after that and then I got a gastro bug and the ‘flu and that knocked me around a bit as well.

“But three winners is a great way to come back and makes the trip home a lot better,” he said.

TRAINER Geoff O’Brien’s decision to bypass his hometown meeting at Quirindi on Saturday and instead take on Track Flash in the Talmoi Cup paid blue-chip dividends when Rena’s Lad coasted to an easy win at round three of bush racing’s Golden Triangle.

Track Flash was endeavouring to become just the fourth horse in Golden Triangle history to win all three cups in the one season at Moree, Mallawa and Talmoi.

But just as Track Flash began to motor home down the short Talmoi straight, Rena’s Lad and jockey Michael Gray had raced to an unassailable lead.