TRACK Flash will carry plenty of weight at Talmoi on Saturday as he strives to become just the fourth horse in 88 years to make a clean-sweep of all three cups on bush racing’s Golden Triangle in the one season.

But Track Flash’s 67.5kg handicap is nothing compared to the weight of history that Moree trainer Peter Sinclair has been carrying around since his stable star coasted to an impressive Mallawa Cup win nearly two weeks ago.

Not only is Sinclair looking squarely at repeating his own chapter of Golden Triangle history, he’s also destined to become the first trainer to win the grand-slam twice if Track Flash can navigate the tricky Talmoi circuit and  salute on Saturday.

Sinclair won all three cups four years ago with Tapakeg to become just the third trainer in history to lead back the elusive treble.

Eric Jurd set the standard in 1961 with bush marvel Mulgate and Trevor Smith equalled the feat in 1988 with Gefilte. 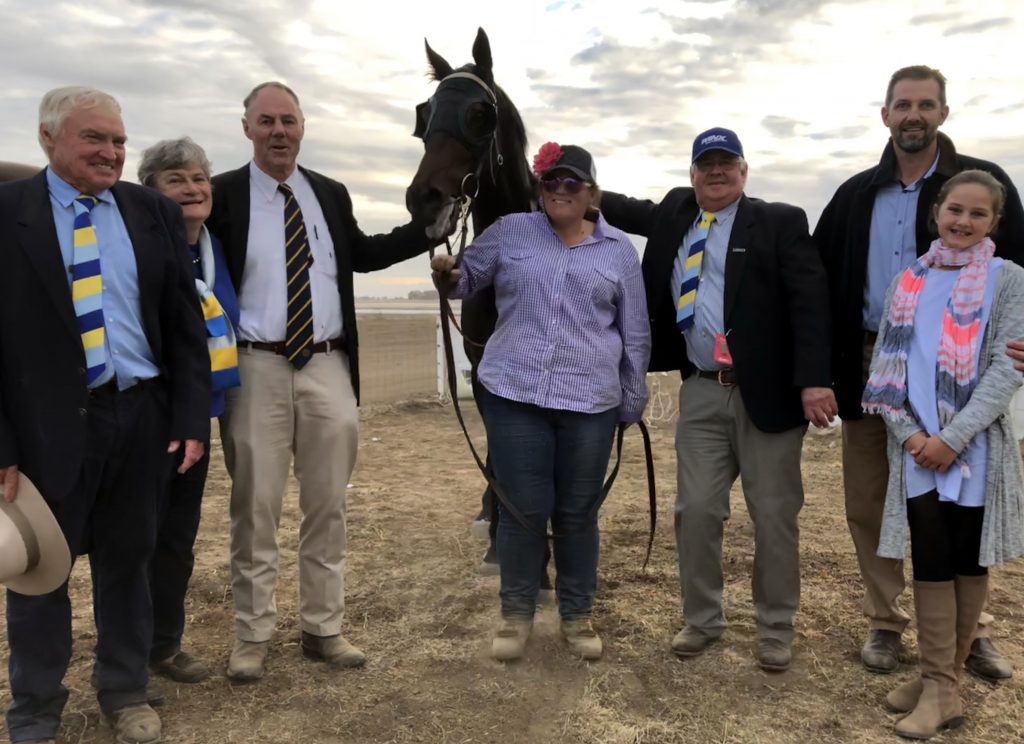 A win at Talmoi will also be a hometown victory chock-full of wonderful memories for Track Flash’s part-owners, Jock and Maryan Hunter, given that Jock is a past Talmoi club president.

The Talmoi Cup is also a fitting memorial to Jock’s parents, Garah stalwarts Warren and Ruth Hunter, and a historic win at the time-honoured meeting – first established in 1911 – would mean so much.

Warren Hunter was Talmoi Picnic Race Club president from 1972 until 1981 and his grand-daughter Alison – Jock and Maryan’s daughter – was the first female president when given the honour in 2015, making her a third-generation president after her father’s four-year term in the late 1980s.

“This race meeting meant a lot to my parents since they moved up here in 1947. Dad was a very passionate member of the club, and club president for many years,” Hunter said.

“Having the race as a memorial to my parents makes it very special, and it will be a very special day if we can win.” 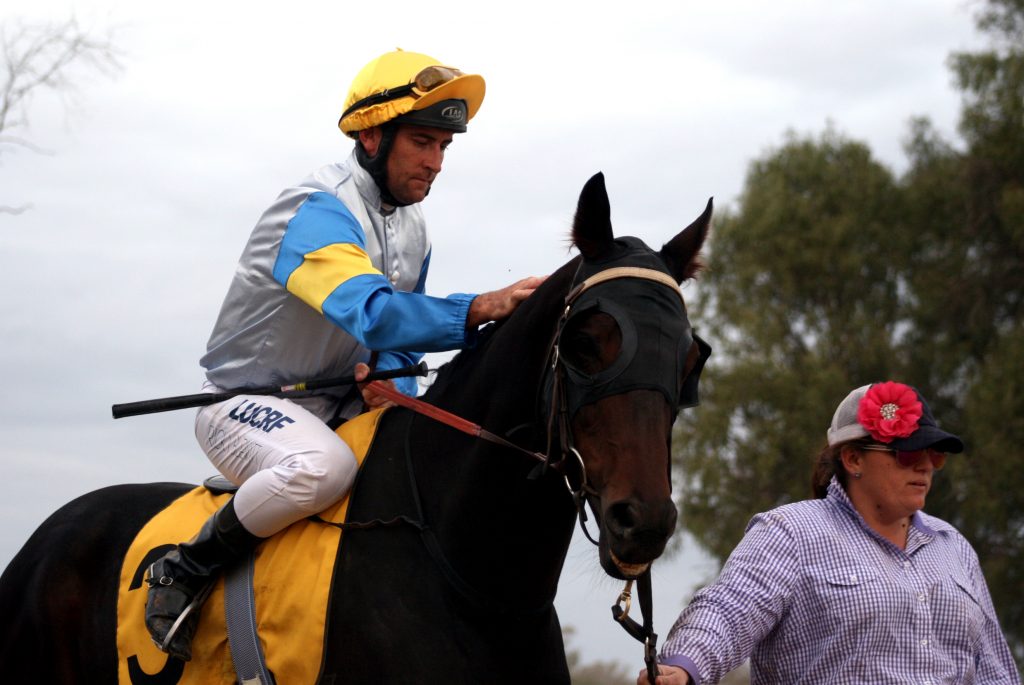 “We’ve won with Track Flash at Moree for David, Charlie, Jane and Eric and at Mallawa for Geoff. Now the pressure is on to win at Garah for the Hunters,” Sinclair smiled.

Hunter revealed that Track Flash was purchased to ‘fill a void’ between cup horses.

But the gelding has now emerged as arguably the greatest cup horse of them all.

“When we bought him we didn’t think he was going to be all that good. After General Relativity retired we looked around for another cup horse,” Hunter said.

“We had one that wasn’t much good so we decided to buy Track Flash, thinking that we’d never win a cup race with him – we thought he’d win a few races until we could find a better one.”

Track Flash, bought by the syndicate as a winless four-year-old in early 2014, has now annexed nine wins from 35 starts, including two Boolooroo Cups at Moree (2017-2018), the Wean Picnic Cup (2017) and the Mallawa Cup nearly two weeks ago.

Narromine jockey Ricky Blewitt jumps back on board Track Flash at Talmoi on Saturday – wild horses wouldn’t drag him away.

“Track Flash is definitely my favourite horse – I’ve won seven races on him now from only nine rides,” Blewitt said.

Track Flash now awaits a date with destiny at Talmoi, and Blewitt believes the gelding can etch its name alongside grand-slam winners Mulgate, Gefilte and Tapakeg.

Acceptances for round three of bush racing’s Golden Triangle at Talmoi close at 9am on Thursday, June 21.