The $10.72 million project was funded through the NSW Government Infrastructure NSW Resources for Regions Program with a grant of $6 million, recognising the need to upgrade facilities supporting the resources industry and growth in the region.

Council and voluntary planning agreement (VPA) money made up the remainder of funds required for the project. 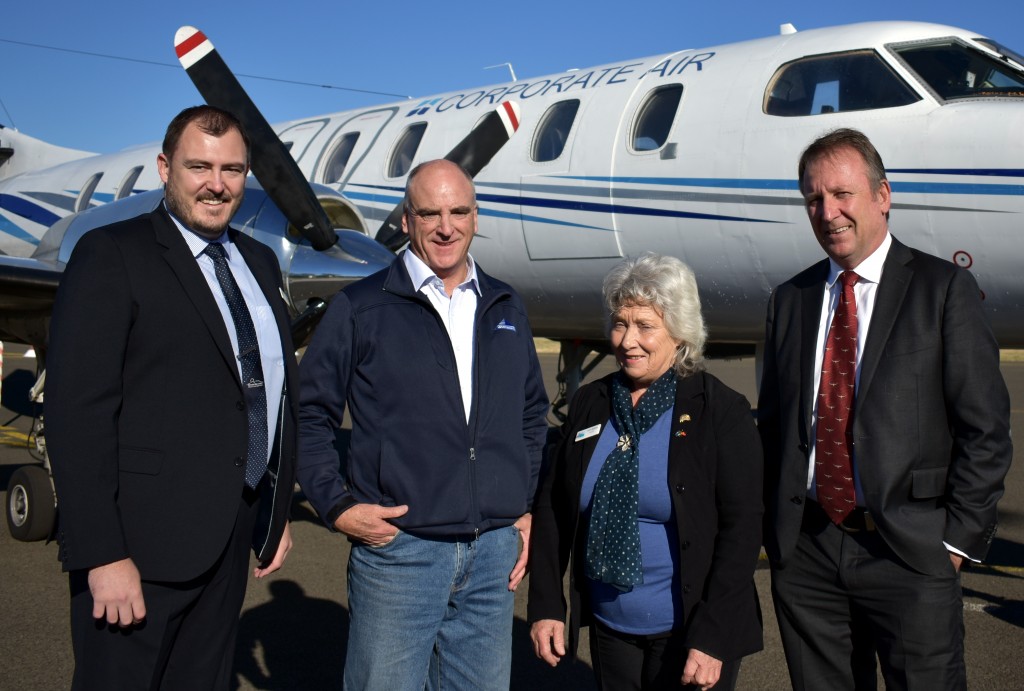 “This funding is part of the NSW Governments commitment to developing quality services and infrastructure in regional NSW and as Barwon is the largest electoral district in the state, covering 44 per cent of the land mass of NSW, it’s crucial that we align our efforts to support our growing regional centres,” Mr Humphries said.

“These updates to our airport have received the thumbs up from pilots and passengers alike who use the facilities frequently,” Mrs Redding said.

“The previous runway was in poor condition and required rehabilitation works to accommodate larger and heavier aircraft expected in the future. Upgrades have also been made in a number of other areas to bring the airport up to a high standard.

“The community can be confident that these works have future-proofed our airport for the growth of the Narrabri Shire community.”

The upgraded facilities have been well-received and already well-utilised with the introduction of a regular air service to Brisbane by Fly Corporate last year.

Passenger numbers have steadily increased on the Brisbane service since its introduction and the service will see well in excess of 2500 passengers for the 2016-2017 financial year.

This service will be joined shortly by Fleet Helicopters who will use Narrabri Airport as a satellite base for their growing helicopter surveying and tourism business.

As well as future-proofing the airport, the funding has helped make Narrabri Shire Airport much safer with advanced navigation aids including a precision approach path indicator (PAPI) installed to make landing safer anytime of the day and in all weather conditions.

Council has worked closely with the Narrabri Aeroclub, Avis, Thrifty, Hello World Travel and Fly Corporate who all provide services through the Narrabri Airport.

“Their ongoing support and confidence in the upgrades has been much appreciated by Council,” Mrs Redding said.

Textiles and artworks feature at The Moree Gallery’s new exhibition