ABOUT 18 months ago John Singleton was struggling to make ends meet.

He was on the work-for-the-dole scheme while actively looking for employment but it seemed at the time that there just wasn’t any light at the end of the long, dark tunnel.

On the other side of town, butcher Rob Moore needed staff – and he needed staff badly – but just finding the time to go through the process was difficult.

And that’s when employment agency BEST Employment stepped in to do all the hard yards.

In regional and country towns time is crucial for local businesses, especially when it comes to hiring staff.

The process of advertising, shortlisting the applicants, interviewing the top candidates and then successfully employing someone could take months.

And Mr Moore, who owns and operates South Moree Butchery, is just one local employer that is thankful for employment services like BEST.

South Moree Butchery is a small business that has been growing since it opened its door three years ago.

While striving to be innovative and meet local demands, the need to hire was growing but with a lack of time, it wasn’t a priority.

With a limited supply of qualified butchers in town, an apprentice was the answer, but finding the time to go through the process was difficult. 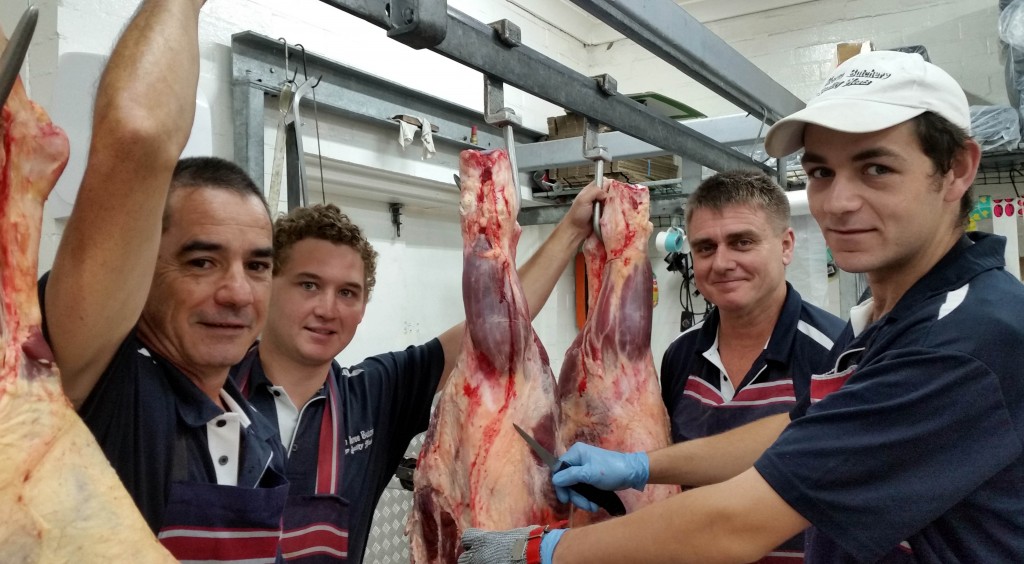 “I was looking to find people who would be here for a long period of time to sort of adapt to the things I wanted to do with the business,” Mr Moore said.

“If it was left to us to do we wouldn’t have John as an apprentice now,” Mr Moore said.

“We took the advice of BEST Employment’s employer specialist Mark Cubis and after looking at his list of potential employees, we interviewed John and he has been an absolute Trojan worker since day one.

“It was great that the interview was held on the BEST premises, so having that convenience to come over, be welcomed, be provided a very functional space was just so much easier than when people come in to the shop, especially if we are busy,” he said.

“It saves time when you are busy, it lets you screen candidates and you can take advice from the right people,” he said.

The days have been long and the work hard – and he absolutely loves it.

“Without this apprenticeship I would still be on the work-for-the-dole scheme,” Mr Singleton said.

“Working here for Rob and with a great team has been the best thing I’ve ever done,” he said.

Winners set to continue for Paget and Cunningham at Ballina today

Next post
Moree PCYC flush with $15,000 grant to update amenities