From the Moree Cup to the Melbourne Cup: career-defining moment looms for Blake Spriggs

CHIC Hartin remembers with absolute clarity the day she drove her 16-year-old son Blake Spriggs to Muswellbrook for his first ride under race-day conditions.

It was mid-March, 2008, and just another day at the office for most senior jockeys.

But for Spriggs it was a red-letter day that is firmly etched in his memory – and his mum’s.

Spriggs collected a minor race on speedy mare Sixty Watt for the late Phil Anderson, a popular Broadmeadow trainer who sadly passed away two years ago.

“Blake actually started riding work for Phil, who only had a small stable. He rode Sixty Watt every morning and Phil entrusted him with the ride at Muswellbrook,” Chic said.

“Watching from the grandstand by myself, especially when it’s your own child out there, is so nerve-wracking.

“The drive up to Muswellbrook was rather quiet but Blake’s phone never stopped ringing all the way home,” she smiled. 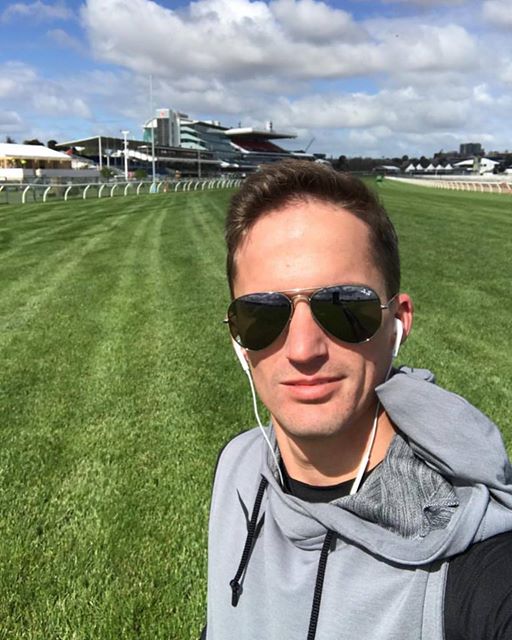 Spriggs made an immediate impact and the weekend road-trips with Chic to race meetings across NSW became the norm.

During his first year in the saddle Spriggs rode plenty of winners across the Hunter and north-west, including his mum’s hometown Moree Town Plate on Dashound.

Not long after winning his first major at Moree, Spriggs and his mum were back on the road, again to Muswellbrook.

It was Melbourne Cup day and Spriggs had again teamed up with Anderson, who had remained loyal to the young apprentice.

Spriggs had learned a lot about loyalty from his late grandfather, Moree racing legend Kevin Hartin, and it is this quality – rare in the dog-eat-dog world of racing – that has remained steadfast.

Spriggs led throughout to win the 2300m Muswellbrook Marathon on Fair Trial for Anderson, and at Flemington about 40 minutes later – and more than 1100km away – 40-1 outsider Viewed handed Bart Cummings his 12th Melbourne Cup by the skin of a boarding house pudding.

“Blake was often told he should be riding work for the bigger stables but he stuck to his guns and stuck with Phil, so it was exciting when he led all the way and won, especially on Melbourne Cup day,” Chic said.

On the trip home to Newcastle that day, this slip of a kid sitting gunshot in the passenger seat next to his proud mum, must have pondered what it was like to gallop down the home straight at Flemington – watching the famous clock tower whizz by – on that fabulous first Tuesday in November. 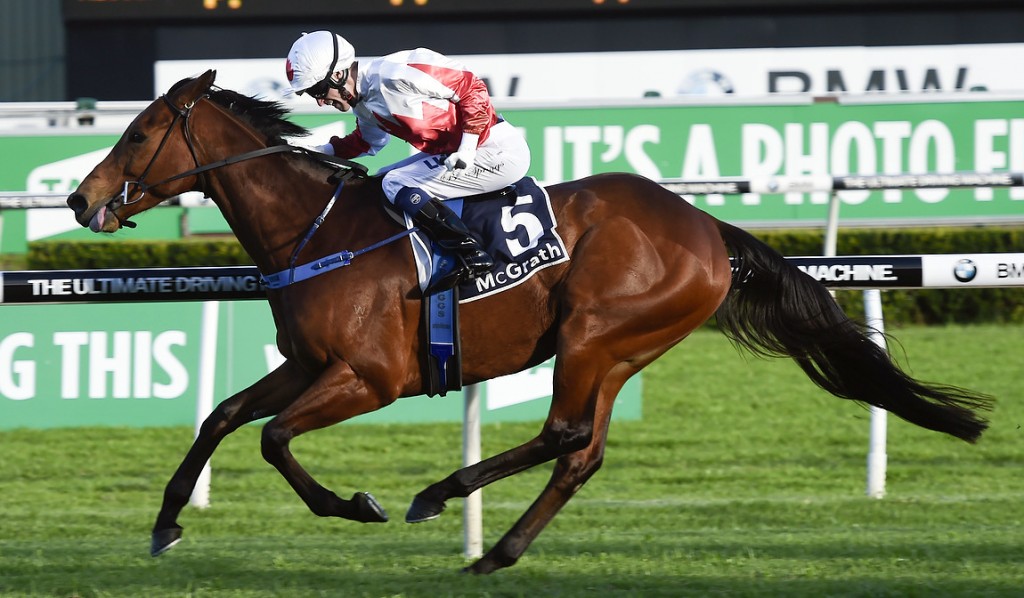 Back then it was a “what-if” moment, a seemingly over-the-top aspiration that every young rider surely dreams about.

Fast-forward the calendar eight years and Blake Spriggs is again heading to the races on Melbourne Cup day.

This time however the kid that cut his teeth at Gravesend pony camps and made regular visits to Moree to be mentored by his grandfather, is not heading to Muswellbrook.

This time, Spriggs is flying business-class to Melbourne to ride in the race that stops a nation.

Now 24, Spriggs has risen from booting home a Moree Cup winner – a race he won as an apprentice in 2009 – to be one of 24 riders hand-picked from around the world to ride in the time-honoured Melbourne Cup.

This is the race won by the likes of Carbine, Phar lap and Makybe Diva.

Heck, The Diva did it three times.

And it’s a race that will forever change the life – and career – of the jockey that steers home the winner.

Apart from the prestige and honour of being inducted into Australian racing folklore, the Melbourne Cup also offers a lucrative $180,000 payday for the winning rider – plus extras.

That’s a far cry from the $292.50 Spriggs earned for booting home career-first winner Sixty Watt at Muswellbrook all those years ago.

It will be Spriggs’s first ride on the famous Flemington racecourse – but not his first stroll across the emerald-green stretches of Australia’s most famous racetrack.

It was 25 years ago, nearly to the day, that Chic walked the Flemington straight-six course.

She was in town to watch Keith Dryden’s speedy galloper Shamrock Days tackle the feature sprint on derby day.

“I walked Blake down the Flemington straight 25 years ago on this actual day, the day before the derby,” she said yesterday.

“I was seven months pregnant with Blake and we were down there to watch Shamrock Days in the Straight Six,” she smiled.

Spriggs walked the course again last week – and no, there were no signs of déjà vu – and next Tuesday will be on tough old imported stayer Sir John Hawkwood in the race of races.

The eight-year-old bay, trained at Randwick by John Thompson, who crafted his trade when stable foreman for Bart Cummings, won The Metropolitan Handicap earlier this month – with Blake on board – before finishing midfield in the Caulfield Cup.

The gelding has since been the star track-worker at Flemington, and last Tuesday reeled off sectional times that had seasoned clockers searching for an on-course vet to treat them for lockjaw. 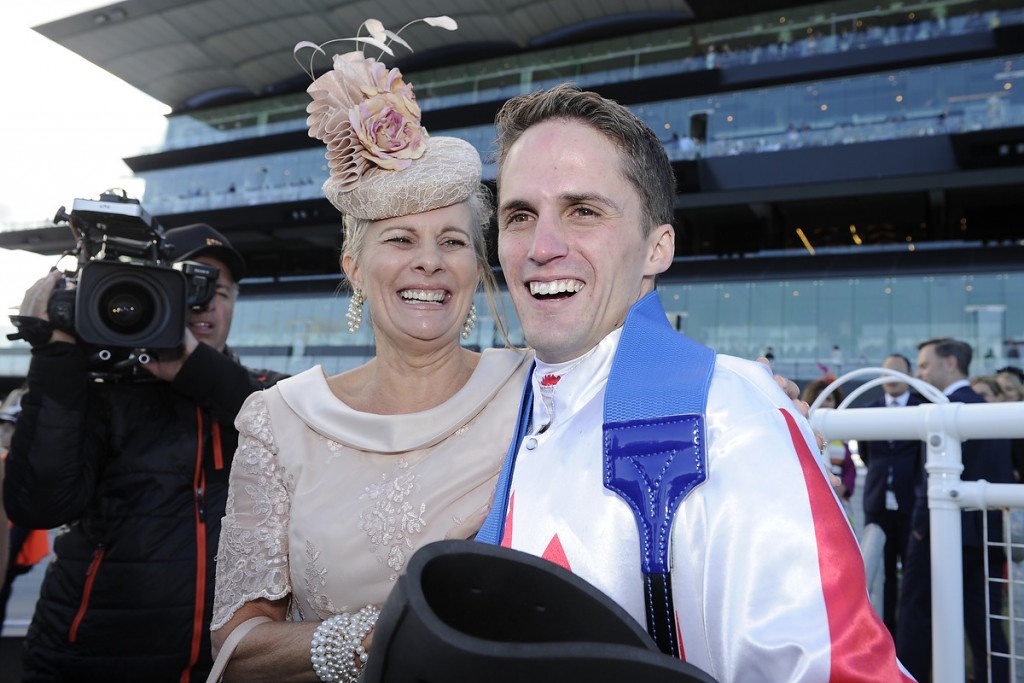 Sir John Hawkwood ran his last 400m in 22.3 seconds – a time befitting an Oakleigh Plater, not a Melbourne Cup hope.

Chic, who’ll be cheering from the stands at Flemington on Tuesday, says her son’s meteoric rise through racing’s ranks is, in part, due to being mentored in Moree by her father, Kevin.

“From the day Blake rode Sixty Watt to win at Muswellbrook, I continually get owners and trainers telling me what a good young man he is,” Chic said.

“I really do think he is so level-headed because of the time he spent in Moree with the person he loved most in the world – dad.

“Blake may not be a champion Jockey but he is a champion young man, and that is more important to me as it shows he has respect and loyalty,” she said.

“After all, it’s not where you start in life, it’s how you finish.

“Blake hasn’t had his career handed to him – he has worked hard for this opportunity. Not everyone makes it in this game and there were tough times thrown at him, many of those personal, through no fault of his own,” she said.

Sir John Hawkwood is owned by Paul Fudge of Waratah Thoroughbreds, an emerging racing and breeding empire nestled in the NSW Southern Highlands.

Fudge has remained loyal to his jockey and that loyalty – instilled in the young jockey by his pop, Kevin – was repaid in kind when Spriggs guided Sir John Hawkwood to a soft win in the Group 1 The Metropolitan Handicap earlier this month.

It was an emphatic win that indicated good things might be just around the corner – or, in this case, just over the border.

“Waratah Thoroughbreds is where Blake fits in,” Chic said.

“They are one big happy racing family and they bounce off one another and believe in one another – they are what Blake needed in more ways than one,” she said.

Next post
Moree Showground blaze believed to be deliberately lit