IT is not necessarily the fact that she scored a Band 6 and had the fifth highest result in the State for primary industries.

Nor that she received Band 5s for the remainder of her subjects – biology, English Advanced and Society and Culture.

And her prestigious title of 2017 School Captain?

No, not that either.

For Moree Secondary College graduate Bernadette Quirk, it’s the friendships formed – with peers, teaching staff and the wider Moree community – that has emerged as her greatest source of high school pride.

“At MSC what I loved most was how personal everything was – there is, without a doubt, an immediate sense of connection,” Bernadette said.

With a school culture that encourages friendships, not only between class peers but inter-grades, and personal connections with teaching and support staff, Bernadette believes this individual approach allows for more tailored teaching.

“The teachers find methods that work better for an individual; they understand each student and their mindset,” she said. 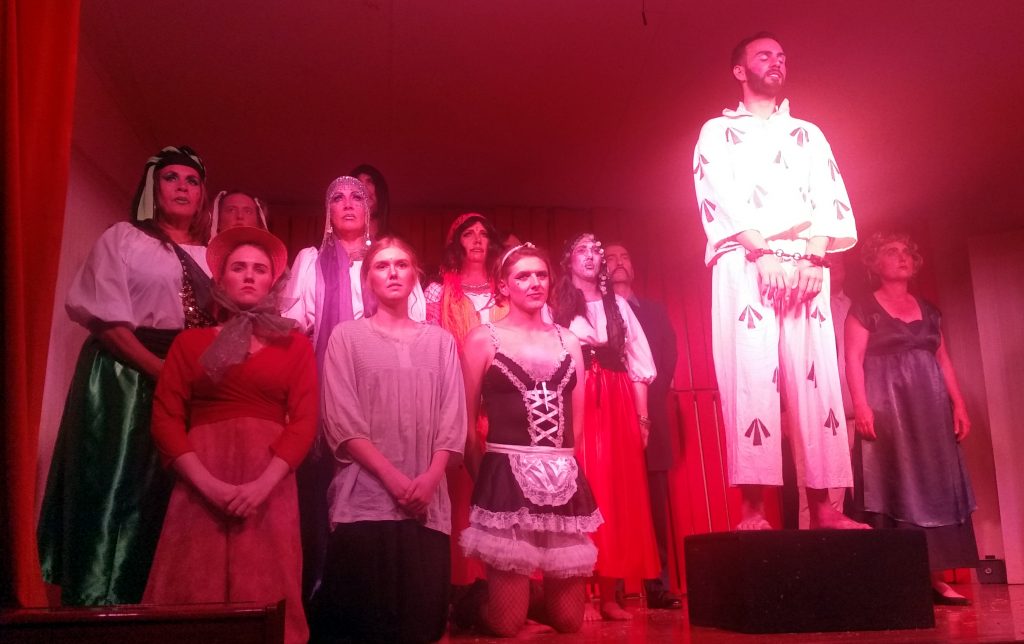 “There were times when my teachers could tell I was frustrated – not grasping a concept or feeling stuck – or maybe even anxious in the lead-up to exams, but they provided comfort, reassurance, and even alternative teaching methods to make sure I felt reassured too.”

One particular teacher had an enormous influence on this bubbly young achiever.

“Mrs Bethany Kelly, my society and culture teacher, challenged me in every lesson to consider both my own values and those in the ‘bigger picture’, and I felt I could approach her at any day, any hour, with questions or seeking guidance,” Bernadette said.

During the HSC, she explained that Mrs Kelly even ran extra classes for students to work on their Personal Interest Projects (PIPs) during the holidays.

“Three days a week – usually from 8am until 3pm – we could work with Mrs Kelly on our PIPs. The night before submission we didn’t leave the HSIE building until 10:30pm . . . Mrs Kelly encouraged me to keep going until I was fully confident with my submission,” Bernadette smiled.

“This was during her school holidays when she could have been spending precious time with her husband and three children, and I was honestly humbled by the experience.”

Bernadette also fondly cites Miss Mia Williams for fuelling a passion for agriculture and the sciences.

“Mia facilitated excursions and ensured we all undertook work placement, not only to complete the course, but to see what the primary industries workforce is like,” she said.

“Additionally, as Mia is a qualified Biology teacher, she assisted my peers and I at times when other methods and teachers couldn’t help.

“This boosted my confidence in the subject massively and helped me to feel comfortable with my knowledge.” 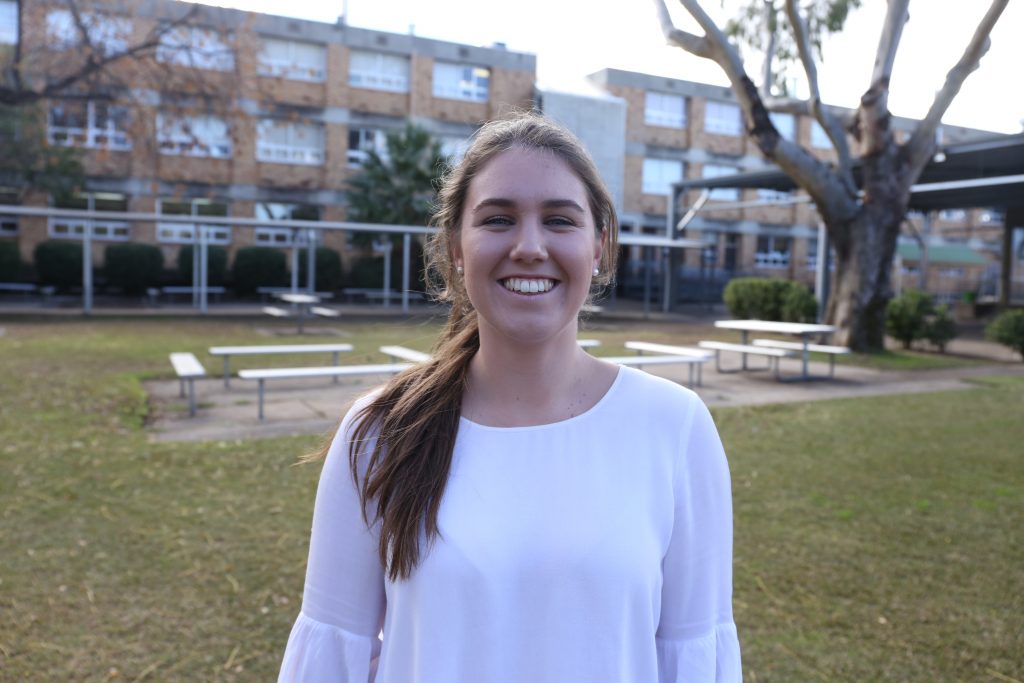 Bernadette Quirk at Moree Secondary College. She says it is the friendships formed – with peers, teaching staff and the wider Moree community – that has emerged as her greatest source of high school pride.

With the Bruce and Robyn Loder Scholarship, facilitated through Auscott Australia (Moree) and Country Education Foundation of Australia (CEF) also on her impressive resume, Bernadette is currently studying Bachelor of Environmental Science at University of Newcastle.

And while she’s making the most of university life, she’s also grateful to have had the opportunity to spend her high school years at home in Moree.

“Attending MSC locally allowed me to live at home with my family, who mean the world to me and were a massive part of my results at school – they were my motivators and my support network,” Bernadette said.

“Going home every afternoon and having parents that could watch me grow day by day, and see my achievements, however big or small, was so important to me, and I can’t imagine not having had that during those teenage years.”

Bernadette is also grateful for the encouragement she received to become actively involved in the community.

“Stevie Drenkhahn, who never actually took me as a student, inspired me to get involved in, and explore local theatre and performance,” she said.

“As such a friendly and bold personality, I look up to Stevie in many ways, and she is undoubtedly one of the cleverest theatre members Moree has to offer.”

“Stevie’s production The Red Barn was a massive step in local theatre for me. While I had done speech and drama from Years 5 to 10 with Nora Carrigan, another lady I owe so much to, The Red Barn was the first musical production I’d done outside of school and was some of the best fun I have ever had.

“At first it was scary to be working with an entirely adult cast, but by the time the production was finished, I was so thankful for the experience and friends I’d made.

“Not many high school students get the opportunity to take part in such a whole-of-community production, and I not only furthered my acting and ‘people’ skills but created a pathway for myself to connect with the Moree community,” she said.

The opportunity for Bernadette to earn her own money was also an appealing aspect of attending school locally.

“I was really fortunate to have a part-time job at Stephen Sparke Jewellers, which ensured I became more financially independent from my parents, and gain valuable life skills,” she said.

“My bosses were very understanding and accommodating when it came to needing time off for school commitments and study allocations, and I think mum and dad were certainly pleased I was earning my own money for once,” she smiled.

While Bernadette admits it’s too soon to know exactly what she wants to do after her degree, she is certain of her ultimate priorities.

“I can say that I truly hope to return home to Moree, or somewhere similar, eventually, where I can use my qualifications,” she said.

“Since leaving home I have realised how important rural values and close communities are to me, and I have enjoyed so many opportunities that I’m sure would have passed me by if I was in a bigger school or urban environment.” 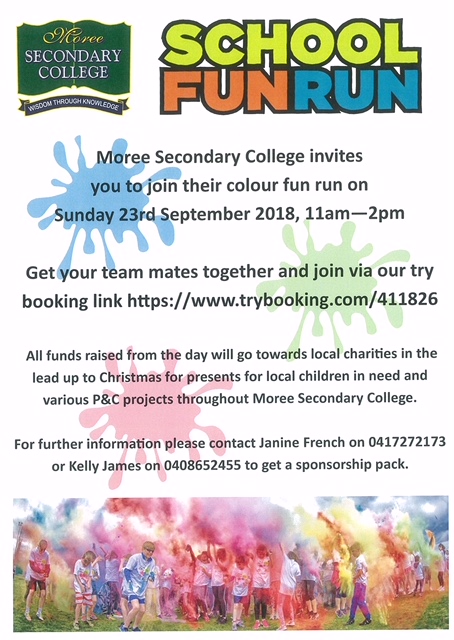 Share
Share:
Childhood sweethearts Michael and Kelly still call Moree home, and wouldn’t have it any other way

Childhood sweethearts Michael and Kelly still call Moree home, and wouldn’t have it any other way