Free Billy, trained at Moree by Peter Sinclair and owned locally by the well-known Bryans family, had just five horses behind him as the 16-strong field straightened for the run home.

Free Billy was beaten just two-and-a-half-lengths and remains on target to tackle the $40,000 Moree Cup on Sunday, September 4. 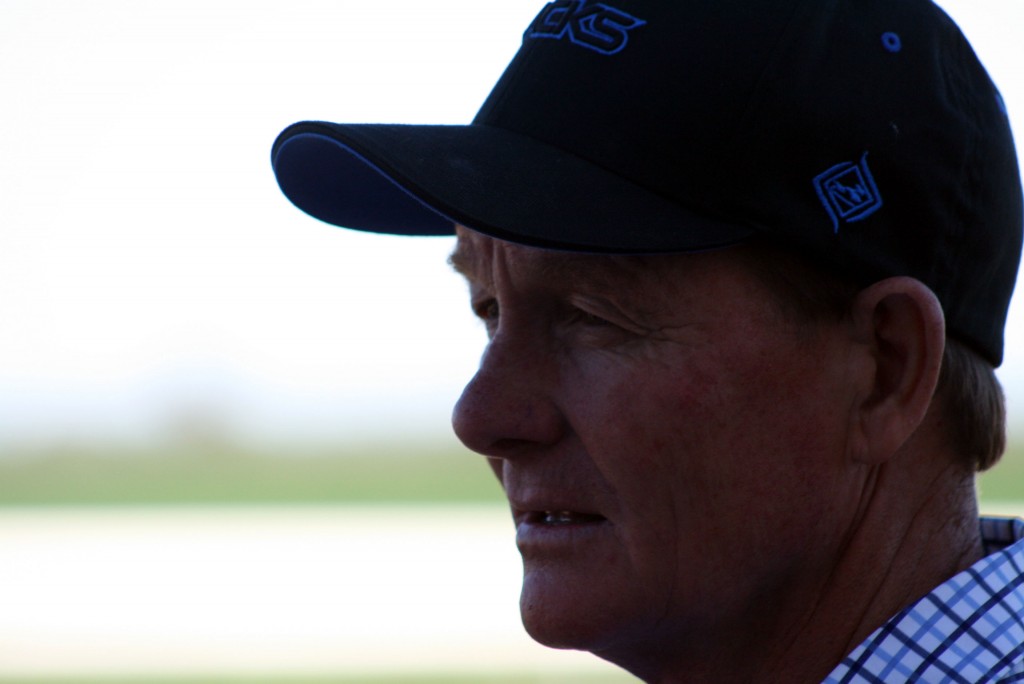 Peter Sinclair is aiming for a Moree Cup on Fathers’ Day with Free Billy. The popular Moree trainer last won the feature race 20 years ago with Storm Boy.

“It was a good run, and he had his share of weight,” Sinclair said.

Free Billy has been a bargain-buy for the Bryans family, who pooled just $8000 earlier this year to secure the five-year-old from an online auction.

And Free Billy gave his new owners an instant return by comfortably winning the Moree Chopper Cup back in February.

The gelding then collected wins at Armidale (twice), Goondiwindi and Toowoomba. He also came home hard for a nose second behind Halfway to Heaven in the Gunnedah Cup on Mothers’ Day.

“After that run we decided to give him a little let-up and look at the Moree Cup,” Sinclair said.

It’s been a busy weekend for Sinclair, who also started unplaced runners Arawak and Cool Rules at Toowoomba last night.

Real Blonde, a backmarker with a powerful finish, has drawn wide in barrier 12 but is well-suited under the set-weight conditions. She is currently at $9.50 with TAB fixed odds.

“She’s a real 1400m horse, maybe even further, but her two runs this time in have been good,” Sinclair said.

This year’s Moree Cup meeting features eight races and nearly $200,000 prizemoney – a record for the club.

Also programmed for the Fathers’ Day meeting are the official Hunter and North-West Racing Association premiership awards for the 2015-2016 season.

Association secretary Bob Scherf said the presentations would be made prior to the first race.

“In the past few years we’ve held the presentation at some of the bigger meetings in the association and the format has proven very popular,” Scherf said.