FORMER Pallamallawa resident and retired school-teacher Enid Maunder will treasure the letter she received this week from Queen Elizabeth congratulating her on turning 100 years of age – her second correspondence from Her Majesty in less than 20 years.

Enid reaches the centenary milestone tomorrow, July 17, and will celebrate at Bupa Glenvale Retirement Home in Toowoomba before joining a small group of family and close friends on Saturday at a private function.

During her early career Enid – born the youngest of eight children in 1920 – taught at Pallamallawa Public School and later at Moree Catholic Primary School. 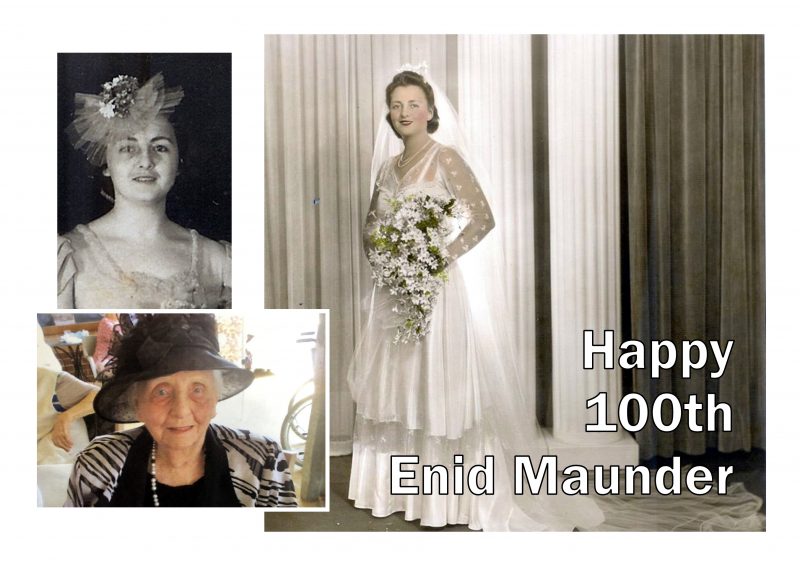 Jim and Enid had four children – Marilyn (Rollings), Kerrie (O’Keeffe), Robert and John, with baby Marilyn arriving while her father was serving overseas.

After more than five decades of working hard and enjoying life at Balmoral Park, Enid and Jim retired to Taree and then Palm Beach on the Gold Coast.

In 2003 they received a letter from Her Majesty to mark 60 years of marriage.

Sadly, Jim passed away eight years ago, aged 94, and three years after his death Enid moved to Toowoomba where she now resides at Bupa Glenvale Retirement Home.

Daughter Marilyn said her mum was a founding member of Moree Ladies Bowling Club and also a member of the CWA and Probus.

“Mum still likes to go out to lunch and even enjoys a little flutter on the pokies as well as spending time with her four children, their partners, 12 grandchildren and 27 great-grandchildren,” Marilyn smiled.

QantasLink’s Moree flights locked in until 2022