Flick on the footlights! MSC’s production of Mean Girls: The Musical is coming to Moree!

MOREE will get a taste of Broadway next month when the footlights are switched on, make-up applied and costumes donned for Moree Secondary College’s production of Mean Girls: The Musical.

Playing at the school’s Multi-Purpose Centre on Albert Street on September 15-16, Mean Girls: The Musical is based on the iconic teenage comedy film of the same name. 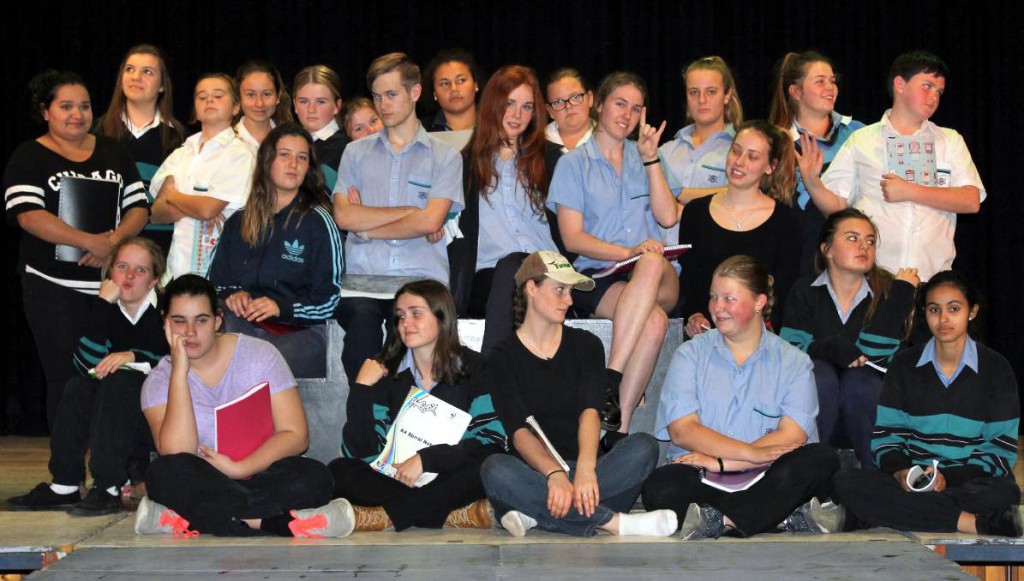 Mean Girls: The Musical is set to rock the rafters at Moree Secondary College’s Multi-Purpose Centre next month.

The school musical, directed by Drama and English teacher Joey Dixon and Dance and French teacher Cassie Turnbull, follows the story of young student Katie, who moves with her zoologist parents from Africa, all the way to Australia, where she attends school for the very first time.

Along the way Katie has to learn quickly how to fit in, make friends and not become the latest in school yard gossip.

“Students from Year 7 through to Year 12 have been madly rehearsing over the last four weeks, practising their dance moves, fine-tuning their singing voices and polishing their acting skills for what is the first musical Moree Secondary College has produced in three years,” Mr Dixon said.

More than 30 talented students were selected from auditions, with eight securing leading roles. However, Mr Dixon said it is both on and off the stage that the students shine.

“Many behind-the-scenes students are also responsible for managing the lighting, sound, make-up and costumes, not to mention a select few superstar musicians who form the fantastic band,” Mr Dixon said. 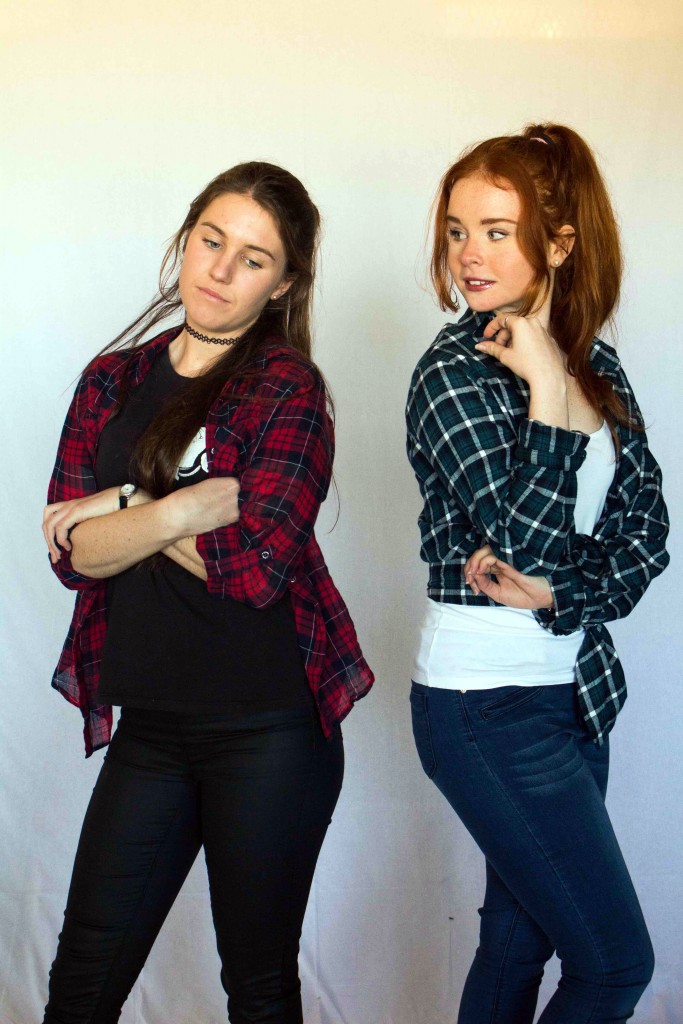 “For most of the cast, this is their first time on stage and students are showing their passion for the stage through their dedication and inspirational performances,” Mr Dixon said.

This is the second time in a starring role for 16-year-old ‘veteran’ Bernadette Quirk, who plays ‘Janet’.

Mean Girls: The Musical is Ms Quirk’s follow-up role after a stellar performance in the hugely successful town production of The Red Barn earlier this year.

“The story was chosen as it was something the kids all know and love and the show aims to promote the visibility of creative and performing arts within both the school and our wider community,” Mr Dixon said.

Moree Secondary College’s creative and performing arts co-ordinator Stevie Drenkhahn is proud of the level of talent, energy and commitment each and every student has demonstrated.

Ms Drenkhahn, also a driving force behind The Red Barn, cannot wait to flick on the floodlights when Mean Girls: The Musical is presented to the Moree community.

“Moree Secondary College provides wonderful opportunities within the Arts areas such as drama, dance, music and so much more,” Ms Drenkhahn said.

“I hope our production of Mean Girls: The Musical inspires a future generation of performers to take a leap and raise their hand to be part of the growing number of performance opportunities we offer at our college,” she said.

So what are you waiting for? 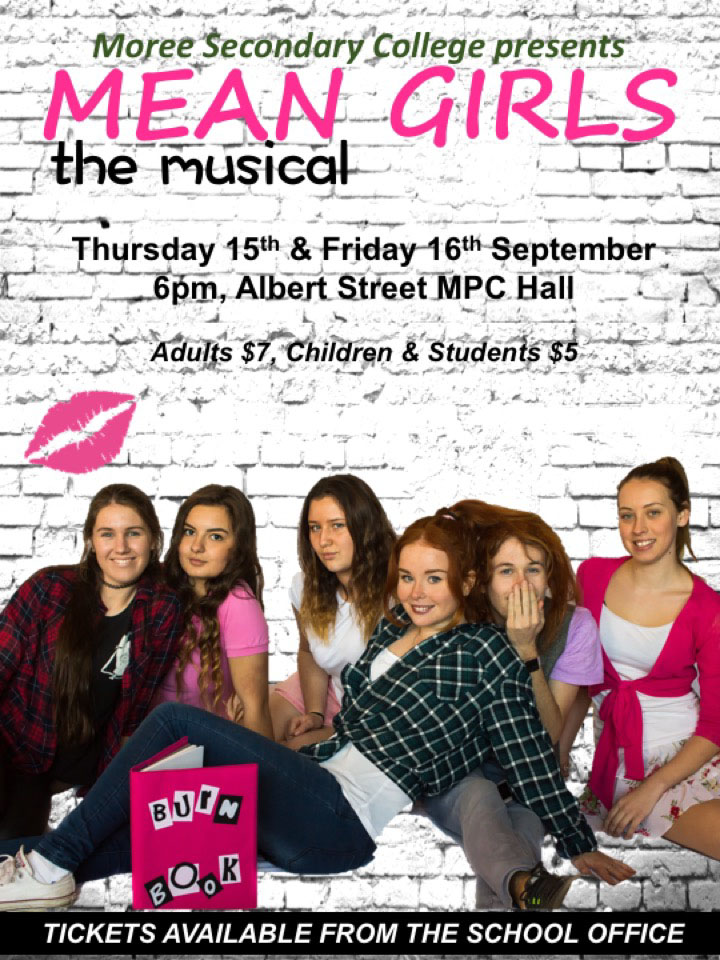 Bring the family along and check out Mean Girls: The Musical. It is a show that absolutely everyone will enjoy. There are only two performances, Thursday, September 15 and Friday, September 16 with doors opening on both nights at 6pm at the Moree Secondary College School MPC Hall on Albert Street.

Tickets can be purchased from the front office of both the Albert Street and Carol Avenue campuses. Adults are $7, students and children are $5.

The show is made up of two 35-minute acts with a 15-minute intermission when drinks, snacks and Pink ‘Mean Girls’ themed goodies will be available.