Carrying 2,200 tonnes of locally grown grain from Broadbent to the Port of Newcastle, the train will replace 56 B-double trucks that would be heading usually heading to Brisbane. It’s so large that it takes six hours to fill, working non-stop.

The project, one of six Fixing Country Rail pilots announced in August last year, was completed $400,000 under budget, with the NSW Government contributing $1.6 million towards the reinstatement of the 2.8 kilomtere section of the discussed Moree to Inverell branch line. 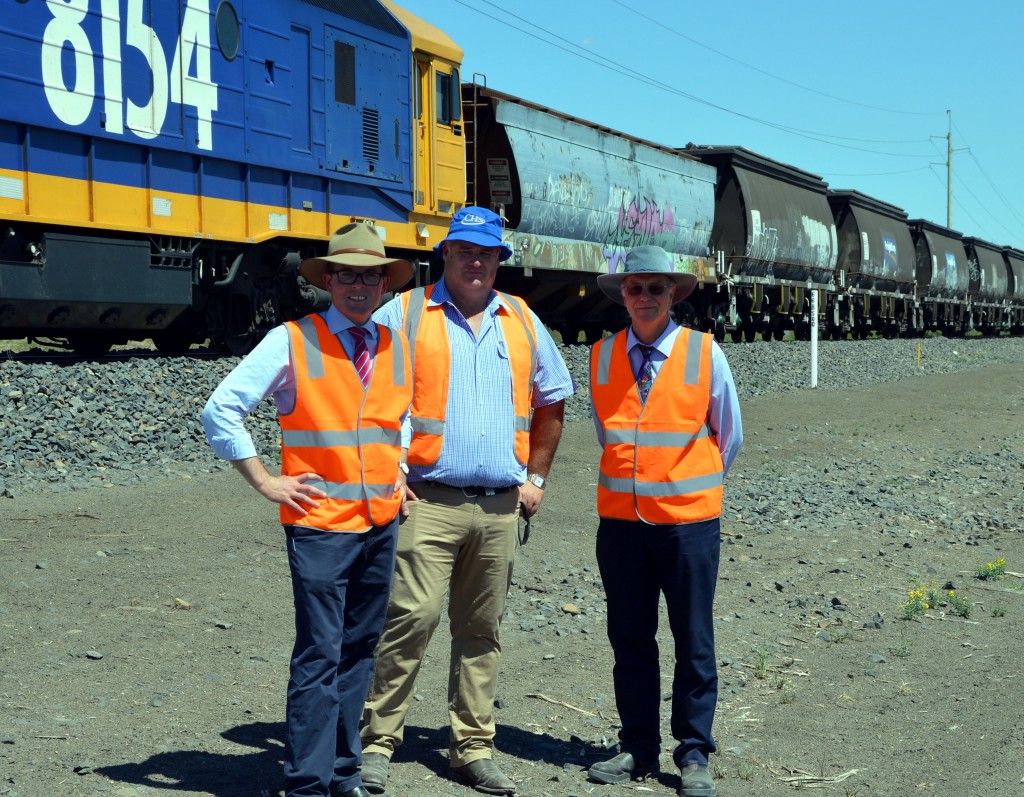 Mr Marshall said the upgrade was expected to shift 250,000 tonnes of grain and 6,400 cargo boxes of cotton and pulses from road to rail each year, and would see significant freight cost savings between Moree and the Port of Newcastle. Each train saves around $40,000 in freight costs for producers.

“Today is a great day for growers, the agricultural sector and Moree,” Mr Marshall said.

“This train carries some 2,200 tonnes of crop destined for other shores. It means growers now have a much larger market, for up to 40% less in freight costs. Additionally, it will cut 6,500 truck movements from local roads and the Newell Highway, improving safety and cutting maintenance for Moree Plains Shire Council.

“Projects like this make sense and it’s great to see new rail being laid and put to good use in our region – it’s one of the very best investment governments can make – greater efficiency for our agricultural sector.”

Co-ordinated and funded by Transport for NSW and built by John Holland Rail, the upgrade complements Broadbent’s investment of $3.3 million in bulk rail loading capacity and hard stand infrastructure at the site.

“We are excited about the greater efficiency afforded to us by this rail connection. We expect substantial reductions in load times as well as productivity benefits from the lower travel distance and freight rates,” Steve Broadbent of Broadbent said.

Fixing Country Rail is funded through a $400 million Rebuilding NSW reservation. The pilot round of six projects, funded through an allocation of $15 million, aims to determine how to best approach the full initiative which will deliver rail upgrades such as rail sidings, passing loops, opening unused rail lines and track upgrades to enable increased axle weights.

ALSO IN THE NEWS

That is the opinion of Tourism Moree CEO Tammy Elbourne and Pius X Aboriginal Corporation chairperson Cathy Duncan, who both agree that deregulation could open the airways to substandard flight services, with a worst-case scenario being no service at all.

Next post
Barwon LAC start 2017 on a busy note