REGIONAL: A major milestone has been reached for the $62 million Gunnedah Bridge, with the first girders lifted into place over the rail corridor on Tuesday.

Member for Tamworth Kevin Anderson said the 195-metre-long bridge over the railway line would connect the Oxley Highway with Warrabungle Street.

“This is great news for Gunnedah, despite the recent wet weather I’m really pleased at how this project is moving along.

“The new bridge will change the way motorists and freight operators move around the region, providing a smoother, more efficient journey along the Oxley Highway.

“Girder lifts are always challenging, but with installation now underway locals will really be able to see the bridge take shape. 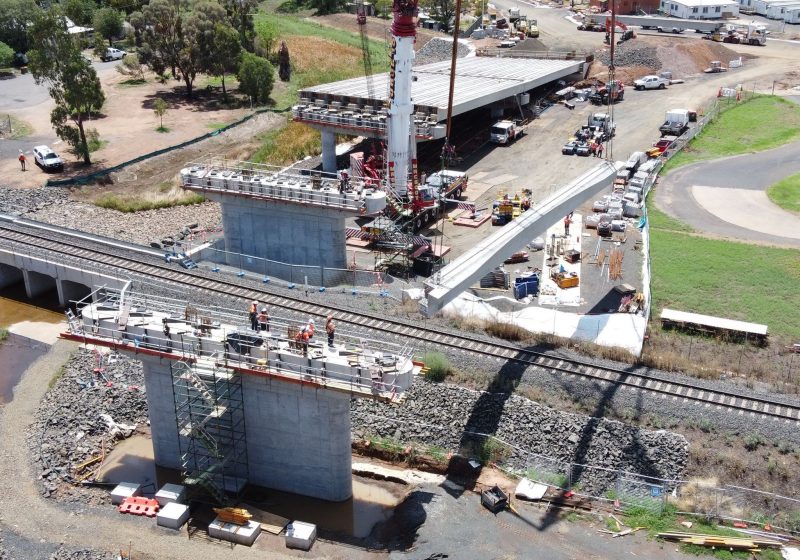 Girders being placed over the rail line as part of the construction of the Gunnedah road over rail bridge: Aerial photos taken with permission.

“Up to six girders a day will be lifted over a three-week period and a 500-tonne crane has been brought in for the process.

“When this bridge is finished Gunnedah will have a whole new outlook to its traffic flow and safety for motorists and truck drivers,” Mr Anderson concluded. 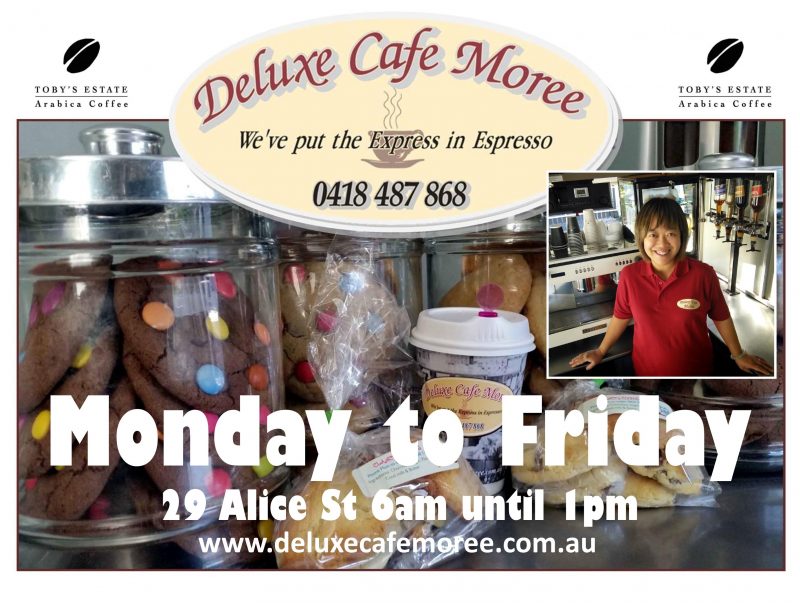 The new bridge will replace the existing New Street level crossing and will provide an unrestricted Higher Mass Limit freight route through Gunnedah.

Transport for NSW and its contractors will be working continuously during a scheduled rail shutdown between 6am on Tuesday, 11 February and 7am on Friday, 14 February, weather permitting.

The continuous work schedule is required because activity within the rail corridor must be timed to occur when the line is closed for maintenance.

The $62 million project is funded by the NSW Government and is on track for completion in mid-2021.

A man and his horse: still good mates after all these years

Next post
A man and his horse: still good mates after all these years