FARMERS affected by bushfires last summer across the region will continue to receive critical financial support following an extension of the Special Disaster Grant program, announced today by Minister for Agriculture and Member for Northern Tablelands Adam Marshall.

Mr Marshall said local farmers would have more time to apply for the $75,000 grant, and would benefit from expanded eligibility criteria.

“This program has played a crucial role in keeping many of our local farmers on the land after being devastated by severe bushfires on top of the worst drought on record,” Mr Marshall said.

“More than 270 farmers across the Northern Tablelands have already received $16.4 million through this program to help cover the costs of repairing and rebuilding infrastructure on their properties.

“By increasing the scope of the grant, farmers who were previously ineligible may now be able to access this critical funding, which is why it’s more important than ever for fire-affected primary producers to contact the Rural Assistance Authority.”

Mr Marshall said the program, which was scheduled to close today, would now be available until 15 December this year.

“I recognise our farmers have a lot on their plates at the moment, dealing with bushfire recovery and the lingering impacts of drought,” Mr Marshall said. 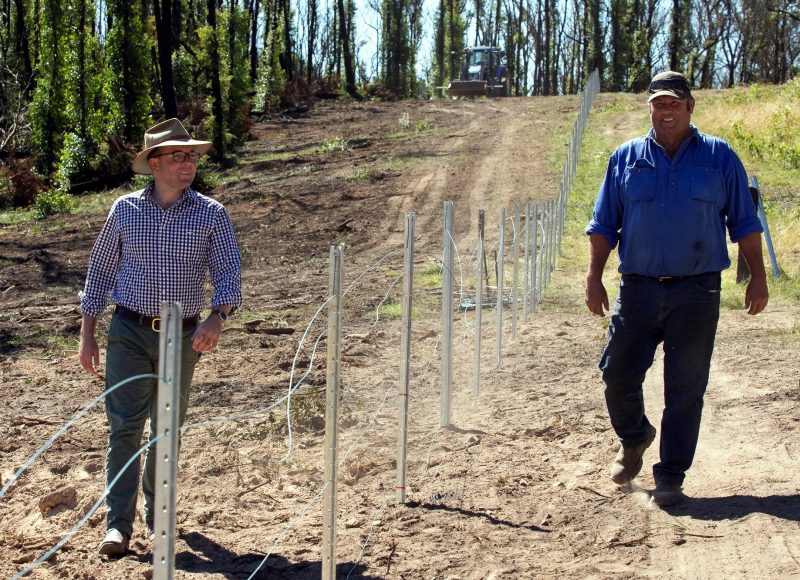 Northern Tablelands MP Adam Marshall, left, with Ebor grazier Gary Elks who has used the special disaster grant to replace internal fencing on his property, burnt out earlier this year in the Bees Nest bushfire.

“Everyone is at a different stage of recovery, so giving farmers more time to apply is just one thing we can do to take some of the pressure off and make their lives that little bit easier.”

Key eligibility changes to the program include:

Applications for the Special Disaster Grant can be made via the NSW Rural Assistance Authority (RAA), either by calling 1800 678 593 or online at www.raa.nsw.gov.au

This assistance is provided through a joint Disaster Recovery Funding Arrangement between the NSW and Commonwealth Governments.

A FINANCIAL shot in...

WITH only weeks until...