POPULAR Moree singer-songwriters Merri-May Gill and Fi Claus will take the next step in their already extraordinary careers – a quantum leap, in fact – when they produce and record a new album alongside some of Australia’s best-loved musicians in Melbourne.

Merri-May and Fi have formed new group Sunday Heart Parade, which next week records its debut album at Melbourne’s Sing Sing Studios, arguably one of Australia’s most iconic recording venues.

All tracks on the album were written by Merri-May and Fi, who for several years now have wowed audiences across the north and north-west and much further afield with their eclectic style.

The songs, written about life and the love Merri-May and Fi have for each other, were penned last year as a timeless celebration of their 10-year wedding anniversary. 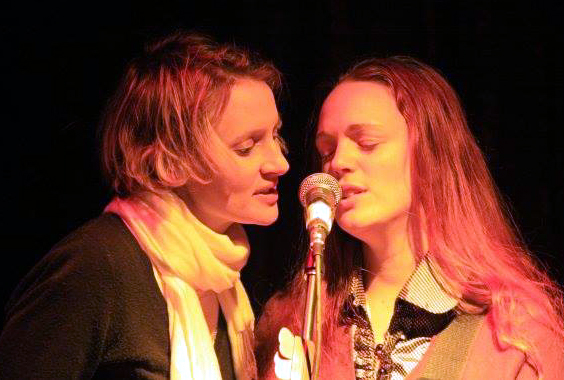 Merri-May Gill (left) and Fi Claus will team up with some on the biggest names in the music industry to record a debut album for new band Sunday Heart Parade . (Image supplied)

The new album’s style is lo-fi, minimalist modern folk-pop and features a microKorg keyboard which, with 37 keys and 128 timeless sounds, creates the true enjoyment of synthesis.

Fi has sung backing vocals for Pete Murray, Paul Kelly and Angie Hart while Merri-May Gill has performed at festivals around Australia, the UK, USA and Canada in her comedy cabaret past-life.

They are also known in this neck of the woods as Little Poppy.

Merri-May and Fi will also produce the exceptional album – offered to the public with a truly unique twist.

Sunday Heart Parade features vocals by Angie Hart, whose alternative pop group Frente! rose to prominence in 1992 when hit single Accidently Kelly Street rose to No.4 on the Aria charts.

Angie is joined on vocals by Melanie Horsnell, whose hit Sometimes was featured in the Canadian TV series Flashpoint as well as Something Urban’s lead singer Rachel Holmshaw. 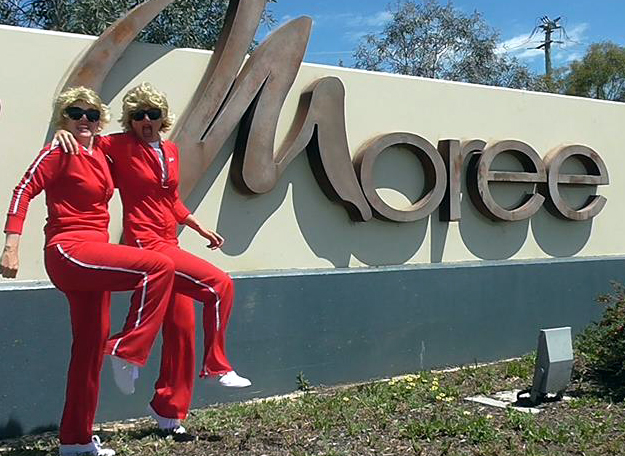 Fi and Merri-May are putting Moree on the map through their music. (image supplied)

Merri-May says getting all these incredibly talented people together in the one room at the same time was a feat in itself.

“The Sunday Heart Parade band concept is something we have been aiming towards for a long time, but it is so exciting to have it all suddenly possible this year,” she said.

“Rach, who is based in the UK, is visiting her Mum in Sydney, Bill and Pete have just finished recording a new album with Paul Kelly but are not yet on tour, and Angie’s own upcoming album is in a moment of pause, so this window has just materialised and we are all jumping through it together next week.

Fans of the genre are invited to sponsor the album via a sliding cost scale ranging from $50 to $2000.

It is a unique approach that enables people to purchase a truly unique piece of modern Australian music.

For example, Fi says, by donating $100 sponsors receive a wooden heart sculpture crafted by Merri-May, a pre-ordered CD or USB stick copy of the album, a copy of the original home-recorded pre-production version of the album – as heard on Sunday Heart Parade Vlogs – with vocals by Merri-May and Fi in CD or USB format.

“It’s so great to be able to give something memorable and collectible back to those who kindly donate to help make this album possible,” Fi said.

“Someone has already taken the $2000 option, which means he gets his name as part one of our song titles on iTunes, which is a once-in-a-lifetime opportunity for anyone who doesn’t have their own music on iTunes,” she said.

For more information on donating, or photos and videos of the recording process uploaded daily next week, go to www.sundayheartparade.com.

Inverell mower club a cut above with $15,000 grant

Moree boosted by some energising enterprise