A FAMILY outcast was welcomed back to the fold at Mallawa on Saturday when Favourite Sister redeemed herself with a nine-length walloping in the 1200m Landmark Moree Maiden Plate.

Finally, after 17 attempts and a history of feet problems, Favourite Sister posted her first win for Moree trainer Peter Sinclair, who is still mystified by the mare’s shock defeat at Moree picnics last month.

“When she first came here we were unaware that she had really bad feet – we’ve had terrible trouble getting them right,” Sinclair said.

“Vets told us about eight months ago that she’d never race again so we got Wayne O’Donnell, our blacksmith, to have a look at her. He agreed that there wasn’t much hope but decided to try and get her right, anyway.

“We used pads and special treatment that is used under the hooves and after a few months it got her back to racing,” Sinclair said.

Punters are still in a state of shock after Favourite Sister was beaten out of a place as a long odds-on favourite at round one of bush racing’s Golden Triangle at Moree in May but the four-year-old redeemed herself with a cakewalk win on Saturday.

“I just don’t know what happened at Moree the other day – she might’ve choked down or just didn’t like the wet track at all,” Sinclair said. 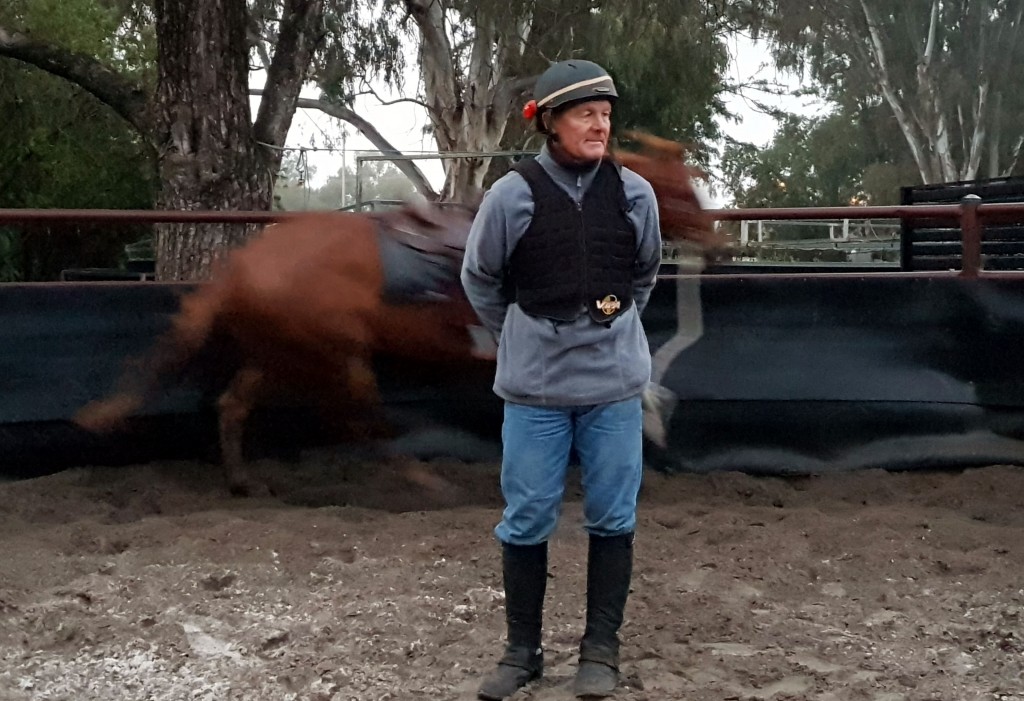 “I put a tongue-tie on her at Mallawa and she was a completely different horse – she did at Mallawa what I thought she’d do at Moree.”

Favourite Sister started Sinclair’s day out at Mallawa on the right note, however a series of losses left the popular Moree trainer shaking his head.

Real Blonde, second in the Moree Bracelet, could only manage fourth, Boolooroo Cup winner Track Flash was also fourth in the Mallawa Cup and Surf Ski and My Dubleo Boy were second and fourth respectively in the 1400m class B.

To rub salt into the wounds, Our Boy Danny, trained by Sinclair’s son Nathan, finished a narrow second in the Mallawa Cup behind Rodney Robb’s Rusty Motorbike.

“Mallawa has always been a bit of a graveyard for me – I don’t know what it is about the place.

I’ve been to past meetings there thinking I could get three or four winners and come home with nothing,” Sinclair said.

Meanwhile, impressive winner Favourite Sister will have her next start at Talmoi on Saturday, June 24.

“There’s a class 1 race there that will suit her so she’ll go out to Garah next start,” Sinclair said.

The Talmoi picnics, round three of the Golden Triangle, features six races including the 1400m Talmoi Cup and 1000m Talmoi Bracelet.

Nominations for the popular bush meeting close next Monday, June 19 at 11am with acceptances due by 9am on Thursday, June 22.

Share
Share:
Rusty Motorbike purrs in the Mallawa Cup while Victory Lass acts the dickhead in lead-up to Bracelet win