Member for Barwon, Kevin Humphries last week recognised one of the state’s longest serving Justices of the Peace, Eric Harland, with a commendation for 50 years of service.

Whilst touring the electorate last week Mr Humphries stopped in at Nymagee to present Eric with his commendation in person. 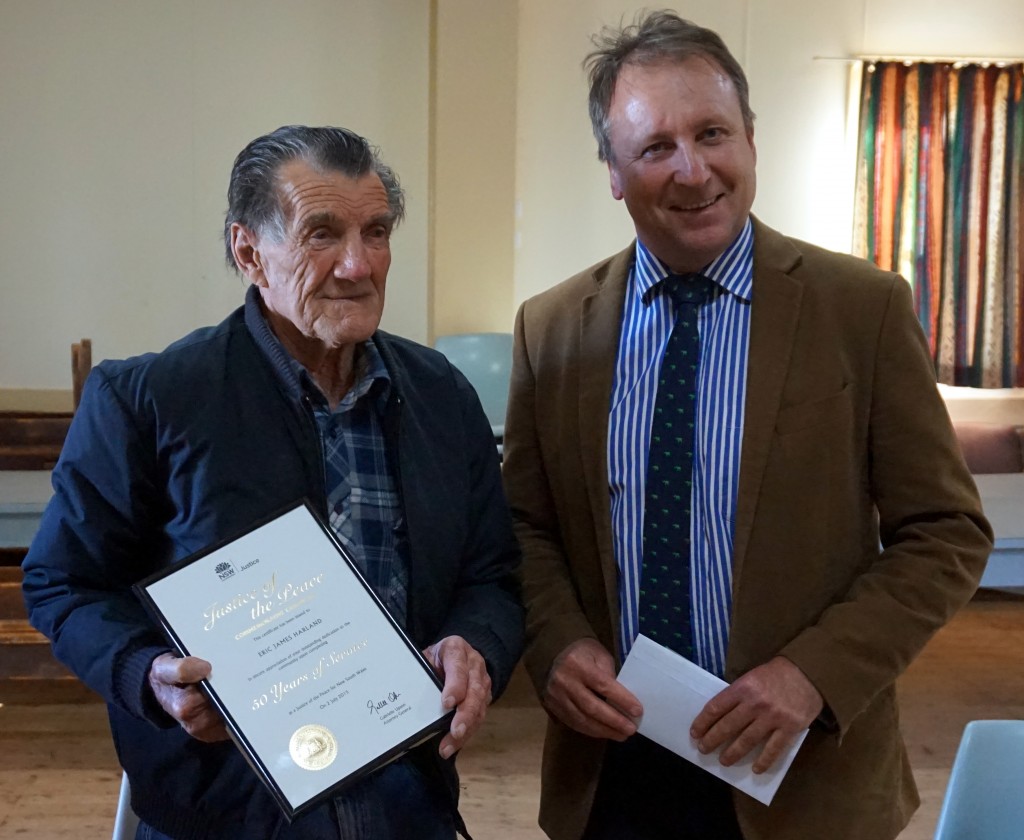 Member for Barwon Kevin Humphries presents Eric Harland with a commemorative certificate for 50 years’ service as a JP.

“It is a rare achievement to provide an important voluntary service to the community for such a long period of time and Eric thoroughly deserves to be honoured,” said Mr Humphries.

“Most of us will need a JP at some point in our lives and Eric has helped hundreds of people at key moments, such as buying a house, accessing superannuation or going to court.”

Justices of the Peace serve as an independent witness to documents people use for official or legal purposes. Their duties include witnessing the signing of statutory declarations or affidavits and certifying copies of original documents.

The Attorney General, the Hon Gabrielle Upton MP also praised the work done by Justices of the Peace.

“JPs are essential to many aspects of community life, including the efficient functioning of our legal system and these unsung heroes deserve recognition and our heartfelt thanks for their service,” Ms Upton said.

The NSW Government introduced commemorative certificates for 50 years of service as a JP in 2012.  Since then, approximately 2000 certificates have been awarded. More than 500 certificates will be issued in 2016.

People can search for a Justice of the Peace in their area by visiting the online public register of JPs at: www.jp.nsw.gov.au.  A JP fact sheet is available in 12 languages on the website.

Case for judges for the bush ramped up