AN emotional march on Saturday morning heralded the start of a big weekend for members of the north-west branch of the NSW National Servicemen’s Association of Australia and returned men and women from across Australia.
The Balo Street parade, with more than 60 uniformed men and women marching and many more travelling in vehicles supplied by the Moree Motor Enthusiast Club, began at the yet-to-be-opened Moree Regional Military Museum in the old town library building before finishing at the steps of the Moree Memorial Hall.
Special guest, entertainer Little Pattie, rode in a fully-restored army jeep, driven by Greg Fisher.
The march was the perfect ice-breaker to a huge reunion planned for the Moree Services Club on Saturday night.
The reunion, organised with the 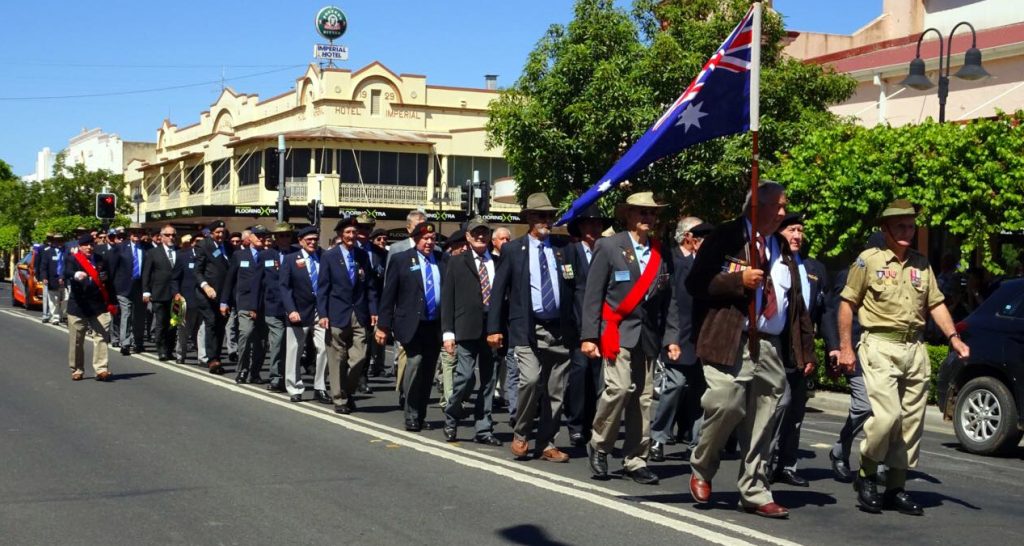 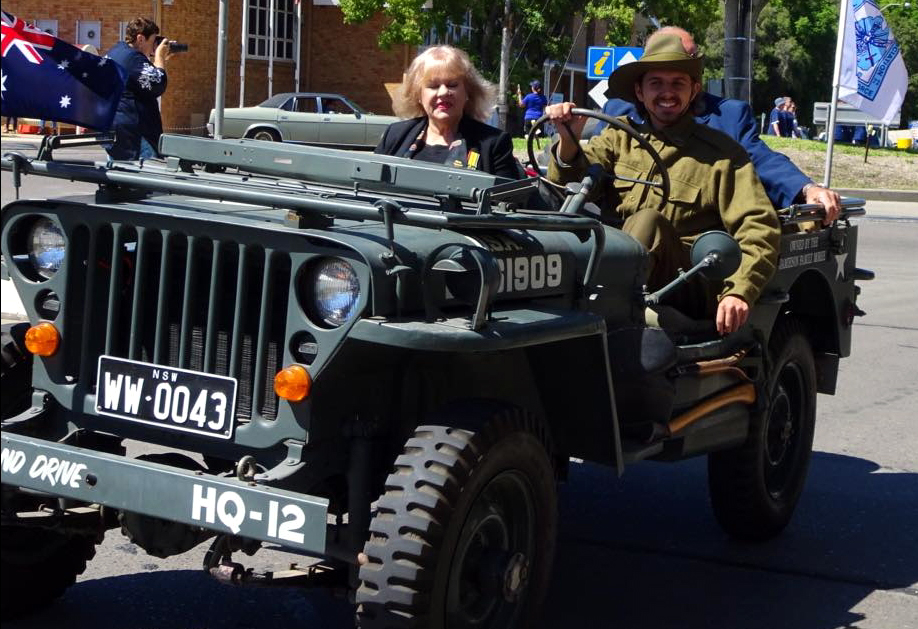 Entertainer Little Pattie is chauffeured by Greg Fisher during the march down Balo Street on Saturday morning (Image: Kat Williams).

help of the Moree RSL Sub Branch has drawn more than 200 visitors to Moree as well as all local returned men and women and national servicemen.
Local branch president Reg Jamieson said the march “went off without a hitch”.
“The march was terrific, and the re-enactment group from Gosford were fantastic,” Mr Jamieson said.
“They led the march and when they got to the Memorial Hall they took their positions next to the pillars, and were fully outfitted with rifles and bayonets . . . they were incredible.
There were a lot of marchers and quite a few were chauffeured in vehicles supplied by the Moree Motor Enthusiast Club, which was a great gesture,” he said.
“There were quite a few spectators lining the main street and they all applauded us as we went past – it was quite emotional.
“We also had a police escort and the local police have been very helpful in working with us to organise everything,” he said.
Visitors were also treated to a pre-march tour of the new museum, which organisers hope to be opened to the public soon.
“Everyone was very impressed with what we have done so far with the museum,” Mr Jamieson said.
The reunion, with special guest Little Pattie set to rekindle some bitter-sweet yet fond memories of Australia’s wartime history, starts at 6pm.
“It’s going to be a great night. We have some great entertainment lined up including Little Pattie and Moree’s own The Contingency Plan as well as Max Pringle, a great bush poet from Narrabri, and our local star Michael “Ando” Andersen has volunteered to emcee for us,” Mr Jamieson said.
Words: Bill Poulos
Images: Kat Williams

We will remember them: 25th Annual Allied Forces and Nashos’ Reunion an emotional event

Next post
We will remember them: 25th Annual Allied Forces and Nashos’ Reunion an emotional event