Edith Guyer, 92, will let bygones be bygones and march proudly on Anzac Day

WHEN a returned serviceman at the Moree Anzac Day march a few years ago smugly suggested to Edith Guyer that she “should go down the back with all the schoolkids”, the comment stung.

Mrs Guyer was in her late 80s – she’ll be 93 in a couple of months – when the remark was uttered.

As a Women’s Auxiliary Air Force (WAAF) recruit in 1945, Mrs Guyer did her fair share for the war effort, but with that stinging remark she vowed to never again march on Anzac Day.

However, with the recent news that women across Australia will this year lead Anzac Day parades, Mrs Guyer has decided to let bygones be bygones.

She will polish her cherished medals, as well as those of her late husband Bill, pin them to her chest and march proudly down Balo Street on Wednesday morning.

There has even been a kind offer to collect Mrs Guyer from her Moree residence in a restored army jeep and chauffeur her during the march.

But Mrs Guyer wants to march, and she’s not a lady to argue with when her mind – and heart – is firmly fixed. 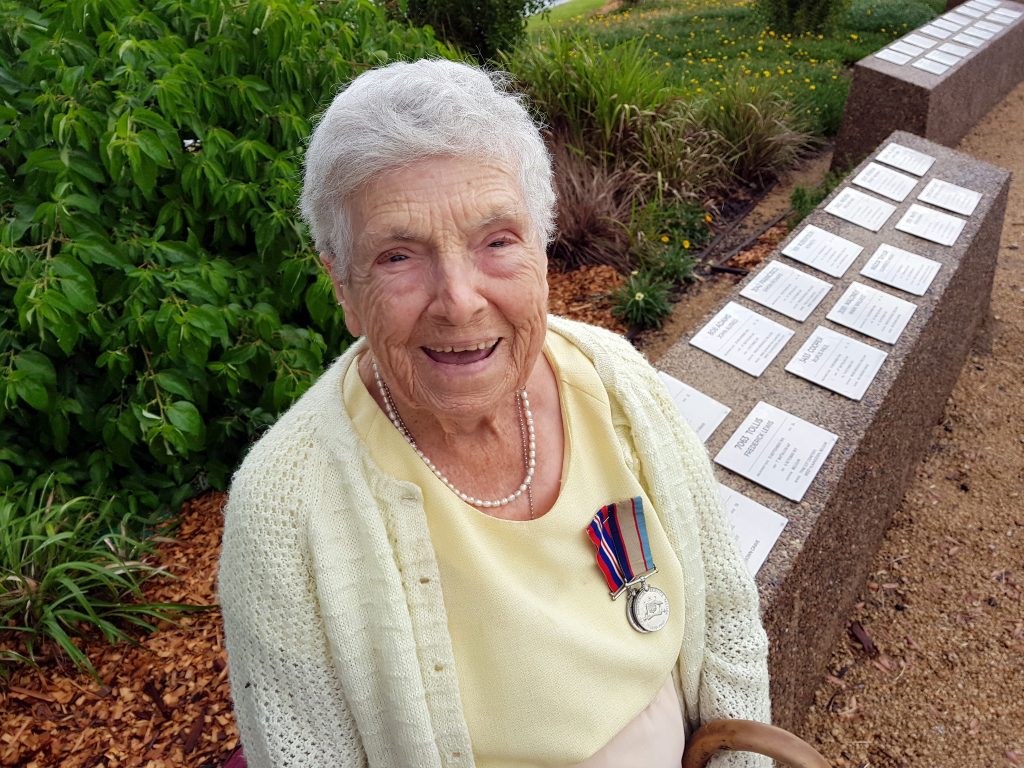 She’s fiercely independent, headstrong and as sharp as a tack – and proud that she worked tirelessly for the war effort at No.5 Elementary Flying Training School at Narromine 73 years ago.

But that one cutting remark still haunts her.

“It was rather rude, and I haven’t bothered to go to any more marches since,” Mrs Guyer said.

“The men were all riding in vehicles and vintage cars but I was able-bodied and ready to march.

“I got in line and was ready and waiting, and was told by one man to ‘go down the back and march with the schoolkids’.

“I’m not an argumentative type of person so I just ignored him. I was deeply offended however, and I still am,” she said.

But in a major military reshuffle, women will this year lead the charge at Anzac Day parades around Australia, with RSL branches in most capital cities placing female veterans out in front.

It is widely regarded as long-overdue, and a fitting show of support for the thousands of women that have largely gone unrecognised despite their patriotic contribution to war-time Australia.

“It is great that women will be leading the marches . . . it will be a bit of a change,” Mrs Guyer said.

“Even in the air force, amongst our own men, we were often regarded as inferior to the men, but you just learned to accept that and ignore it.

“It’s good to see that things are changing.

“We were contributing to the men’s training, helping to turn them into a force of the highest calibre.

“I was only bashing a typewriter for a lot of the time. I worked for the engineering officer, who was working on the spitfires and I would type up his reports and findings,” she said.

“One problem with the spitfires was that they weren’t really suited to the harsh Australian weather and the engines quickly overheated. 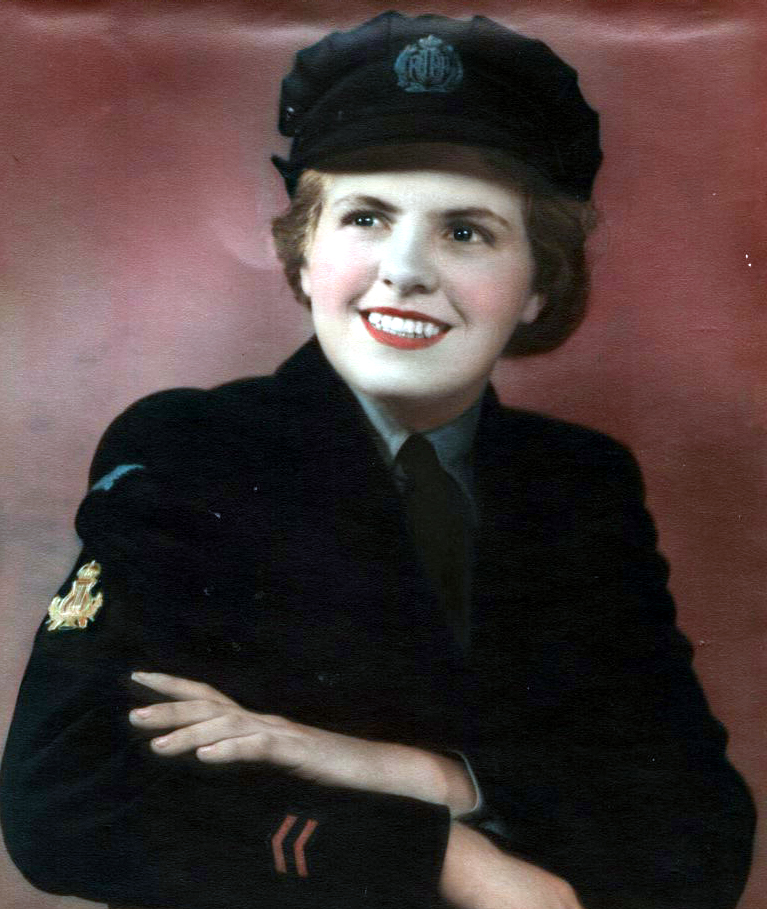 Edith Guyer as a young WAAF in the 1940s (Image Supplied).

“Experiments were carried out in an attempt to find a more suitable engine coolant,” she said.

Mrs Guyer’s main job was to produce Daily Routine Orders and Personnel Occurrence reports required by HQ which listed the comings-and-goings of personnel.

“After that, there was the typing required by the Orderly Room and the various officers in the administration section, from the CO down,” Mrs Guyer explained.

“When it was found that I was able to write shorthand, and inquiries were established, I was called in to take down the evidence, and transcribe and write it up for witness perusal and signatures.”

Established in 1939, WAAFs were the female auxiliary of the Royal Air Force during World War II and, at its peak numbers exceeded 180,000, with more than 2000 women enlisting each week.

The Narromine base was one of twelve elementary flying training schools used by the RAAF to provide introductory flight instruction to new pilots as part of Australia’s contribution to the Empire Air Training Scheme.

Mrs Guyer said she “found myself in uniform” just a few weeks after her 18th birthday.

“In 1943 I was lined up at Bradfield Park with a group of some 30 strangers for my first meal WAAF-style,” Mrs Guyer fondly recalled.

“It took some days before we were fully kitted out with our uniforms. We were measured for ‘comfortable’ shoes that rubbed and blistered our feet, exacerbated by the constant drilling, marching and route marching.

“There was even a bottle of metho supplied to the hut to ‘harden up our feet’,” she smiled.

“At the end of our ‘rookies’ we had learned how to be WAAFs and were then posted out to where ever our services were required.”

Mrs Guyer was sent to Narromine, arriving unheralded on the Bourke mail train from Sydney.

“The other new postings and myself were gathered up and dumped at the orderly room for processing,” she said.

“I was in the air force as soon as I turned 18. When the war looked like ending many of the air stations started closing down. There were enough pilots and they didn’t need any more.

“Narromine was closed down and we were made an OTU – Operational training Unit – and experienced Battle of Britain spitfire pilots were brought out and used as instructors.

“It was decided to move the OTU to Parkes and we spent the remainder of our time there – more than two years,” she said.

“I was one of the lucky ones, flying to Parkes in formation in a wirraway instead of having to bounce along in the back of a lorry.”

There wasn’t much rest and relaxation, but when time allowed the townsfolk of Narromine opened their collective hearts as well as their homes to uniformed servicemen and women.

“There was a house set up as a club, where we could relax and take part in recreational activities like table tennis, bobs, darts and chess. 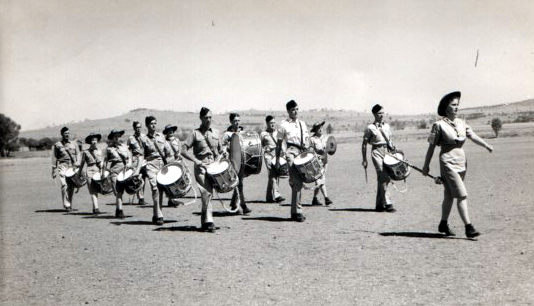 “In the evenings people would arrive with their home-cooked contributions towards the evening meals and all they asked was that we drop a coin in a box provided.

“Many of these townspeople would invite two or three of us at a time to their homes for weekends, or out to their country properties to join the activities there,” she said.

“We also put on our own entertainment, drawn from the talent passing through – and there was plenty of that to pick from.

“I was heavily involved with both the brass and drum bands which were formed while I was at Narromine, and stayed involved right through until almost the end.

“It was very rewarding and we contributed to the war effort fund-raising by marching at various functions in the area,” she said.

Elementary Flying Training Schools across NSW were gradually decommissioned after the war, but Mrs Guyer’s fond memories are still very much alive.

“The aircraft at Narromine were dear old tiger moths. They were slow but efficient and, being so light, they had great gliding ability which made them very suitable as training planes.

“Now, more than 70 years later, if I hear a tiger moth – there are still a few about – I can pick the sound of the engine and I’ll immediately dash outside to see it,” she smiled.

What you need to know:

The Dawn Service will be at 6am at the Moree Services Club Memorial Window.

Marchers are required to assemble in Morton Street at 5.50am.

This service will be conducted at Wales Memorial Park at 9am on the western side of Moree Services Club.

At 9.30am the parade will marshal opposite Woolworths and proceed down Balo Street to the Memoria Hall.

The Moree Girl Guides and Brownies will provide morning tea and Anzac biscuits in the Memorial Hall following the service and everyone is invited to join them.

Wreath layers should notify emcee Roger Butler regarding their organisations and if they would like the names of those laying wreaths to be acknowledged.

Breakfast will be provided at 7am for dawn service participants, with lunch provided from midday for main commemoration participants.

Tickets are required and will be provided upon request to those people entitled to them.

There will be raffles as well as a good old-fashioned game of swy – two-up – and the Moree Brass band and Moree Pipe Band will entertain guests.

Sorry, the comment form is closed at this time.