ED shearin’ will perform live at the Garah Hotel later this month, along with a huge cast of lightning-fast gun shearers all vying for lucrative prize money at the inaugural Garah Quick Shear and Auction fundraiser.

The Quick Shear, a Garah Community Fundraiser initiative, was the brainchild of shearing contractor Zach Mather and will be held on Saturday, May 19 from 5pm.

All money raised at the event will be used to help Garah locals.

“The Garah Community Fundraiser has been going since 2007,” Mr Mather said.

“It’s pretty much just a small organisation for Garah locals that need help if they become ill and have to travel, or need help in some way.

“We try to do a few different things each year to raise money and I came up with the idea of doing this – it’s something different,” he said.

Up to 40 shearers will compete in heats, with the fastest heat-winners competing in a shoot-out final.

“It all works on times,” Mr Mather said.

“Each competitor gets one sheep to shear in the heats. There are three judges and they have to give at least two green lights for competitors to go through to the next stage.

“Competitors shear one sheep each in the heats and then the top 10 on times will go into the semi-final.

“After the semi-final, the top-six will go into the shoot-out and they’ll each shear two sheep,” he said. 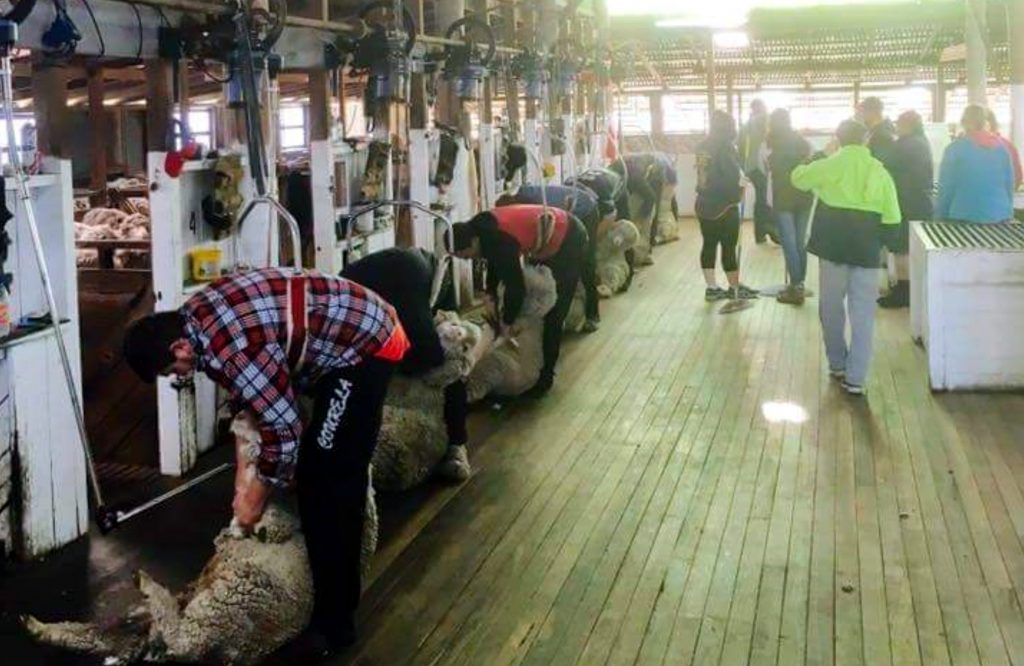 Shearers from across NSW and Queensland are expected to travel to Garah in search of top prize money, provided by chief sponsors Zach Mather Contracting, Porter Spray Contracting and SKO and Kylie O’Neile.

There will be a $2000 open shear, an intermediate class worth $800 as well as local categories.

All sheep getting a short, back and sides have been donated by long-time locals Ron and Lou Doran.

“I reckon we’ll get anywhere between 30 and 40 shearers,” Mr Mather said.

“There will be a few locals like George Newman and Chris Parker, who’ll come out from Moree and a few from Warialda and Inverell will come across. There will be a lot of Queenslanders come down as well.”

There will also be a barbecue, jumping castle for the kids and a DJ providing entertainment afterwards.

“We’ll have a calcutta on the finalists in the shoot-out. It should be a great night, and it’s something a little different – some people haven’t even seen a sheep get shorn,” Mr Mather said.

“It’ll be cool if Ed turns up – we should be able to organise it,” Mr Mather smiled.

The Garah Quick Shear comes at a time when there is a serious shortage of shearers across Australia.

According to a 2016 report from the Australian Bureau of Statistics, there were just 2500 shearers nationwide, a 13 percent drop in five years.

And while the sheep and wool industry booms, wool-growers are crying out for more shearers.

“I’d like to see a lot more people get into it – the price of wool these days is incredible,” Mr Mather said.

The cost for shearers to enter is $50 (open) and $25 (intermediate), with nominations closing at 4pm on the day.

A return bus from Moree for the Garah Quick Shear is being organised. If you are interested please phone or text Bill Poulos on 0448 203621 or Facebook Messenger to Bill Cindy Poulos.

An idea of interest and numbers is required. 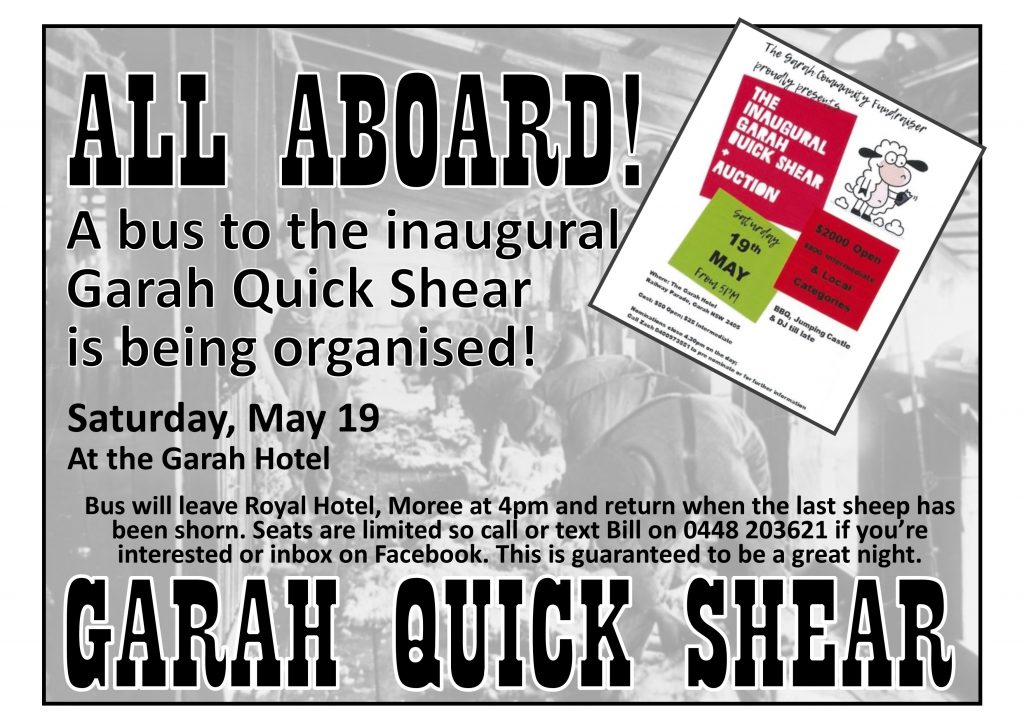 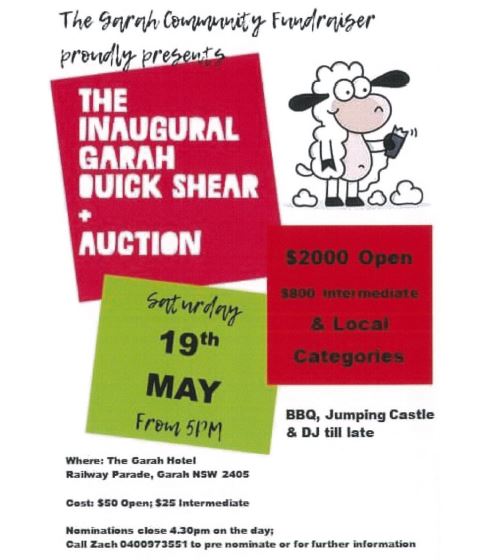