Two men will face court after a large amount of drugs and cash were located during a vehicle stop in the State’s far west on Sunday.

About 8.45am yesterday (Sunday, December 11), police attached to Barrier Traffic and Highway Patrol Command were patrolling the Sturt Highway at Gol Gol, about 20km east of grape-growing  village Dareton – 280km south of Broken Hill – when they stopped a Mazda 3 sedan for a random breath test.

After speaking with the 55-year-old male driver and his 24-year-old passenger, officers conducted a search of the men and the Mazda and allegedly located $65,000 in cash, approximately 700 grams of a crystal substance suspected to be methamphetamine, as well as a set of knuckledusters and an extendable baton.

The two men were arrested and taken to Dareton Police Station. 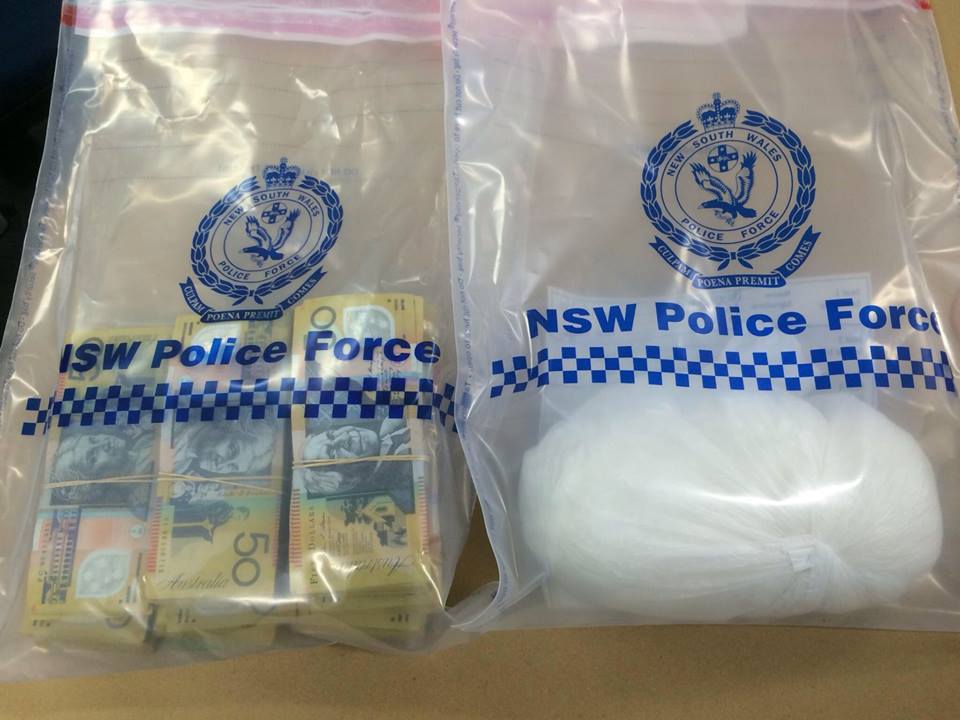 The older man was also charged with two counts of possess prohibited weapon.

They were both refused bail to appear before Broken Hill Local Court today, Monday December 12.

About 12.40pm on Friday, December 9, a white Toyota Hilux utility was travelling along Pooles Creek Road, Dalmorton, when at the cross of Blacksmith Shop Road, it clipped a parked 4WD and hit three pedestrians.

The utility allegedly left the area without stopping.

Emergency services were called to the scene and a 19-year-old woman, and two men aged 57 and 54, were taken to hospital with serious injuries.

All three remain in a stable condition.

A crime scene was established, and officers from the Far North Coast Crash Investigation Unit continue to investigate the circumstances surrounding the incident.

Investigators would like to speak to anyone with information about the white Toyota Hilux utility seen in the area at the time of the incident.

The vehicle is further described as having a raised suspension and may have damage as a result of the incident.

Information you provide will be treated in the strictest of confidence.

We remind people they should not report crime information via our social media pages.