DETECTIVES from the Goondiwindi Criminal Investigation Branch as well as investigators from the Royal Society for the Prevention of Cruelty to Animals Queensland uncovered an alleged puppy farm at a property at Glenarbon on Monday. 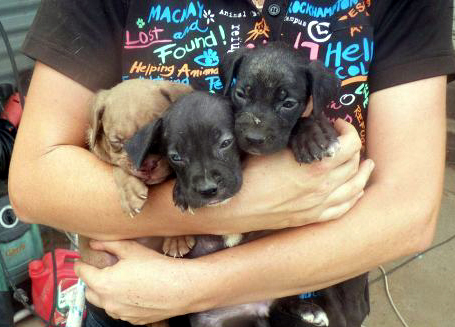 Some of the puppies saved from an alleged puppy farm near Goondiwindi (Image RSPCA).

Around 7.30am, specialist officers attended the address on Bosjnack Road at Glenarbon – about 60km east of Goondiwindi near Yelarbon – to execute a search warrant.

Upon inspection of the property, officers discovered upwards of 100 dogs and a number of Glenarbon cats living at the property.

Many of the animals did not appear to have adequate shelter or water and police, having concerns for the welfare of the animals, immediately contacted the RPSCA.

Two dogs required emergency treatment at the property with the other animals seized to be moved to the RSPCA’s Animal Welfare Campus in Wacol for treatment and care.

A 40-year-old man is assisting police and the RSPCA with their inquiries and is due to appear in Goondiwindi Magistrates Court in relation to other matters.

Investigators would like to speak to anyone who may have purchased an animal from the property in the past.

If you have information for police, contact Policelink on 131 444 or provide information using the online form 24hrs per day.

You can report information about crime anonymously to Crime Stoppers, a registered charity and community volunteer organisation, by calling 1800 333 000 or via crimestoppersqld.com.au 24hrs per day.

UPDATED: Ice worth more than $700,000 seized in Ashley and Moree raids

Next post
UPDATED: Ice worth more than $700,000 seized in Ashley and Moree raids