MOREE mayor Katrina Humphries has hit out at comments made by NSW Minister for Transport and Infrastructure Andrew Constance on ABC Radio’s New England North West Breakfast program today, regarding the proposed deregulation of the Moree-Sydney air service currently provided by Qantaslink – a deregulation that Mr Constance is adamant will go ahead.

The interviews followed a Council meeting and Memorial Hall public meeting on Thursday night regarding the deregulation proposal.

An online survey has also been distributed with more than 400 respondents listed to late Thursday evening. More than 80 per cent of those respondents have voted against deregulation.

“I think the Council for whatever reason are not – I think – projecting the truth behind the effects of the regulation. 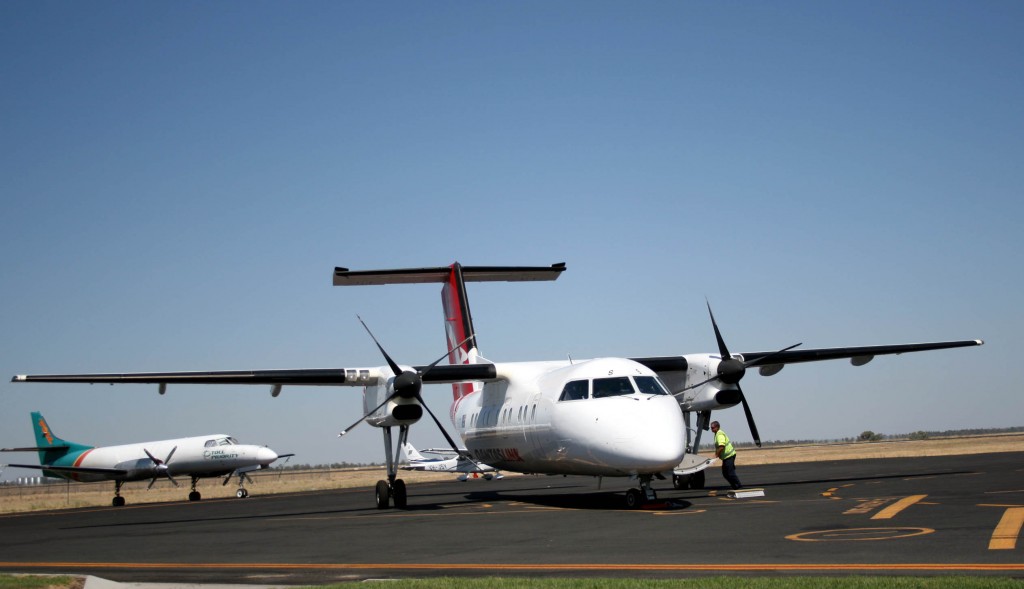 “The bottom line is it doesn’t stop an airline walking away. I challenge the Mayor to prove to me how the regulation stops a regional airline from walking away from the route. The fact is it doesn’t,” he said.

The Federal Government was also in the firing line, with Mr Constance saying “National Party members of (Federal) Parliament like Barnaby Joyce are not doing the right thing by country New South Wales by opening up more slots specifically and uniquely for regional airlines to fly into Kingsford Smith”.

Cr Humphries believes Mr Constance’s position on the issue perfectly sums up “just how out of touch certain members of the Liberal State Government are when it comes to rural communities and the issues these communities face”, a Moree Plains Shire Council media release said today.

Cr Humphries is the current chair of Country Mayors New South Wales, has been mayor of Moree

“I am absolutely mortified by the views expressed by Minister Constance this morning,” Cr Humphries said.

“The State Government asked Council to engage with our community on this issue. And now, when they don’t like the answer, apparently we don’t know what’s good for us.

“While I am offended at his comments of our Council, and in particular me as to ‘not telling our community the truth’, I am alarmed that a State Minister can make such bizarre claims as to the success of deregulation.

“Mudgee, Cobar, Cooma and Narrabri were cited as such examples – I ask the rural taxpayers of NSW to do their own homework on the services delivered to these communities once deregulated,” she said.

Cr Humphries has been on Moree Plains Shire Council for the last nine years and has held one of the largest primary percentage votes of any local government councillor across NSW for three consecutive electoral cycles.

“I think my track record shows that my community and my peers across country NSW support me and believe I understand the issues in the bush,” she said.

When asked Mayor Humphries said she did not require, or was even interested, in an apology from Minister Constance, as it “would be meaningless”.

“The amazingly proud Moree Plains community and its neighbours will deal with this matter in a way that we know best – united,” she said.

Moree businessman Josh McGregor said via Facebook that there was uncertainty as to whether regulation or deregulation will be best in the long run.

“What is certain is that people who use this service overwhelmingly wish to maintain regulation, as it is felt the route needs to be protected to ensure its viability,” Mr McGregor said.

“This communication from the NSW Government shows they are determined to make the same mistake made in 2013, and disregard the views of this community.

“They believe they know what is best for us better than we do. They will only understand the error of this decision if we are forceful in our response,” he said.

Mr Constance said in a media statement on Thursday that he was determined to give regions fair access to essential services “they are crying out for”.

“Greater choice and more and more air services will have important flow-on benefits to health, education and employment for everyone who lives in regional NSW,” he said.

“By pursuing deregulation, the NSW Government is doing what it can to increase competition, reduce barriers for new entrants to the market and reduce costs to passengers.”

Next post
Adam Marshall: “I won’t support any move which threatens the continuation of regular air passenger services at Moree”