AS hundreds lined the fence to watch Track Flash give trainer Peter Sinclair his 12th Boolooroo Cup at Moree picnics on Saturday, a close-knit group of race-goers was creating its own slice of turf history at Royal Randwick’s corresponding meeting.

Bec Diprose and her family, along with a group of close friends, were trackside at racing headquarters to watch the running of the 1400m Anthony Diprose Memorial Handicap, a race named in honour of one of Moree’s best-loved characters. 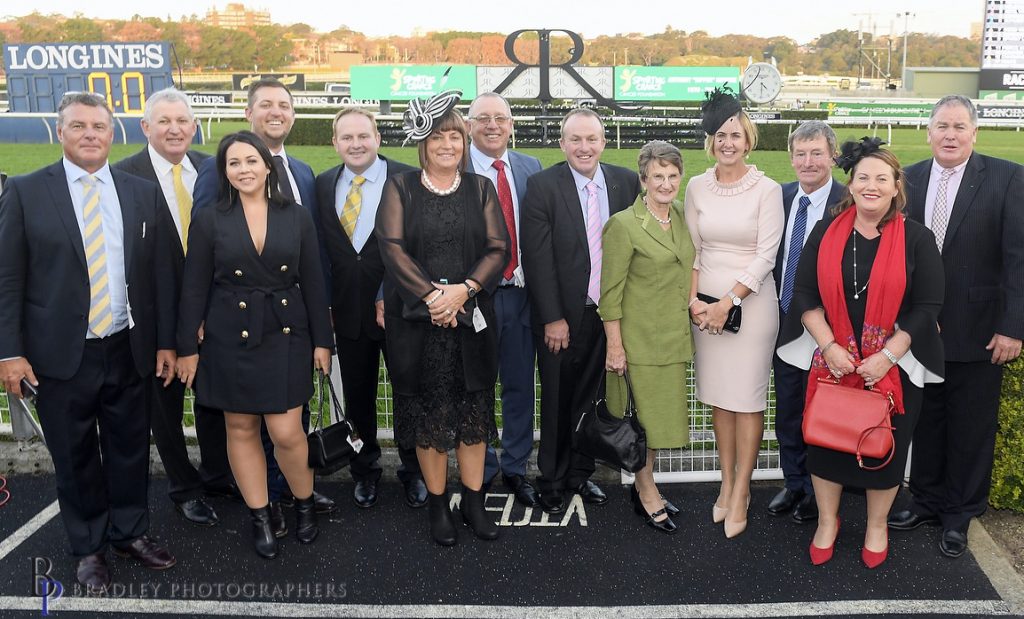 Bec Diprose (fourth from right) with family and close friends at The Sporting Chance race-day at Royal Randwick, where a special memorial race was named in honour of Bec’s later husband, Anthony ‘Dipper’ Diprose (Image courtesy of Bradley photos).

He was Moree Race Club president for three years from 2012 and a long-time associate of the Moree Picnic Race Club.

Dipper was also responsible for helping to raise tens of thousands of dollars over the years for a long list of charities and vital services through his involvement with various committees and organisations, including a group of golfing buddies affectionately called The Moree Desperates.

And it was Dipper’s love of the little round white ball that led to the naming of the feature race at Randwick on Saturday – a meeting that raised much-needed funds for Sporting Chance Foundation. 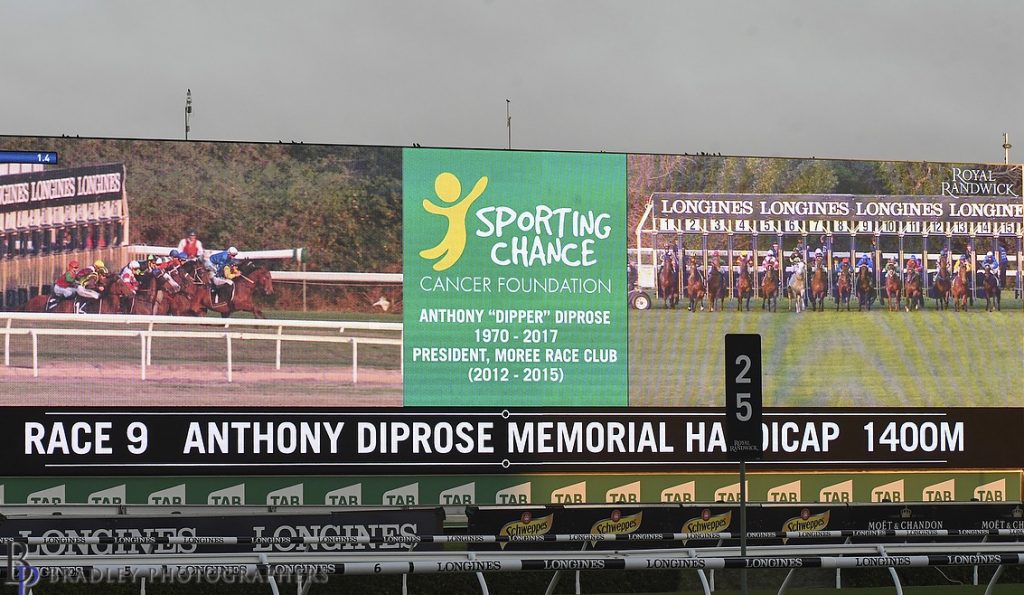 The electronic results board at Royal Randwick said it all on Saturday (Image courtesy of Bradley Photos).

Bec Diprose held back tears as she spoke of her family’s special day at Royal Randwick.

“It was an amazing day . . . very emotional, and a very special tribute to Dipper,” Bec said.

“We have an amazing group of friends around us that continue to support not only me, but also Dipper’s mum and dad and his brother and sisters-in-law.

“Everyone had a wonderful weekend. Dipper’s youngest brother, Richard, had written on his Facebook page that they felt like royalty,” she said.

“It was very special, and Tubby Taylor and (Sporting Chance CEO) Jack Hughes were amazing. There were 500 people in the function room and they made all of us feel very special.

“They said quite a few words about Dipper and gave the Moree Desperates a big wrap, saying what amazing supporters they have been over the years,” Bec said.

Fundraising at the race-day included a silent auction – and again Moree was at its benevolent best by winning most of the items.

“We all put our names down and contributed, thinking that we’d all be outbid, but I think about two-thirds of the silent auction was bought by Moree people,” Bec said. 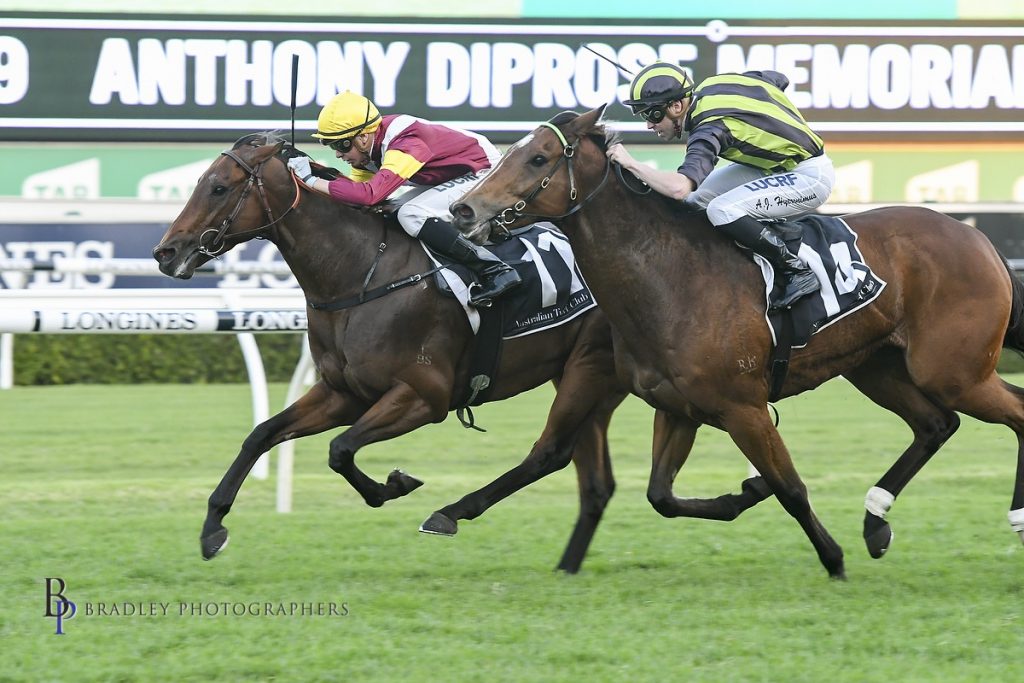 “There was just a generous spirit from everyone that was involved and Dipper’s mum, Meryl, said that she could feel the love in the room . . . it was pretty awesome.”

And while Track Flash was living up to its name at Moree, European import Fierce Impact was doing much the same in Dipper’s race at Randwick.

But the fairytale script that said Kool Vinnie – part-owned by Pallamallawa farmer and Dipper’s former harvest contracting partner Phillip Tonkin – was supposed to win the race wasn’t to be.

“I put a bet on him earlier in the day and I noticed his odds come down – that was probably because half of Moree was backing him,” Bec laughed.

For all racing photo needs go to: www.bradleyphotos.com.au

Moree and Narrabri to get Country Universities Centre Northwest campuses