IT has been a year of enormous change for Dipper’s Home Timber and Hardware however a recent significant State accolade is testament that the popular Moree business is as strong as ever.

“It’s an absolute thrill even to be nominated as a finalist, so to win our region was a real buzz,” Rebecca said.

There were eight finalists in the NSW Store of the Year over 1000m2, with Gubbins Home Timber and Hardware, Moss Vale, declared the winner.

More than 32 stores were vying for Garden Centre of the Year in the region, and Rebecca said the win, while unexpected, was rewarding.

“I think these awards are reflective of our great staff and the hard work everyone has put in over the past 12 months,” she said.

“We’ve embarked on substantial physical changes that customers will notice – visual merchandising that is clean and fresh, de-cluttering so visitors can see through the store, and really efficient labelling – the right product and the right price.

“I find it extremely frustrating when I go shopping and can’t find a price for an item,” she said. 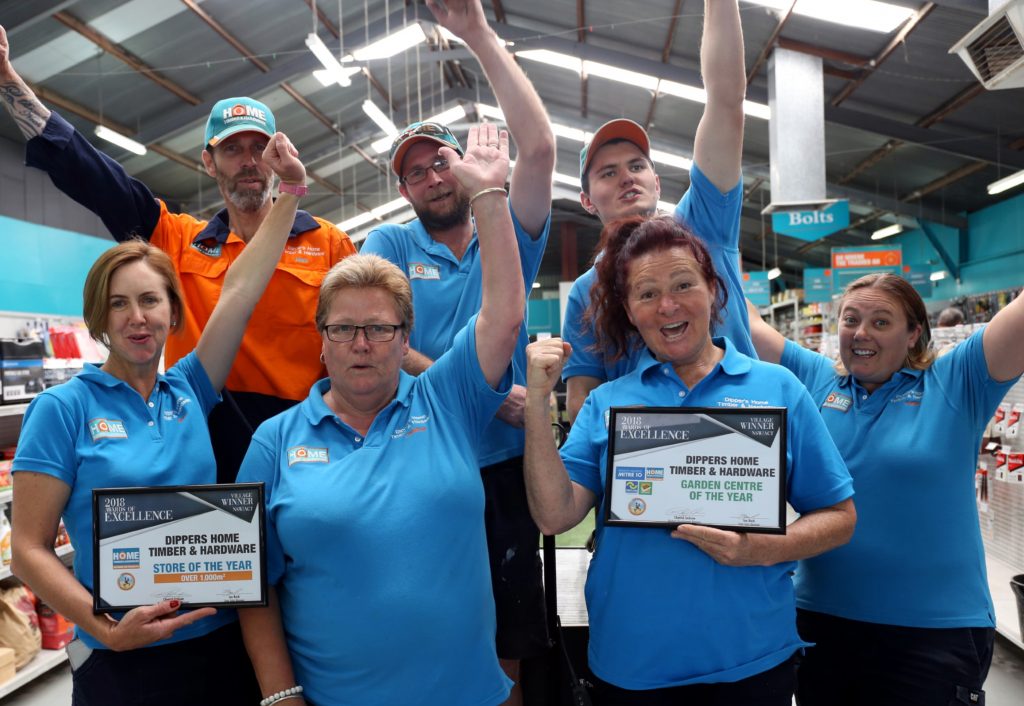 Rebecca’s vision for Dipper’s, the 2014 National Home Timber and Hardware Store of the Year, is to encourage a retail outlet “people can take their coffee and go for a wander in a genuine customer friendly shopping environment”.

“Our interior decorating, shelving and merchandising is all about increasing our store standards, and we believe there’s still room for improvement, which we’ll be focusing on over the next 12 months,” Rebecca said.

With 2018 marred by a crippling drought, she said the victory was even sweeter.

“It really is a testament to our customers, Moree has endured such unfavourable conditions this year, yet local businesses such as Dipper’s are still supported and strong,” Rebecca said.

“It’s great for Moree to enjoy this recognition. We have a robust economy despite the hard year, fantastic community spirit in the face of hardship, and our local businesses are the envy of the State.”

She also thanked the community, and staff, for continued support as the business moves from Dipper’s – without Dipper – and embraces the philosophy of change.

She said he would’ve been ‘chuffed’ with the award.

“I have always been about the detail, and Dipper was always about the big picture, and even though he’s no longer here, his vision is being fulfilled,” Rebecca said.

“Although, no doubt, he’d be laughing and rolling his eyes at all our ‘pretty’ changes,” Rebecca smiled.