DESPITE the chaos of harvest, toddlers and the minor detail of zero hardware experience, it was an ever-enthusiastic Anthony and Rebecca Diprose who threw open the doors of Dipper’s Home Timber and Hardware five years ago.

With his insatiable thirst for a new adventure and challenge, ‘Dipper’ became the driving force behind what is now one of Australia’s most successful – and beloved – Home Timber and Hardware businesses.

So it was with great enthusiasm that the team at Dipper’s Home Timber and Hardware recently celebrated the store’s fifth birthday.

It is a milestone to be recognised and to be proud of, Rebecca firmly believes.

“It was a day for celebration but the whole team felt it was very unjust that the face of the business – Dipper – and his trusty mate Colin ‘Pringy’ Pring were not there to celebrate,” Rebecca reflects.

While ‘Pringy’ has moved on to a larger role in another local business, very suddenly and tragically, Dipper passed away in September of this year.

Despite heavy hearts, Rebecca and their children George, Millie and Isabelle led celebrations, taking the opportunity to thank Dipper’s staff and customers. 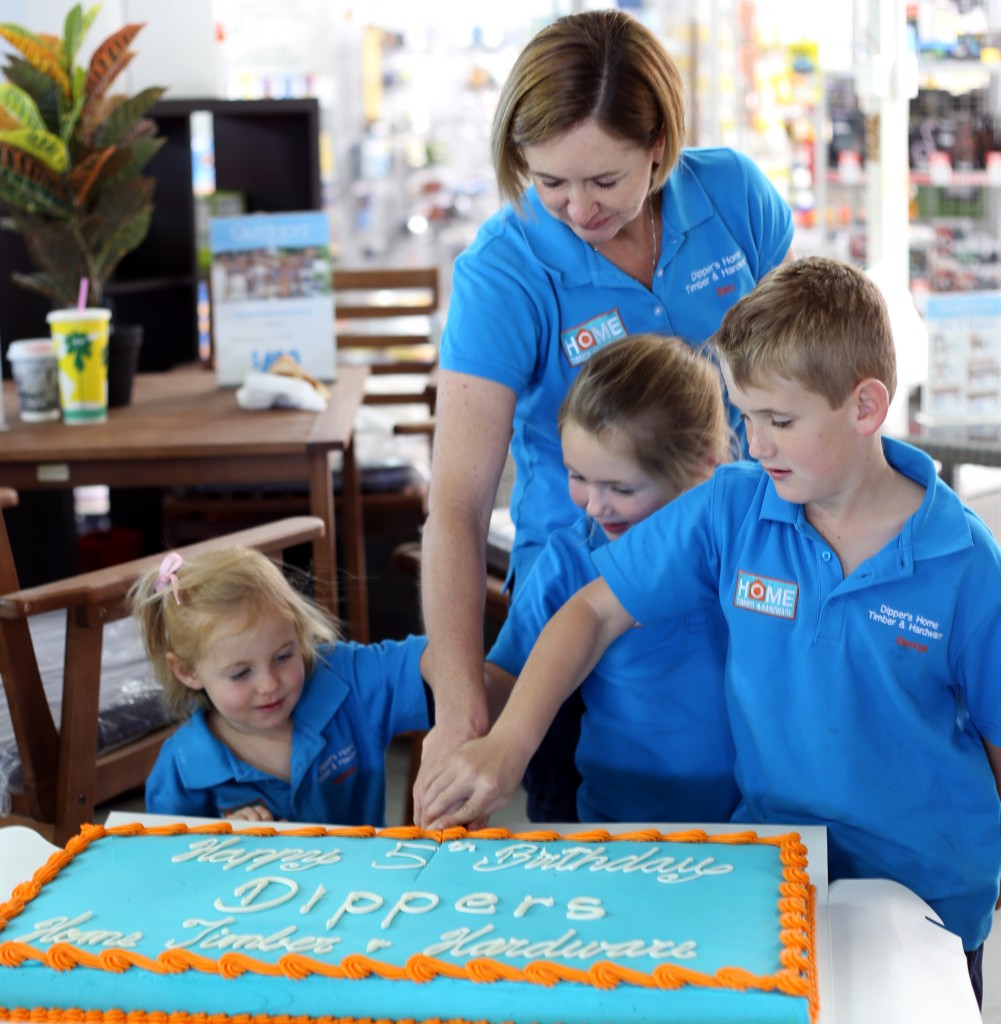 Rebecca, George, Millie and Isabelle cut the cake to celebrate five years in business at Dipper’s Home Timber and Hardware.

Without the staff and customers, there would be no business.

“Our focus has always been on customer service and competitive pricing. We really do try to go out of our way to get the best deal and form trusted relationships,” Rebecca explained.

“The philosophy of treating a customer as you want to be treated yourself is one that we try to live, eat and breathe.

“When Dipper and I embarked on this business we knew the early years would be hard work with long hours and steep learning curves – and they were, particularly with a young family,” she said.

It was just two years into business that they were awarded the Home Timber and Hardware National Store of the Year (over 1000sqm).

“To reach the sales levels that we did in just two years was both exceptionally pleasing and surprising.  It was an overwhelmingly exciting moment of recognition for the whole team,” Rebecca said. 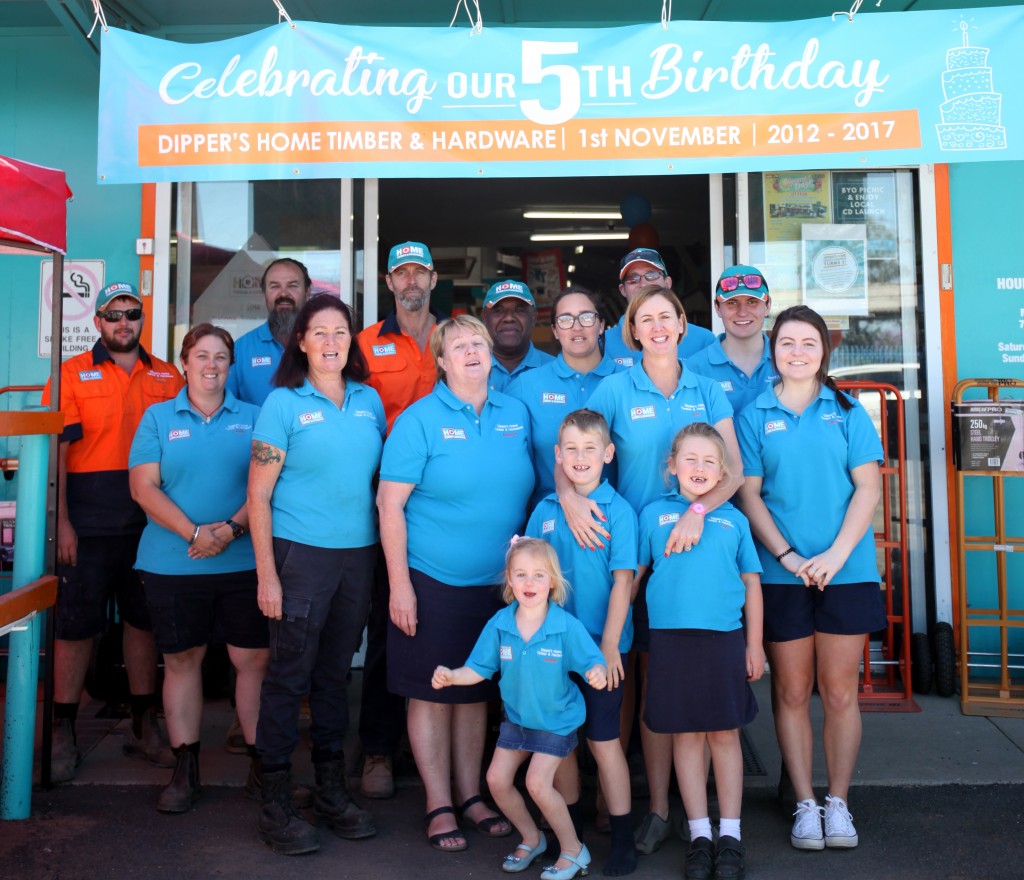 Rebecca and her family with her extended family – Dipper’s Home Timber and Hardware staff members – at her store’s fifth birthday celebrations.

“This award is a testament to Dipper and the team; he would have been so thrilled and we all wish he was here to celebrate with us,” Rebecca said.

Having always worked a number of days in the office on marketing programs, cash flow management and various other responsibilities, Rebecca said it had been a juggle, particularly with three young children under five.

Today, she’s grateful to have a full working knowledge of the business.

Along with trade manager Daniel Campbell, retail manager Steve Daley and office manager Margaret O’Neill, she believes they will collectively continue to guide the business to great heights.

Hitchins a furlong closer to picking the Melbourne Cup winner

Next post
Hilarious middle-aged ladies in Moree to talk about what shouldn’t be talked about!