Mr Grant said he enjoyed meeting with local command and station staff at two stations he worked from during his 22-year career in the NSW Police Force.

“I am committed to supporting the hard-working men and women of the NSW Police Force,” Mr Grant said.

“As a former police officer I know first-hand the privilege and challenges of regional policing and as the Minister, I am committed to meeting with our dedicated force regularly. 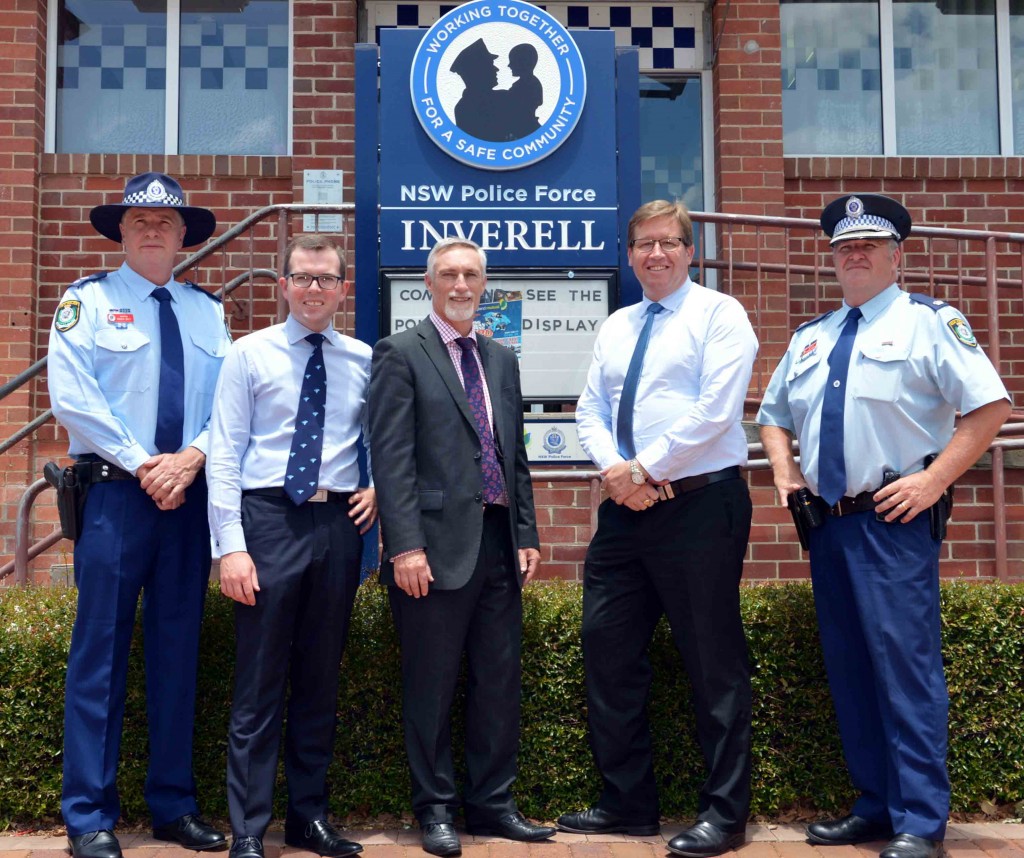 “I appreciate the insight visiting local stations around the state provides and thank Adam for his tireless advocacy for policing in this region.”

Mr Marshall said he was delighted to host Mr Grant on the station tours and speak with officers, as well as taking time to highlight the need for improved facilities at Inverell.

“Our police are dedicated to working for an protecting our communities and the NSW Government will continue to work with them by ensuring that police staffing numbers remain in line with community needs and that the police are properly resourced,” Mr Marshall said.

“Our local and dedicated police officers provide first-class service and are valued members of the community and I am committed to ensuring they have the facilities and tools they need to do their jobs.

“I have been very vocal with my desire to see the Inverell Police Station considered for redevelopment and I thank the Minister for meeting with me on this issue and visiting today to see the condition of the facilities in Inverell.

“This station was built in 1960 to accommodate 14 police officers; there are now 46 on duty meaning the station is literally overflowing with some officers working from old police residences located near the station.

“As the population of Inverell continues to grow, we need a police station built to meet that future demand and I was glad to put that case directly to the Minister today.

“I am pleased to also have the strong support of the Inverell Shire Council and thank Mayor Paul Harmon and General Manager Paul Henry for attending and lending council’s strong support.”