WORK is well underway on the $26,000 upgrade to Delungra’s ANZAC Park with Member for Northern Tablelands Adam Marshall taking the opportunity last week to inspect the works and receive an update on progress.

Mr Marshall said the Delungra District Development Committee had been successful in their application for a $12,770 grant from the Community Building Partnership fund and had moved quickly on the project to ensure it was completed before this year’s Centenary of ANZAC commemorate.

“I met with community representatives late last year and was impressed with their vision for the upgrade and gave their application my full support,” Mr Marshall said.

“The Delungra District Development Committee is an active and passionate group of local residents and they were determined to properly commemorate the sacrifices of its past citizens.

“ANZAC Park will now have a main entrance and memorial plaques which will show the district’s significant and proud history of service in the two World Wars, Vietnam and subsequent conflicts.” 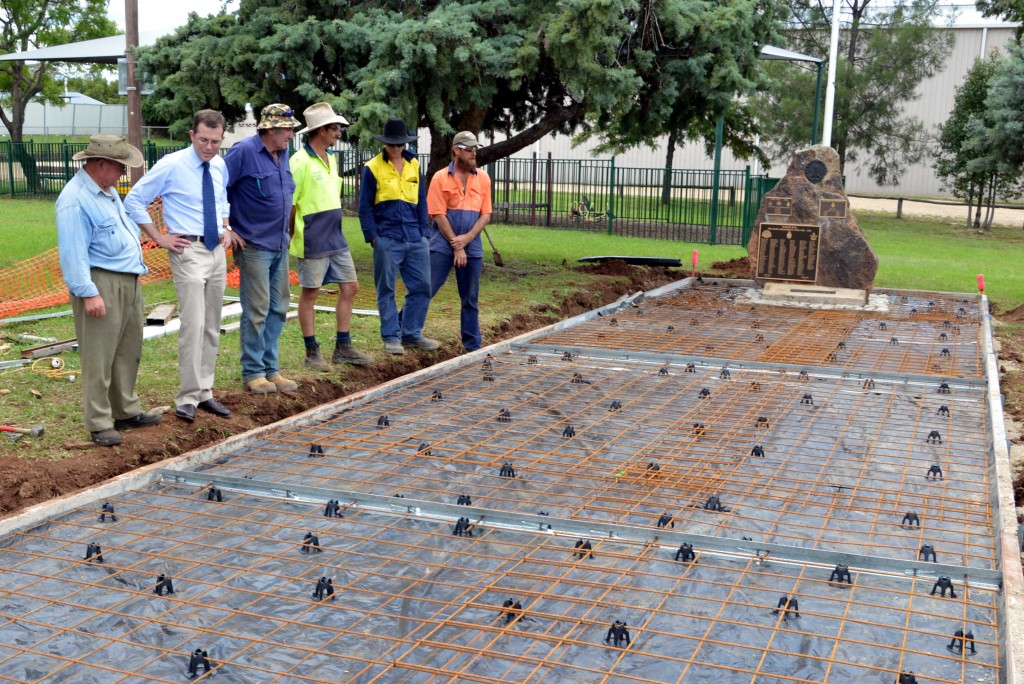 Mr Marshall said major earthworks would be completed this week allowing council staff to complete the landscaping and installation of park furniture.

“An honour roll will be placed on both sides of the entrance gateway, one side dedicated to the men and women from Delungra, Myall Creek, Graman, Mt Russell, Little Plane and Koloona who lost their lives serving in the Australian Defence Forces during those conflicts,” he said.

“The project has been a successful collaboration between the Delungra community, Inverell Shire Council and the State Government and I’m looking forward to seeing it completed which I’m assured will be well before ANZAC Day.”

Project co-ordinator Harry McNaughton thanked Mr Marshall for his interest and support and said their committee were delighted with the progress of the work.

“Weather permitting the major earthworks will be finished this week and then we are just waiting on the print work for the honour roll to be done,” Mr McNaughton said.

“This is quite a large project and we’ve had lots of support from the community so we are really looking forward to getting it finished,” he said.