FEDERAL Minister for Veterans’ Affairs Darren Chester said he was ‘deeply humbled’ by the level of support for Australian soldiers, during a visit to the Western Front on Anzac Day.

Mr Chester assisted the Prime Minister at the official opening of the new Sir John Monash Centre in France and represented Australia at six Anzac Day events in Belgium.

“The level of public support and recognition of the service and sacrifice by Australians in World War 1 is quite remarkable,” Mr Chester said. 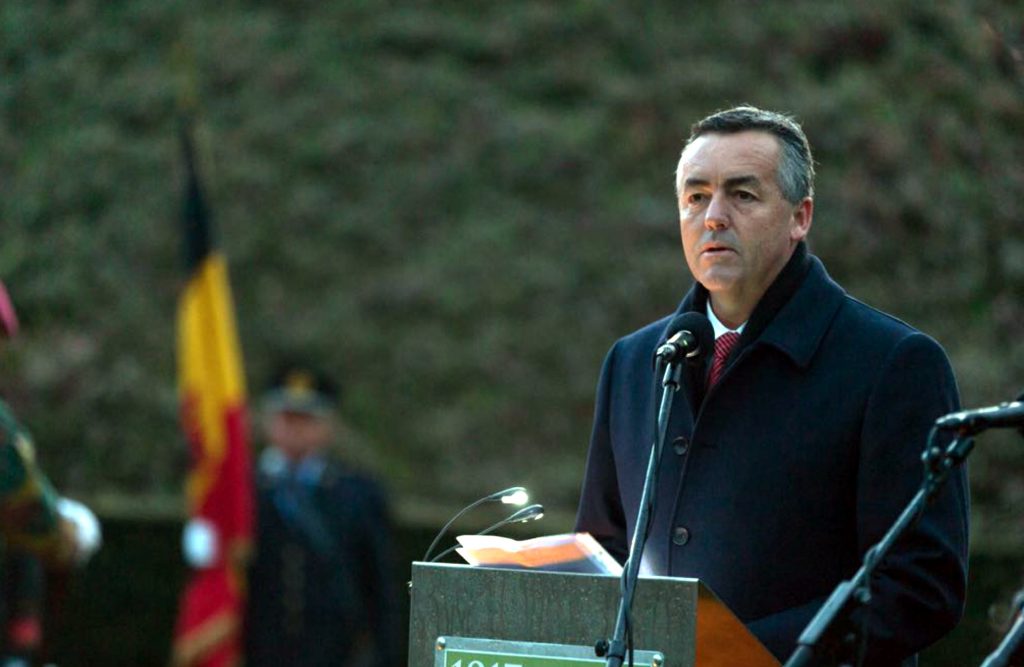 “The people of France and Belgium promised to never forget the efforts of our troops in the Great War and they have kept that promise.

“I was honoured to speak at several commemorative events during my visit and thanked the communities on the Western Front for their continued support.”

Mr Chester said the Centenary of Anzac commemorative events would continue until the end of the year with activities planned for Le Hamel on July 4 and Armistice Day on November 11.

“It’s about demonstrating our respect for a generation of young Australian men and their families who sacrificed so much for the freedoms we enjoy today.

“The new Monash centre and other museums and displays which form the Australian Remembrance Trail are fitting tributes and explain our involvement in the conflict.

“I was deeply humbled to see the French and Belgium communities continuing to recognise our nation’s efforts to protect them 100 years ago.”