CAMPERS will now be able to flock to events at Croppa Creek Recreation Reserve in greater numbers, following the announcement of a $148,200 State Government grant to upgrade the shower block and amenities.

Member for Northern Tablelands Adam Marshall, who was in Croppa Creek recently to announce the funding, said the improvements would assist the ground to cater for large community functions like the Croppa Creek Crows Rugby Union Gala Day and Classic Creek Harvest.

“For a small community Croppa Creek has a massive social calendar, which centres on the recreation ground and adjoining Soldier’s Memorial Hall,” Mr Marshall said

“Using this grant, the land managers will build a new amenities block, which will include ladies and men’s toilets and showers and disabled facilities.

“At present, the hall has three old showers and only a small amount of hot water, which is unable to cater for large crowds.

“This project will benefit the hall, as the old shower section will be converted to a men’s dressing room and improved facilities for events. 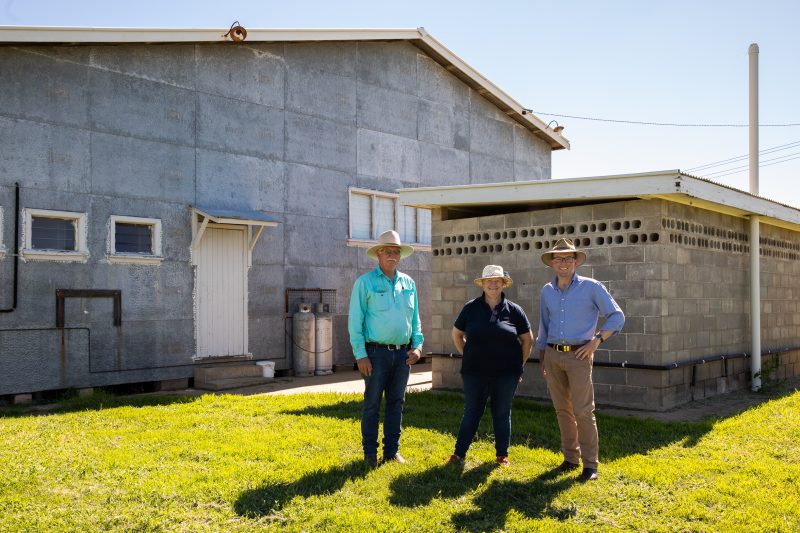 “Events in Croppa Creek draw hundreds of people to the community each year and with these new amenities visitors will now be able to camp longer, spend money at the shop and bowling club and really immerse themselves in what the region has to offer.”

Croppa Creek Recreation Reserve Chairman John Forsyth said it was great to see a small community like Croppa Creek being recognised with these NSW Government grants.

“Our board recognises that to attract campers for events we need to have high quality facilities,” Mr Forsyth said.

“The Classic Harvest in November is an event that is becoming more popular and we want to encourage as many people as possible to come and visit our part of the world.

“This project is expected to begin in July and we are using a local Warialda builder, Meader Constructions, who also delivered the new Gravesend ablution’s block.

“These amenities will be a huge addition to the grounds and the land managers hope as news of the facility spreads, we will saw more caravans roiling into town and generating income for all.”

While in town Mr Marshall also inspected the new Soldier’s Memorial Hall kitchen, which was funded by a $50,000 Stronger Country Communities grant.

“From a 60-year-old relic to a modern facility capable of catering for 200 people, the new kitchen has changed the functionality of the hall for the better,” he said.

“Through this grant the hall committee was able to gut the old kitchen, reline it, put in new flooring and install new cupboards and benches, including an island bench, new oven, fridge and microwave.

“A deck has been added off two sides of the food preparation area which looks out to the rugby ground and the tennis courts, making it ideal for sporting events.”