THERE has been a lot of media coverage over the past week about the upcoming 2016 Census.
It is compulsory for everyone to complete the Census as it provides important information about Australia’s people and their housing as well as helping to estimate Australia’s population. This information is then used to distribute government funds and plan services for our community.
Moree Plains Shire general manager Lester Rodgers said that  “many grant funding opportunities for our shire heavily rely on data generated through the Census.”

“I can’t emphasise enough just how important it is for everyone in the shire to complete the Census come next Tuesday to make sure an accurate snapshot of the Moree Plains Shire is captured,” he said
“The data is used as a point of truth in so many ways. For example, population became a very important factor in the State Government’s decision-making process regarding amalgamation of local government shires in regional NSW. Further, certain key statistics are also used by private investors in their commercial assessment of whether to expand their businesses into our Shire.”
This week, most households will receive a letter from the Australian Bureau of Statistics (ABS) providing two options for completing the Census: online or using a paper form. 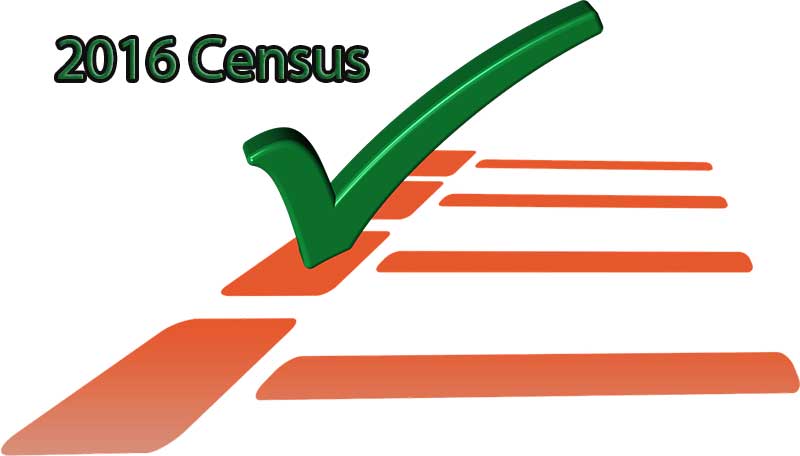 If you would like to complete the Census online, you need to keep your letter from the ABS that includes a unique Census Login and instructions on how to complete the Census online.
Alternatively, you can complete the Census on a paper form. Many households in the Moree Plains Shire will also receive a paper form with their letter from the ABS. If you do not receive a paper form and would like one sent to your household, you can request this through a dedicated paper form request line. Information about this request line is contained in the letter from the ABS. Each paper form will be delivered with a reply paid envelope.
Field staff will also ensure that people staying in hospitals, hotels and motels, camping or travelling around Australia on Census night on Tuesday 9 August 2016 are included.
Reminder letters will be sent to every household that hasn’t responded to the Census, followed by a visit from Census Field Officers to ensure that every household is counted.
Field staff will visit households after 26 August 2016 if they haven’t submitted a Census form.

For further information, please visit www.census.abs.gov.au or call the Census Inquiry Service on 1300 214 531.