Federal Member for Parkes, Mark Coulton has met with two of the winners from the 2014 Heywire competition in Canberra this week

Mr Coulton said that the annual ABC Heywire Summit is an event that he always looks forward to.

“For the past several years I have had the opportunity to meet with young people from the Parkes Electorate who have been able to demonstrate not only their creativity but also their passion for their local communities,” said Mr Coulton. 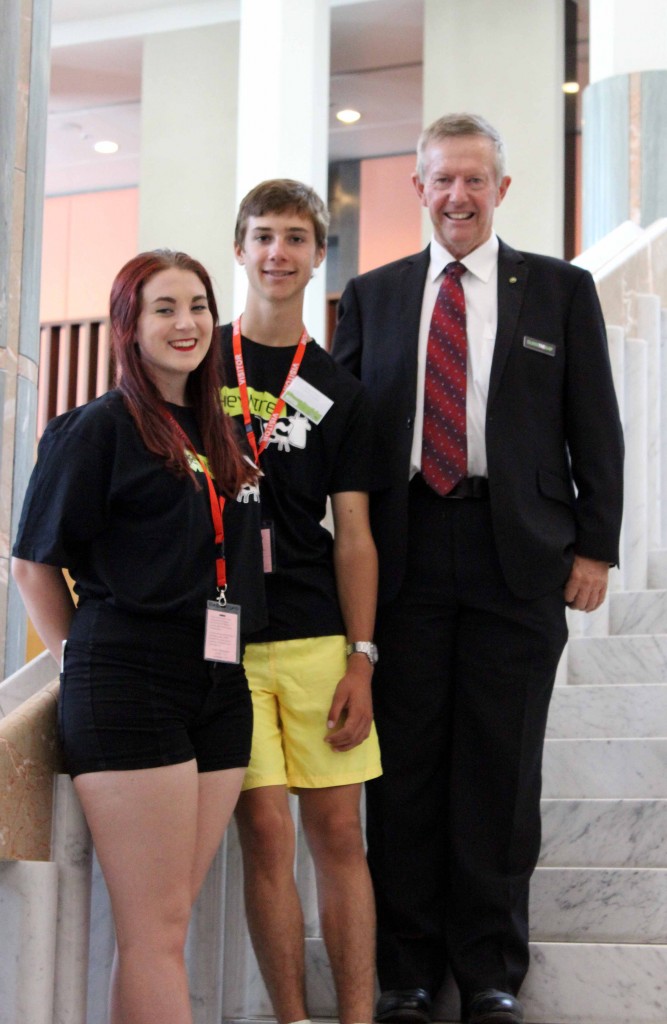 Mr Coulton met with Heywire Winners Michaela Hague of Lake Cargelligo and Richard Knight of Coonabarabran whilst they were in Canberra for the Heywire Summit.

“These are young writers from 16-22 years of age. They have shown very articulately how their experiences growing up in regional communities have shaped their personalities.”

The Heywire competition has been running for 17 years and has received over 9000 stories during this time.

“The participants in Heywire are inspirational young people. It can take a lot of courage to stand up and tell a personal story. I really admire these young people for the effort that they have put in.”

Mr Coulton said that Michaela and Richard had been working hard throughout the Heywire Summit to develop ideas as a part of the Heywire team to address major issues in regional Australia.

Heywire 2015 is now open. More information can be found at:

Local Woman of the Year for Barwon announced