MEMBER for Barwon Kevin Humphries has announced that the inaugural 2016 Aboriginal Student of the Year for Barwon is Valmai Coe from Condobolin High School.

The Aboriginal Student of the Year is a new annual award recognising young people who demonstrate leadership within their school and local community.

“I was pleased to nominate Valmai and thrilled when she received this award,” Mr Humphries said.

“Valmai is a wonderful representative for both indigenous and non-indigenous youth in the Barwon Electorate. 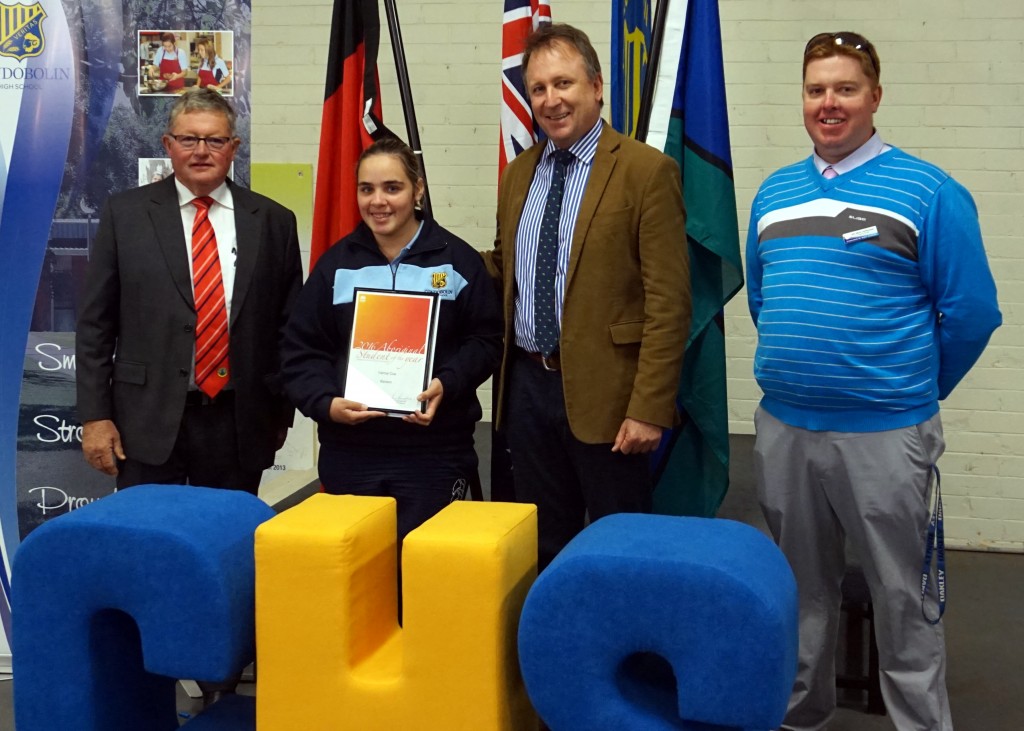 “By volunteering her time to those around her she quietly promotes cohesion and leads by example.

“Students like Valmai are the leaders of tomorrow and it makes me very happy to see such encouraging young adults coming through,” he said.

As recognition of her achievements, Mr Humphries presented Valmai with a certificate and a gift voucher.

He also invited her to attend the Emerging Leaders Forum in Sydney in August, where she will meet with Aboriginal, business and Government leaders.

Mr Humphries confirmed that this invitation is only extended to the top students from the award nominations across NSW.

“The Aboriginal Student of the Year award highlights the outstanding contributions that young leaders are making in their local communities across the State,” said Mrs Williams.

“I warmly congratulate all of the award winners and I look forward to meeting some of them in Sydney later this year.”