A STORE owner in Collarenebri has been charged with selling bulk supplies of homemade ‘moonshine’ that a coroner’s inquest found contributed to the deaths of three local Indigenous residents nearly two years ago.

Police from Castlereagh Local Area Command last week conducted an extensive investigation into the deaths, and a Coroner’s inquest was held in October, 2016. 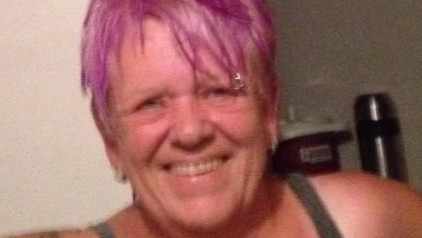 It is alleged that Miller brewed the toxic moonshine at her Pokataroo property south-west of Collarenebri, labelling bottles ‘red wine’, ‘rum’, ‘Tia Maria’ and ‘beer’.

At NSW State Coroner Court at Glebe in late November, an inquest into the deaths concluded that Miller manufactured or assisted in the manufacture of ‘moonshine’ and that she sold supplies of the home-made alcohol to residents of Walli Reserve, on the outskirts of Collarenebri.

“There is ample evidence in the brief of evidence prepared in this matter to establish that Sandra, Norman and Roger as well as other members of the Walli Reserve community had been drinking moonshine for a number of months before their deaths,” coroner Helen Barry found.

“There is also conclusive evidence that the moonshine was supplied by Mary Miller.

“The overwhelming and only conclusion is that Mary Miller was in fact selling moonshine (homebrew) to the residents of Walli Reserve during the period 2014 and early 2015,” Ms Barry said.

“The tragedy of this matter is that not only did three beloved members of the community die but that a contributing factor to the illness that led to their deaths was the ingestion of moonshine (and) that moonshine having been supplied by Mary Miller.

“Mary Miller was considered by many persons at Walli Reserve to be a friend. That is simply not the case. Mary Miller sold for profit contaminated alcohol to vulnerable members of the community.

“Mary opened her shop the next day after they died like it was nothing,” Ms Flick told the inquest.

disease (and) it was our people that were affected by it.”

Miller is expected to appear at Walgett Local Court on January 24, 2017.

Next post
Moonshine widely available: “The whole of the Reserve was talking about it”, inquest told