IRRIGATORS and farmers in the Gwydir Valley have today launched a video campaign to highlight the negative impact that cold water pollution has on our river system and others across the Murray-Darling Basin.

Gwydir Valley Irrigators Association (GVIA) Executive Officer Zara Lowien, who was also the executive producer on the film, says Cold Fish has been launched ahead of the Murray-Darling Basin Authority’s determination on the Northern Basin Review – due this week.

“We wanted to raise the issue to highlight that a healthy river system is about more than flow and a range of complementary measures, including mitigating cold water pollution via a thermal curtain, should be considered rather than just buying water,” Mrs Lowien said. 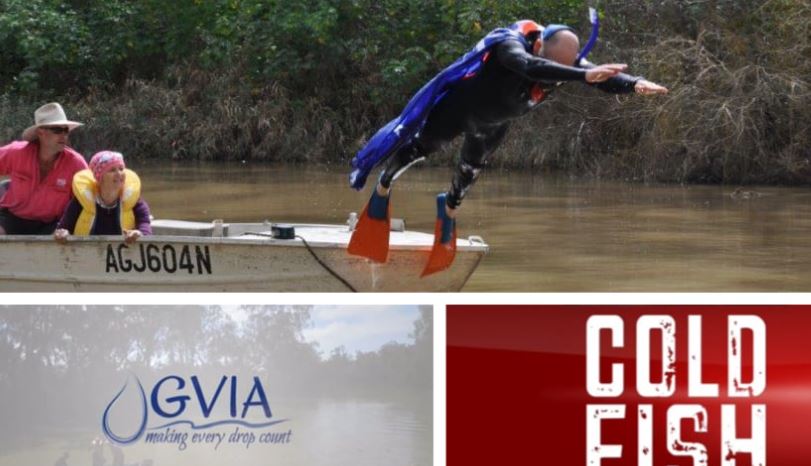 “Water recovery has had a significant impact already in our valley, with communities feeling the impact for some time of the reduced production and more than 200 jobs lost, which is slowly flowing through the regional economy.

“Water recovery has been to improve the health of our river. Yet we know that we will not be able to improve our native fish numbers, no matter how many megalitres of water we recover, if we do not address issues like cold water pollution,” she said.

“We’ve seen more than 40,000 megalitres of water for fish breeding that didn’t work in the Gwydir valley because of cold water pollution and other issues affecting our river systems. That water could have generated up to $75M in economic benefit for our community but instead it was wasted.

“We need the Murray Darling Basin Authority and our governments to stop buying water and re-focus on achieving a healthy river, the original objective of the Basin Plan by making the decision to invest in complementary measures that we know will work. Installing a thermal curtain on Copeton Dam, like the one already in place on Burrendong Dam (in central-west NSW), is a no-brainer for improving environmental outcomes.”

“Instead, we’re asking governments to turn their focus to achieving environmental outcomes,” she said

GVIA alongside the National Farmers’ Federation, Cotton Australia and other local organisations, have called for the Australian Government to abandon the ‘just add water’ approach in place in the Northern Basin and recognise a healthy river is more than flow.