REGIONAL: Two Cane Toads have been detected in Glen Innes, after reportedly “hitching a ride” from Queensland in a stock truck, highlighting the importance of the State Government’s newly-declared Cane Toad Biosecurity Zone, to assist with preventing the spread of the species in NSW.

Cane toads poison pets and native predators that try to eat them and can carry diseases that can be spread to native frogs and fish.

Member for the Northern Tablelands and Minister for Agriculture Adam Marshall said the declaration, which covers most of the State, was part of changes made under the Biosecurity Regulations 2019 recently.

“I encourage the Glen Innes community to help keep the region safe from pests by being vigilant, checking for cane toads and reporting possible sightings,” Mr Marshall said.

“The recent rain and humidity has provided perfect conditions for cane toads, so it is important travellers are not bringing cane toads unwittingly into the state and everyone in NSW is vigilant because we don’t want them to make themselves at home here.

“If allowed to establish, Cane Toads would have a devastating impact on our native wildlife and ecosystems.

“The new Cane Toad Biosecurity Zone incorporates all areas of NSW, including Glen Innes, except a portion of the north east of the state, where cane toads have already established endemic populations.

“If a suspected cane toad is found in the new Biosecurity Zone it must now be reported as soon as practically possible.” 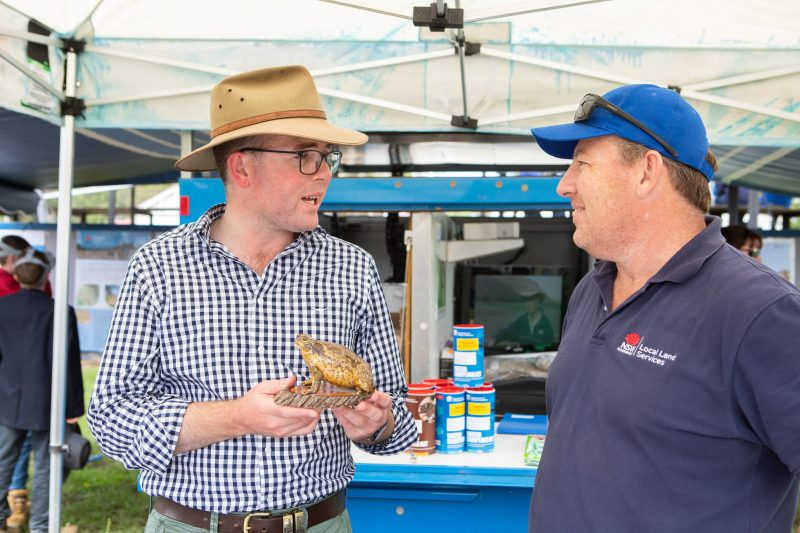 If you think you have seen a cane toad in the Cane Toad Biosecurity Zone:

Don’t harm it – it might actually be a native frog;

Wear protective clothing such as disposable gloves, glasses, long sleeves and eye protection before touching it;

Catch it if possible but watch out for poison. When stressed, cane toads can ooze and sometimes squirt poison from glands behind the head;

Take a photo, record your location and report the detection to NSW DPI; and

If you can do so safely, keep it in a well-ventilated container with a little water in a cool location while the species is determined.

“The best time to look for Cane Toads is on warm rainy nights, however you can also look in spots they may be sheltering during the day or cool weather,” Mr Marshall said.

“Cane Toads prefer open, disturbed habitats close to water and are often found on roads, footpaths and walking tracks, particularly if they are lit up at night as the lights attract insects that they feed on.

“They are also often found in drain pipes, crevices between rocks, hollows under trees, leaf litter or dense vegetation on the ground.”

Although there is no broad scale method to control the cane toad, maintaining awareness of cane toads, reporting their presence and managing them responsibly when detected will help in preventing their spread and further establishment in NSW.