THE Brisbane Dog Squad welcomed the ‘B’ litter to their pack eight weeks ago – Bella, Blaze, Boss, Ballast, Bailey, Bree, Brocky and Bendix.

Comprising of four boys and four girls, this litter are stars in the making if the last couple of weeks are anything to go by. Dog Squad officers began testing the pups’ potential abilities as working dogs since they were 12 days old. They start with desensitising them to surrounding noises and then retrieval exercises, such as tug-a-war and fetch, and have reported that all are quick learners and improve every day.

Bella, Blaze, Boss, Ballast, Bailey, Bree, Brocky and Bendix left the Dog Squad kennels at Oxley during the week and headed out to their adopted homes.

This lively litter is the third for proud mum police breeding dog Carla, and the first for dad Police Dog Finn, who is a current serving member of a Townsville Dog Squad team. 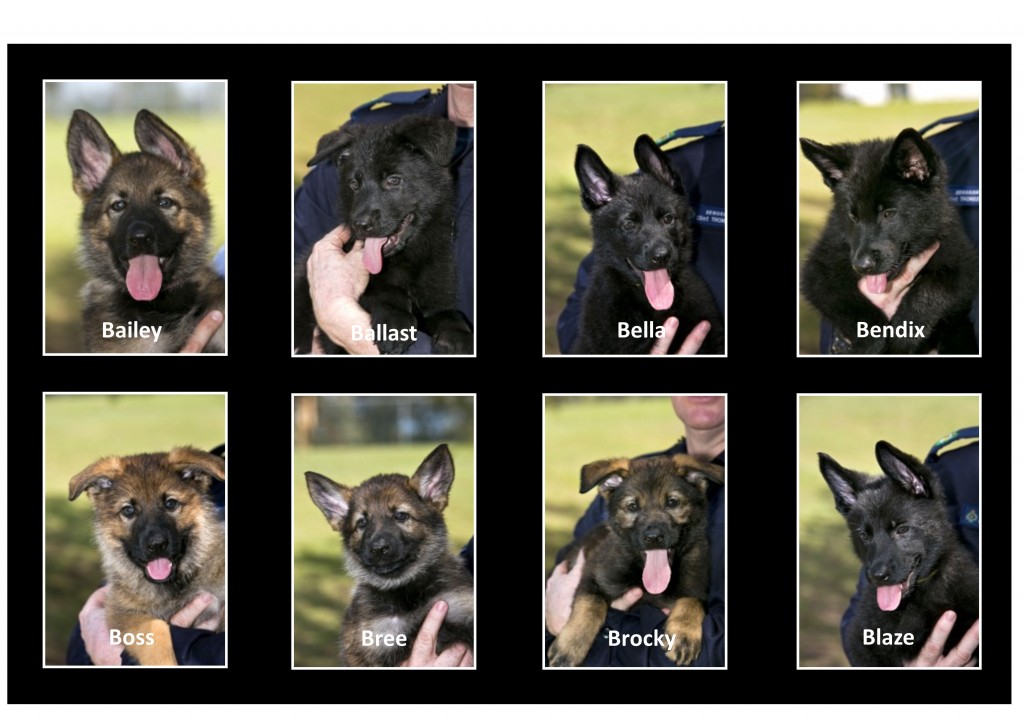 Bree and Bella are heading to the New South Wales Police Force as part of our ongoing police dog breeding partnership and Blaze is going to the foster carer of breeding dog Carla.

The remaining five pups will continue their development training with the QPS through their carers. The pups will learn socialisation skills necessary to be part of the community. They will increase in confidence with visits to schools, public areas and shopping centres where there are crowds and plenty of activity.

The pups will remain in foster care until they are 12 to 16 months old before they return to the Dog Squad in Oxley to receive 14 weeks of formal training.