THE Boomi Sports and Recreation Ground is looking better than ever, with two substantial NSW Government grants giving the important community facility an entirely new lease on life.

“For the first time, brand new seating will enable hundreds of local sports lovers to grab the best vantage point to take in camp drafts or the annual Boomi mud trials at the grounds,” Mr Marshall said. 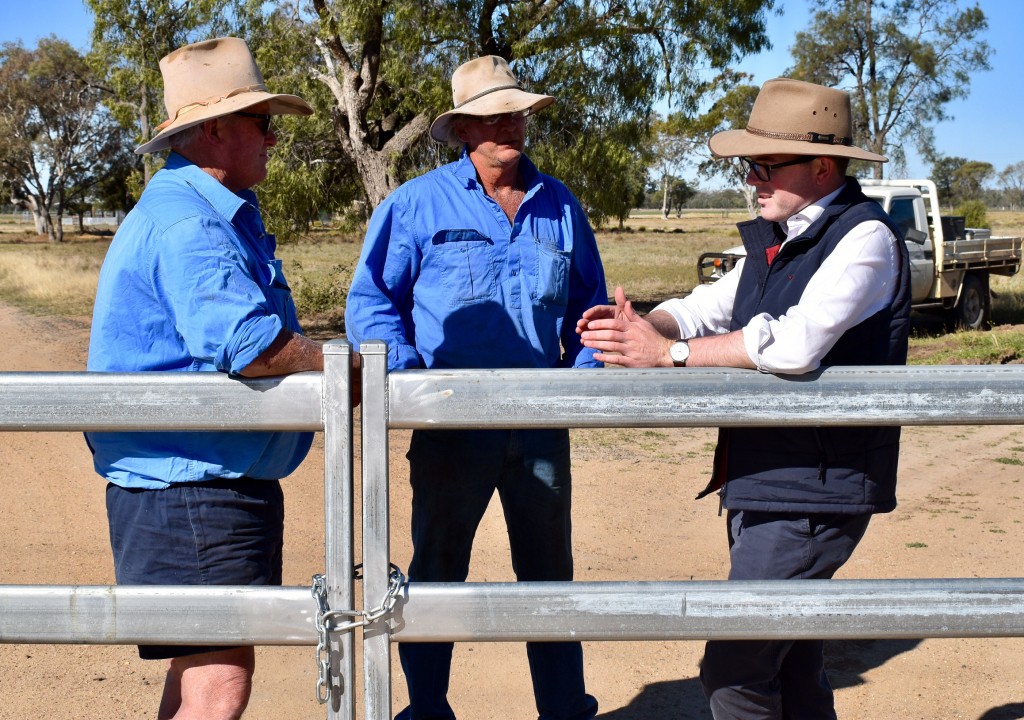 “This portable seating, made possible by a $5,000 government grant, is produced locally and is a vastly preferable option to the fixed grandstand seating which doesn’t provide a good view of the campdraft arena.

“As the installation can be used by a variety of different sports and clubs – the Boomi Sportsground Reserve Trust hopes to attract a wider variety of clubs, events and visitors, tipping extra dollars into the Boomi economy.”

The Boomi grounds are a popular stopover point for charity car rallies, plays host to an annual campdraft to support the town’s three churches and are home to a regular mud trial event.

Mr Marshall said the newly installed seating complemented the new and improved reserve boundary fencing surrounding the Sportsground, which was rebuilt thanks to $16,219 grant.

“The new fencing will be virtually maintenance free compared to the old timber boundary structure, which caused a constant headache – requiring regular upkeep from Trust members and other volunteers,” he said.

“It’ll also make the grounds more attractive to locals wanting to temporarily graze stock on the grounds, providing a valuable income source for the Trust.

“The fencing and new entrance gates look great and are a real credit to the Trust and the local community. Major projects can often be a difficult ask for public reserve trusts and I’m delighted to see these upgrades completed at Boomi to keep a valuable community facility running for many years to come.”