Boggabilla’s Macintyre Warriors to put bums on seats with $14,783 grant

THE Macintyre Warriors Rugby League Club, based in Boggabilla, says a State Government grant will help put bums on seats in more ways than one at their Boggabilla sports ground.

Northern Tablelands MP Adam Marshall has delivered a $14,783 kickalong to the fledgling footy club so it can put some crowd seating in place.

Warriors President Peter Rice says the funding is a great win – especially because it will mean the club can put the first major infrastructure project in place.

“We’ve got nothing, no lights, no seating, no shade cover, no changerooms, no showers or canteen, we started with absolutely nothing but now this funding will give us something,” Mr Rice said. 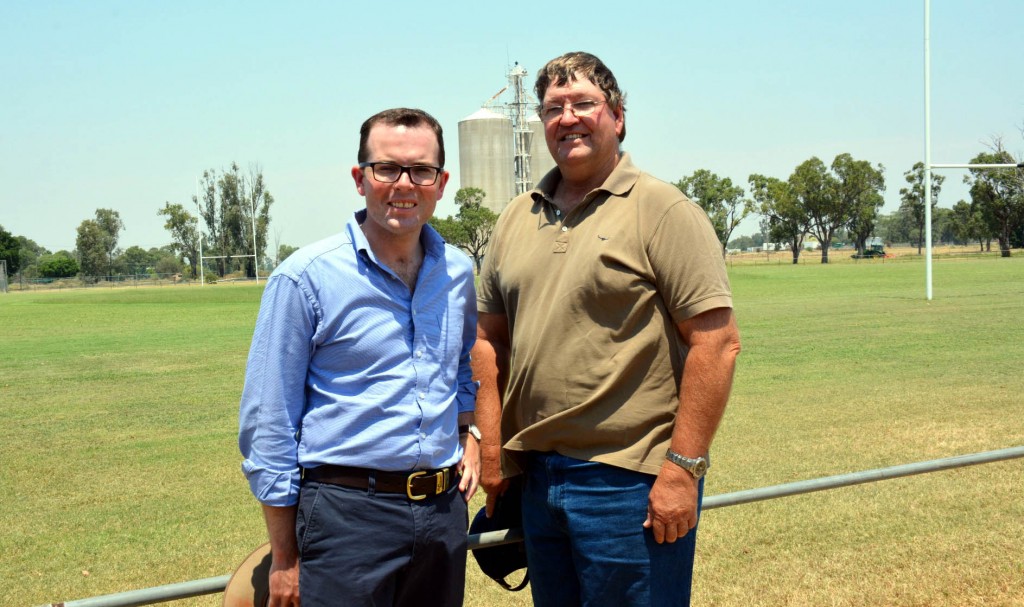 “We couldn’t be more grateful for this grant.”

Mr Marshall said the club won some funding last year which enabled them to put fencing in around the ground.

“Getting that fence allowed them to raise some income with gate takings and the club says that without it, they could not have survived for this year,” Mr Marshall said. “This seating will give them something comfortable to offer supporters,”

“They’re based at a public sports ground in Boggabilla where they can get anything from 400 to 1,000 people to a game.”

With support from the community, club members and Moree Plains Shire Council, the grounds are now green, clean and thoroughly more welcoming to players and spectators. Council is responsible for the upkeep of the field, which had been left virtually abandoned before the Warrior’s inaugural season last year.

The club fields three sides, a firsts, reserves and a ladies tag-league team, and draws players and supporters from the Boggabilla and Toomelah communities.

Mr Rice said while there wasn’t a big population to draw from, they had strong support from teenagers aged 16 to 18 but are also hoping to reattract veteran players from years gone by.

The club is in discussions about the type of seating they’ll be able to secure but hopes it can get either remodelled second hand or new tiered seating to accommodate as many fans as they can for their grant funds – and get it into place on the sidelines before the footy season starts.