NORTHERN NSW’s newest rugby league team, the Boggabilla-based Macintyre Warriors, has been given a start toward upgrading their home ground with a $25,000 State Government grant.

The grant will go toward a perimeter fence around the Boggabilla football oval. That gives the young team the ability to charge admission for games, creating revenue that can go into the development of other facilities. 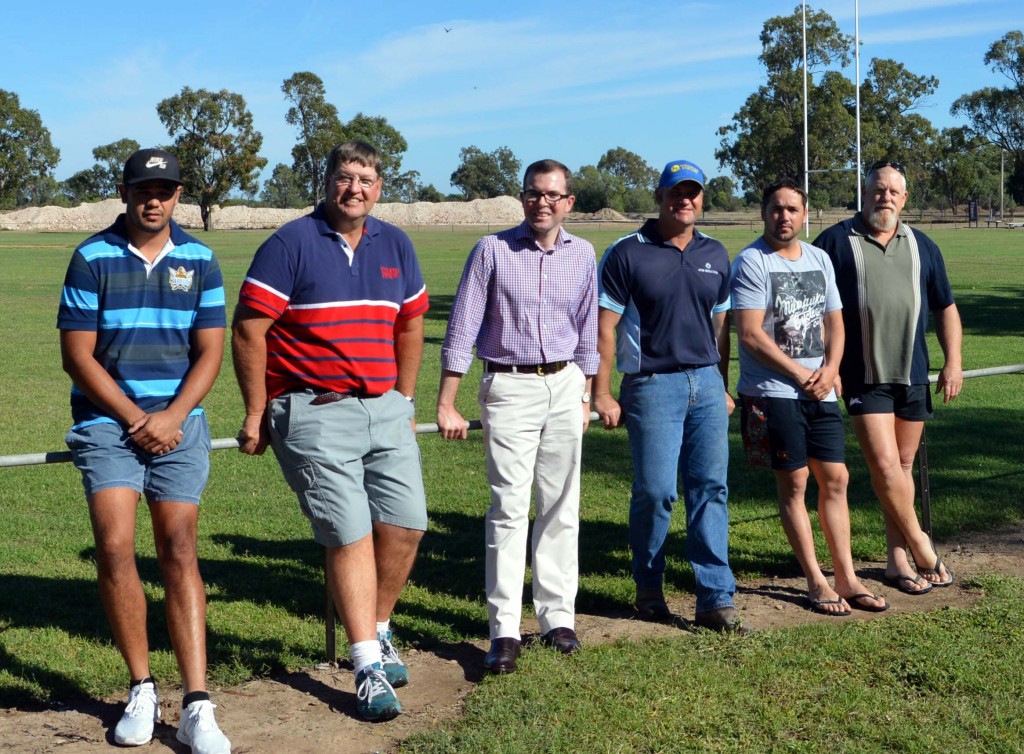 News of the grant was delivered by Northern Tablelands MP Adam Marshall, who has thrown his weight behind the Macintyre Warriors since the idea of a new Boggabilla-Toomelah team was floated by Goondiwindi businessman Peter Rice.

Mr Rice approached Mr Marshall last year with his idea of revitalising Boggabilla through rugby league. At that point, Mr Rice was looking for funds for a container to store equipment.

“I was delighted when the Premier came to the party and saw the merit in supporting this fledging club with a $5,000 grant.”

“It’s been a pleasure to watch the club’s early progress, and it’s been rewarding to help out to support the Boggabilla community develop its own sporting identity and infrastructure.”

The Warriors are starting almost from scratch.

“I inspected the football oval a few months ago. It’s in reasonable order, and the Moree Shire Plains Council will help with its maintenance,” Mr Marshall said.

“However, there are no lights, seating, shade cover, change rooms, or canteen. But the main concern was that the oval has no perimeter fence.

“Apart from providing security and safety for the patrons, a fence will give the club the opportunity to generate an income by charging an entrance fee. With the revenue they generate, they can start to improve the other facilities.”

“We have to be able to create revenue,” Mr Rice said. “That makes gate fees a necessity to meet the costs of registration, insurance and equipment.

“Sustainability will attract community pride in its team, and that will attract more valuable volunteers and participants.”

“The fence will also provide much-needed security from the inside and out. The oval is bordered by four roadways, one of which is the Newell Highway – an extremely busy section of it.”

“We have lots of families turn up for training so the fence will provide safety for them, while limiting the possibilities for crime and vandalism.”

“This club isn’t just about rugby league; it’s about bringing the community together and giving them something to look forward to.”