THE Bingara Sporting Club has made the cut when it comes to golfing play with news of a $26,000 funding injection from the State Government that will help it buy a new first-rate greens mower.

Northern Tablelands MP Adam Marshall today announced the funding for the local multi-sports and social club, after meeting with the executive last November to hear about the desperate need for the new piece of equipment. 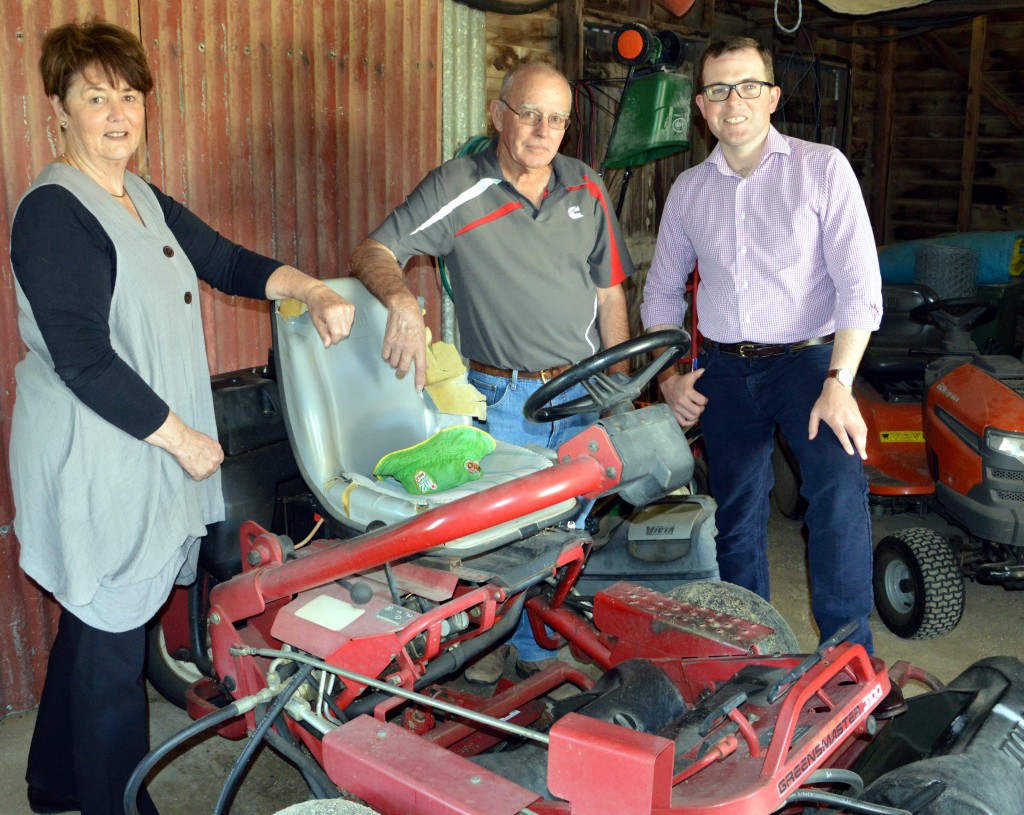 Mr Marshall said the club had been successful in its application for the funding through the Community Building Partnership program and the money would enable it to buy a new specialist greens’ cutting mower.

“The club’s been around for about 60 years and it has about 500 members but even more importantly it delivers some top-notch facilities for tennis, golf, bowls, and for gym enthusiasts,” Mr Marshall said.

The club is also used by other organisations and for school sports.

“They’ve been making do with an old mower that’s basically been held together with sticky tape and good luck – so this is great news because it will help them buy a new one that will do the job perfectly and give them the best greens they can hope for,” Mr Marshall said.

“I’m delighted for the club and its volunteer committee members who give so much of their own time to keep the course looking superb.”

Sporting Club President Tim Cox said club executives were finalising quotes for the new machine and hoped to have it on course in a few weeks.

Their old second-hand machine had been in use for over 15 years but the new model will arrive in time to handle the peak growing season off the back of the greens having been cored at the end of November.

Mr Marshall said the club had also been saving money from green fees and other fundraising events to go towards the cost of the new mower, which is about $38,000.