THE four marble honour rolls mounted on the front of the Ben Lomond War Memorial Hall have now been restored to their former glory courtesy of a $10,000 grant from the NSW Government’s Community War Memorial Grants Fund. 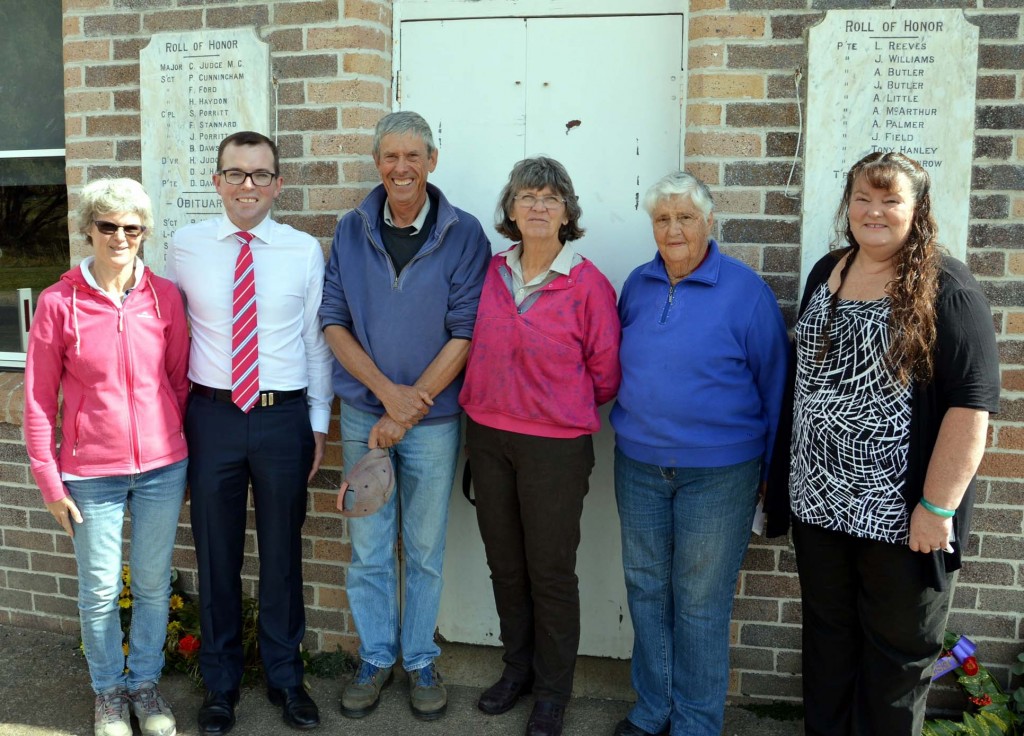 Mr Marshall said the fund had been established by the NSW Government to allow communities to continue to honour the contributions made by servicemen and women by helping with the protection and restoration of war memorials across NSW.

“The Ben Lomond Hall is one of the finest in the Northern Tablelands and is managed by a very dedicated group of locals who continue to work tirelessly to ensure it is maintained and remains a functional and integral part of village life,” he said.

“I’ve visited Ben Lomond on many occasions and each time it’s either to inspect work already completed or get an update on what’s needed next.

“The trustees are a pleasure to work with as they leave no stone unturned to find the funding they need for the upgrades that are necessary.

“On this occasion the four marble panels, inscribed with the names of the local men and women that served this country in the WWI, have been cleaned and repainted and restored to their original state.

“It’s been a very worthwhile project and one I’ve fully supported.

“I believe as a government we have a responsibility to maintain our war memorials as a means of demonstrating that the sacrifices made by our servicemen and women have not, and will not be forgotten.”

Kids well looked after at Moree on a Plate Saturday!!

Next post
Kids well looked after at Moree on a Plate Saturday!!