IT is often said in the racing game that half a loaf of bread is better than no bread at all.

And it’s a maxim that sits well with Moree trainer Doug Fernando, who watched his new stable acquisition Beau In Chains dead-heat for first at Mallawa picnic races on Saturday.

Beau In Chains, now owned by Fernando’s dad Martin in partnership with long-time stable client Doug Hall, has been in Moree for less than two weeks but gave new connections part of their investment back by finishing strongly in the 1000m Irritek Class 2 handicap to dead-heat with Luke Morgan’s Folkstone.

While the photo-finish camera couldn’t split Beau in Chains (9-4) and Folkstone (9-4on), Neville McCarthy’s Jonah Hex (9-1) was four lengths away third.

“I don’t think you see a dead-heat at the picnics very often but a little fish tastes just as sweet as a big fish,” Fernando chuckled. 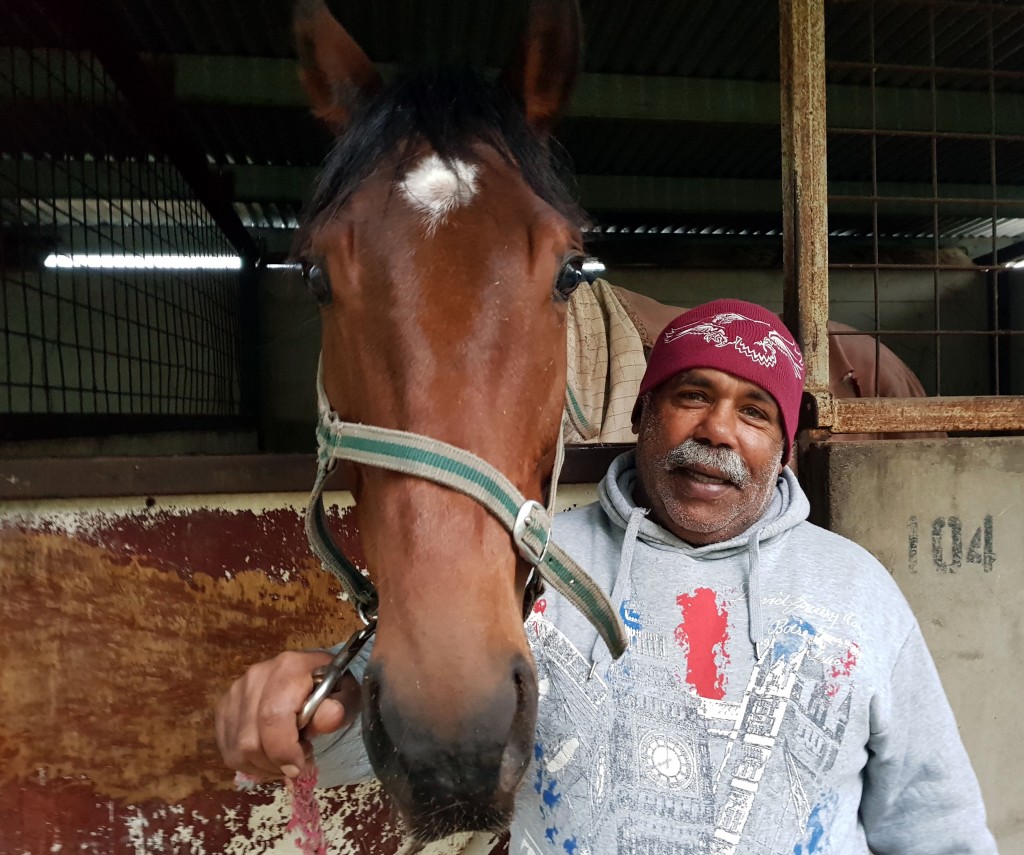 Ridden by 3kg-claiming apprentice Katie Spalding, Beau In Chains – with a history of pulling and over-racing – settled back in the small field before powering home to snatch half the prize money.

“It was a good ride and Kate did everything right,” Fernando said.

“The instructions were not to go too hard on him but not to let the leader get too far in front, either.

“He began looming up coming to the turn but it was only in the last 50m that he really started to let down – another hop or two and he wins the race.

“Fair enough, we had a lot less weight than Luke’s horse, but the big fellow really let down well,” he said.

Fernando said that Beau In Chains had a tendency to pull in its work, and in the past had taken the habit to the races.

“We’ve only had him here at Moree for about eight days and I put him in the saddle before we started him,” Fernando said.

“I gave him six or seven days’ slow work out on the track and he does have a tendency to get on the bit – he pulls and needs a strong rider.

“I got his teeth done and gave him another hit-out, and he’s feeling fine now. He’s a quiet big buggar and did everything right at Mallawa – you can do anything with him – but he has got a history of not settling in his races and over-racing a bit,” he said.

Fernando, who only has two in work, has no immediate plans for Beau In Chains.

“I’m not quite sure what the plans are for him next start,” he said.

“We’ll just poke along with him – dad and Doug will have a bit of fun with him, I think.”