Barwon Local Area Command today farewelled one of its most popular officers.

Wilie is originally from the Bourke area and is of the Barkindji people. He has worked as an ACLO at Bourke and Dubbo before transferring to Barwon in 2014.

Willie has always had a passion for helping young people achieve their full potential and to live rewarding, purposeful lives. 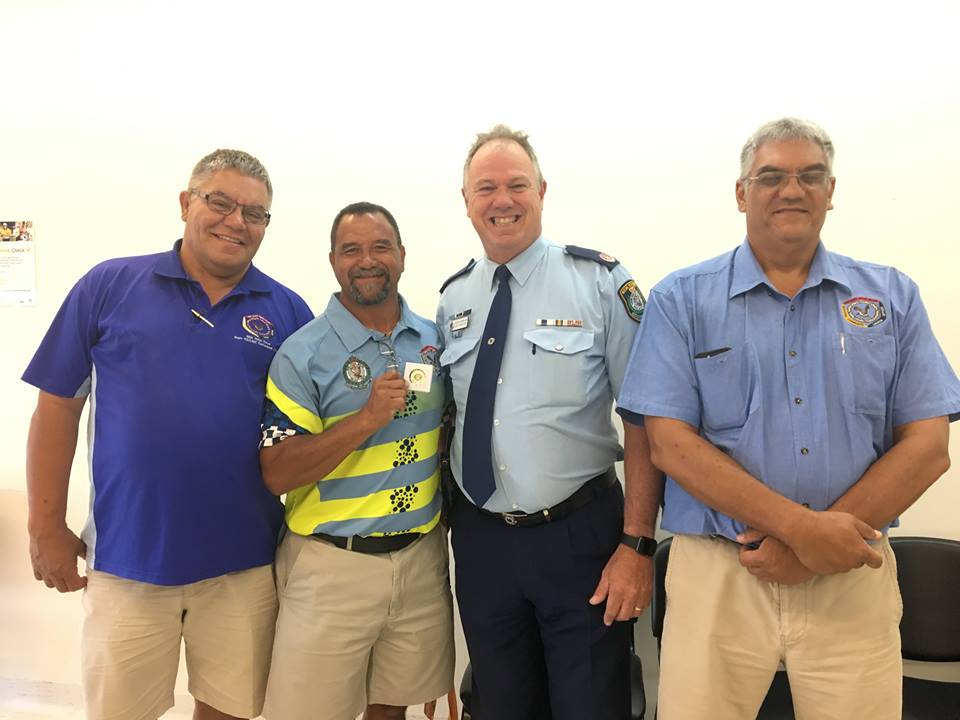 In 2012 Willie was instrumental in introducing the state’s first bicycle patrols for ACLOs at Dubbo.

The idea was borne out of a deployment to the Tamworth Country Music Festival and, after getting approval, designing the uniform and organising bike training, they were launched at the same festival in 2012.

During his time at Boggabilla Willie worked closely with local officers to engage with local young persons including the early morning Healthy Lifestyle Breakfast Program.

“Willie  has served the communities of the Western Region well. While we hate to see officers such as Willie leave us, we’ve had 21 great years of service from him, helping us keep balance between Police and communities and encouraging the youth of these communities to strive for the best,” Mr McKechnie said.

“It has been a pleasure working with Willie and we wish him all the best. The legacy of his work with the New South Wales Police Force will be remembered for many years. Thank you.”

Moree boosted by some energising enterprise