One week into the “Dob in a Dealer” campaign in Barwon Local Area Command (LAC), police and Crime Stoppers are urging residents to continue their offensive against the drug “ice”.

The Commonwealth-funded campaign is currently being run in states and territories across Australia.

In NSW, the campaign is being held in 21 metropolitan and regional LACs over a six-month period between March and September 2016.

It will run in each LAC for two weeks, during which local residents will be urged to help police shut down drug-manufacturing syndicates and arrest drug suppliers by reporting relevant information to Crime Stoppers.

The campaign is now in its second week in Barwon LAC, where police received a tip-off from a member of the public on the very first day of the campaign in Moree (Sunday 1 May 2016).

Later the same day, police executed a search warrant at a residence in Moree, where officers seized prohibited drugs and drug paraphernalia, along with allegedly stolen property.

This week the campaign will travel to Narrabri, where police will meet with community members at a morning tea on Wednesday (11 May 2016). 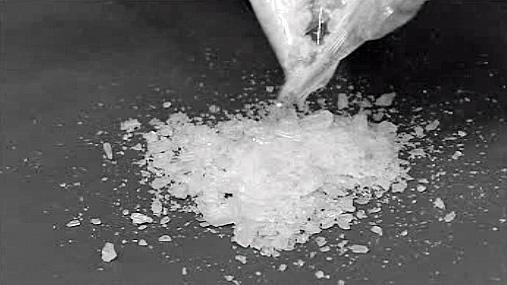 At this and other community-engagement events across Barwon LAC, police and Crime Stoppers are reminding people to keep up their efforts to rid their community of prohibited drugs, including “ice” (crystal methylamphetamine).

“We have been very pleased by the reaction of local residents to the campaign to date,” Barwon LAC Commander, Superintendent Paul McDonald, said.

“We want members of the public from across this command to continue telling us what they know about prohibited-drug activity – which they can do anonymously via Crime Stoppers.

“If you have any information that will help expose drug criminals, let us know. Even the smallest piece of information can make a big difference to our investigations,” Supt McDonald said.

Crime Stoppers NSW CEO, Peter Price, said drugs can have devastating consequences for the whole community, and putting a stop to the flow of drugs requires a whole-of-community response.

“Local residents often hold the key to information that can help reduce crime, and we are asking people who live in within Barwon LAC to play an active role and report those people that are bringing harmful drugs into the area,” Mr Price said.

“If you have already reported something to Crime Stoppers, we thank you; if you have not and know something, we ask that you let us know immediately.

“By making that one anonymous phone call or online report, you could save not only your community from drugs, but also a life,” Mr Price said.

Crime Stoppers is focused on gathering information to stop the supply and manufacture of drugs. If you or someone you know is affected by drug use or addiction, please contact support services such as the Alcohol and Drug Information Service on (02) 9361 8000.

Record numbers set new benchmarks for Moree on a Plate