FOUR of the region’s outstanding contributors, recognised in today’s Queen’s Birthday Honours list in the Order of Australia, have been warmly congratulated by Northern Tablelands MP Adam Marshall.

“These awards recognise the people who are the glue that keep our rural communities working,” Mr Marshall said.

“Aunty Sue, Professor Usher, and Cr Tramby and My Byers have collectively given years of selfless service to people and causes in ways that help far more people than those immediately around them.

“Our communities are absolutely dependent on these people, and those like them, who give and keep on giving in ways that make their communities better places to live in.

“Aunty Sue” Blacklock has been made a Member (AM) of the General Division of the Order of Australia for “significant service to the Indigenous community through advocacy roles for improved child welfare, kinship care and cultural identity”.

Aunty Sue’s work has been integral to a number of government campaigns and inquiries, including the current Royal Commission  into Institutional Responses to Child Sexual Abuse.

In 2014, she was appointed the first Ambassador for Children at the University of South Australia’s Australian Centre for Child Protection.

Professor Usher, the Head of UNE’s School of Health, was also awarded an AM “for significant service to nursing and midwifery education and research, nationally and in the Pacific, and to professional organisations”. 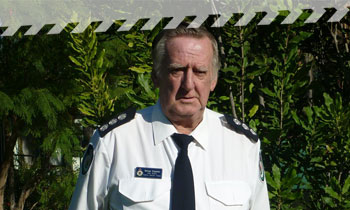 Professor Usher has had a wide-ranging career in government and academia that has demanded active involvement in initiatives supporting better mental health, nursing and midwifery outcomes.

From 2010-14, she was a member and research leader of the Asia Pacific Emergency and Disaster Nursing Network.

John Tramby, the Mayor of Moree Plains Shire Council from 2004-07, was awarded a Medal (OAM) of the Order of Australia in the General Division for services to local government and the Moree community.

Cr Tramby’s record of service goes way back. He has been a volunteer with the Gurley Bush Fire Brigade for more than 50 years, secretary of the Gurley Progress Association for 30 years and president of the Upper North West Council, Returned and Services League of Australia, for 17 years.

In 2007, he became Group Captain, a position he still holds. Among his contributions, he conducted an extensive overhaul of the Moree tanker fleet, and contributed to the design of the new Category 6 tankers.

Mr Alec Byers joined the Ashley Rural Fire Brigade in 1997 and has remained an active member of this brigade throughout his service. From 1997 until 2007 Mr Byers was Captain of this brigade and in this time was involved in all aspects of the brigade, from attending incidents to issuing permits. Mr Byers is also a current permit issuing officer for the brigade, a position which he has held since 1997. In 2006 Mr Byers was elected as a Deputy Group Captain then Group Captain in 2007, a position which he still holds today. In this role Mr Byers is active in all aspects of the Service, from attending incidents as Incident Controller and Divisional Commander, to attending Service Level Agreement meetings and Senior Management Team meetings. Mr Byers also regularly assists with training in the team area, including running the local pumping scenarios and assisting with the Rural Fire Driver courses.

Mr Byers contributed to the design of the new Category 6 tankers and has assisted with their induction into the local area. During Mr Byers time with the Service he has conducted an extensive overhaul of the Moree Tanker fleet, a role he still assists with as required.

Mr Byers has attained high level qualifications, including Group Leader and is a mentor to members of the service throughout the Namoi / Gwydir Team area.

Mr Byers received the 10 year RFS Long Service Medal in 2012 and it is the view of the Namoi / Gwydir Team of the NSW Rural Fire Service that Alec Byers is a worthy recipient of the Australian Fire Service Medal for his 18 years of diligent service to the community.