THE small village of Ashley, about 20km north-west of Moree, is still celebrating the news that local cowgirl Rebekah McMahon has been crowned 2018 Australian Rodeo Queen.

And the roar from Ashley – population about 200 – could be heard all the way back to the Gold Coast when 20-year-old Rebekah was crowned the winner.

“It was an overwhelming moment being crowned the rodeo queen of all of Australia,” Rebekah beamed.

“I wasn’t confident about winning and was up against some really amazing women who wanted the title just as much as I did . . . I really did not expect to win. 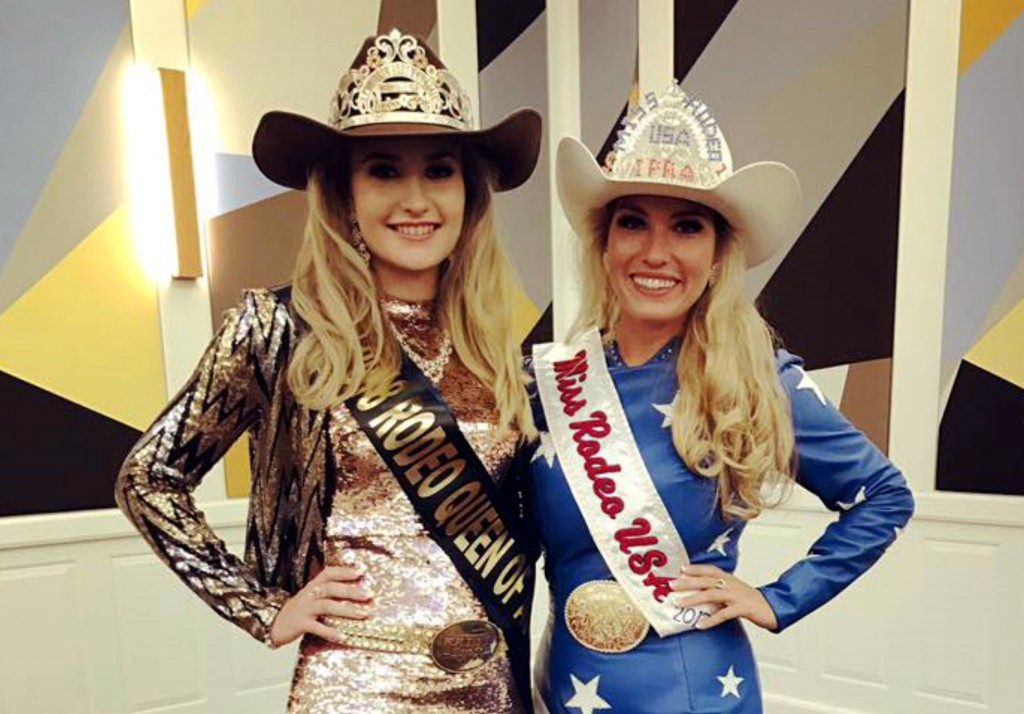 “I decided to enter when I saw the other girls, such as 2017 Queen Bessie Smits, performing their duties and it just appealed to me – it was something I was really interested in giving a go,” she said.

It was the first time that a Miss Rodeo USA has attended and judged the pageant – and the first trip down under for Ms Howard.

“This is the first time that I have been to Australia and a part of the pageant. I am enjoying my stay and I’ve had a wonderful time with all the contestants,” Ms Howard said.

“The contestants are put through a week of judged categories. Horsemanship is a major part of the competition and Rebekah did very well in regards to that portion.

“She also was very poised and modelled well. Judging was very hard, but it was so rewarding to see all the contestants shine.

“I really enjoyed getting to know all the girls and I had a blast. I wish all the very best to the new queen for the best year of her life,” Ms Howard said.

Finalists participate in planned promotions as well as a demanding week-long schedule, where they are judged on personality, appearance and horsemanship.

They are also judged on speeches, modelling, horsemanship patterns, written examinations and interviews.

Rebekah, a university student who lists all equine sports, painting, arts and crafts and furniture restoration as her chief hobbies, now has a busy 12 months in front of her – and it’s a journey that could include a trip to the world-famous Calgary Stampede in Alberta, Canada next year.

“In the next twelve months I will be travelling all over Australia to promote rodeo and help out with association-run events,” Rebekah said.

“I will then be travelling to Canada and America to represent my country in the sport of rodeo, including the Calgary Stampede, Cheyenne Frontier Days and Fortworth, Texas while I am in North America.

“It’s been such an amazing experience, and I was so happy and proud of myself, and all the other girls who were finalists,” Rebekah said.