During a tour of the school with Relieving Principal Louise Moffatt, school captains, staff and students, Mr Marshall also highlighted the importance and benefits the Gonski education reforms had already brought to the students and staff at Drummond.

“It’s great to be back here at Drummond to see some fresh paint on the buildings and new floor coverings in the classrooms,” Mr Marshall said.

“Not only has Drummond and other local schools, such as Armidale City Public, befitted from minor revamps over the holidays, but every school in our region is reaping the benefits from the injection of extra recurrent funding through the Gonski and NSW Government education reforms.” 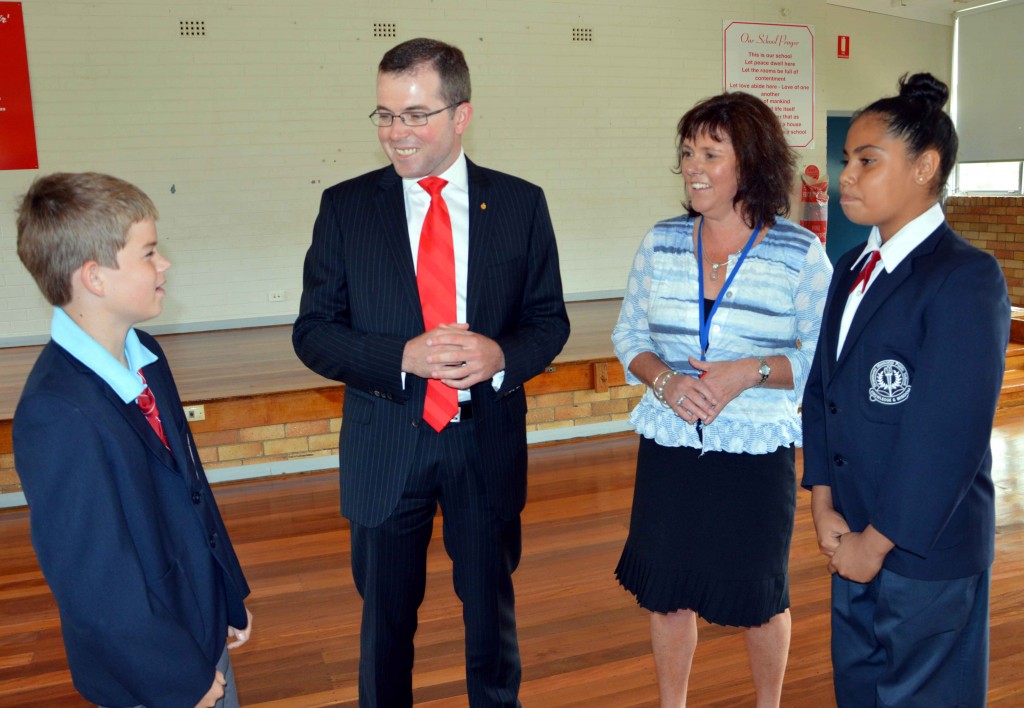 Mr Marshall said that the positive impact of the reforms was already being felt throughout the Northern Tablelands, less than two years in, with an extra $6 million of recurrent funding to the region’s 52 public schools.

“At Drummond, the difference is stark – the school has experienced a funding increase of 118 per cent over the last two years, an extra $165,900 of recurrent funding, and there’s more to come!

“I saw yesterday what a huge difference that funding is making to the resources and support Drummond can offer all its students, from extra programs for, specialist training for staff and new technology.

“Drummond has employed additional English as a Second Language (ESL) teacher for two days a week to assist the 35 students who are learning English as a second language. Additionally, new smart boards, extra computers and teacher’s aides have been secured utilising this funding.

“The real advantage for schools is that not only do they receive the extra recurrent funding under Gonski but via Local Schools Local Decisions reforms, the schools determine where the money is spent to best meet the needs of their students.”

Mr Marshall has renewed his call for the Federal Government to reverse its decision to only fund the first four years of Gonski and join with the State Government in offering the very best start in lift for our country students and fund the full six-year Gonski package.

“Students in country schools deserve every opportunity available and they are the ones who benefit the most under Gonski – that’s why I am a passionate supporter and why the Federal Government should be too,” he said.

Meanwhile, thanks to a $2,580 grant from the NSW Government the Warialda Racecourse Trust can now replace its small, leaking water tank with a larger version, finally dispensing with the need for event organisers to cart water to the grounds when hosting events.

“The funding has come from the NSW Government’s Public Reserves Management Fund (PRMF), from which the Northern Tablelands secured more than $413,000 in this round for a variety of projects,” Mr Marshall said. 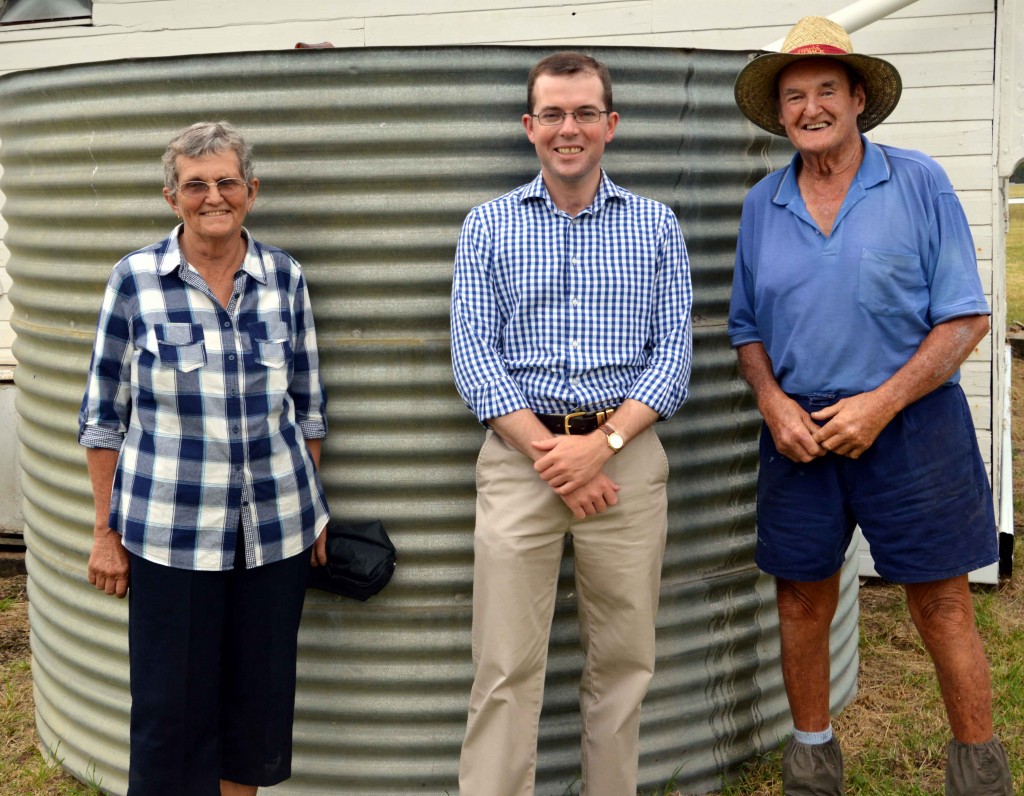 “I’m delighted the racecourse trustees threw their hat in the ring and applied for some funding – it’s the first grant they’ve applied for through the PRMF and its good to see they are keen to make some improvements which will make the grounds more user-friendly.

“The racecourse hosts two big events each year, the races and a polocrosse carnival. The pony club also use it regularly so I’m sure they will all be pleased to hear they will no longer need to cart water from town.

“The racecourse is a great community asset and I’m pleased together we have been able to secure this grant.”

Warialda Racecourse Trustee Isobel Hall said they would now purchase a 22,500 litre tank which will adequately cater for the needs of the racecourse users.

“This is very welcome news and we thank Adam for his support,” Mrs Hall said.

“We will be looking for some more grants in the future as there are quite a lot of things we’d like to improve.

“We certainly need a new amenities block so that may be the next job on our list.”

Get involved in the Green Army