Mr Marshall said PEL 437 covered an area of 565,497 hectares from near Warialda and the Gwydir Highway north to the Queensland border, including Boggabilla. It was issued on 7 May 2001 for just $1,000 by the then Mineral Resources Minister Eddie Obeid.

“I welcome the cancellation of PEL 437 and the knowledge that this area will not be re-leased for exploration,” he said.

“PEL 437 was what could be described as a ‘sleeper licence’ where, aside from drilling four bore holes near Boggabilla in 2009-10, the company had not undertaken any activity.”

Mr Marshall said he had sought and received assurances that the Department of Resources and Energy would next month inspect the four ‘plugged’ holes to determine if there are any outstanding rehabilitation issues before the security held against the title will be returned. 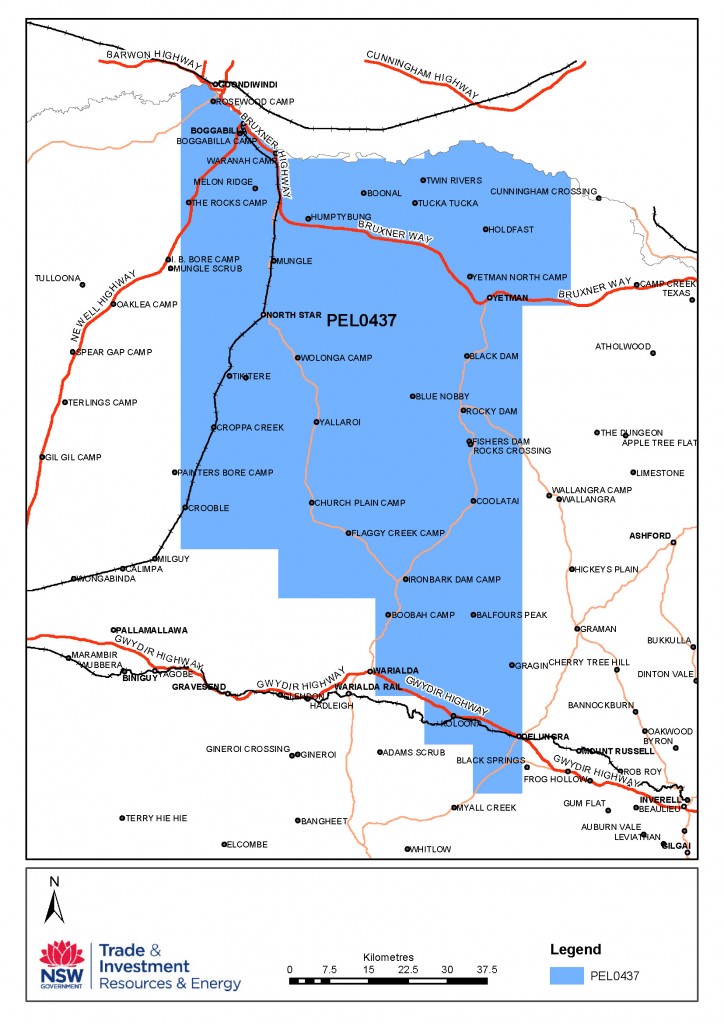 “This is absolutely vital to reassure the community that the rehabilitation has been completed to the proper standards,” he said.

Mr Marshall said the buy-back and cancellation was an action from the government’s NSW Gas Plan, which Action 4 provides a one-off opportunity for PEL holders to surrender titles for limited compensation.

“The Plan clearly sets out for people how the NSW Government will fix the messy legacy issues left by previous governments,” he said.

“Following on from the cancelling of Trough Exploration’s prospecting application over Gwydir Shire late last year, I am very pleased with this second very clear demonstration in our region of the task of removing these licences from our good agricultural lands.

“It wasn’t that long ago that around 43% of the state was covered by PELs – now that figure is closer to 15% and I will continue to work with our local communities to see other inappropriate licences, like PEL 437, removed.”