Andy and Zoe’s story one of hope, love and inspiration

WHEN Andy and Zoe Cullen told their story on Saturday night you could’ve heard a pin drop.

There were more than 200 people listening, but the only sound resonating through the Moree Services Club auditorium were their voices – at times haunting.

Together, they saved their marriage, their family – and Andy’s life.

“After only six months out of the Army I was hospitalised after suffering a complete mental breakdown,” Andy said.

“I landed in a psychiatric clinic on the Gold Coast and was diagnosed with severe PTSD and depression.

“The doctors told me I would be like this for the rest of my life and that I would need to take a cocktail of medications to live anywhere near a normal life. 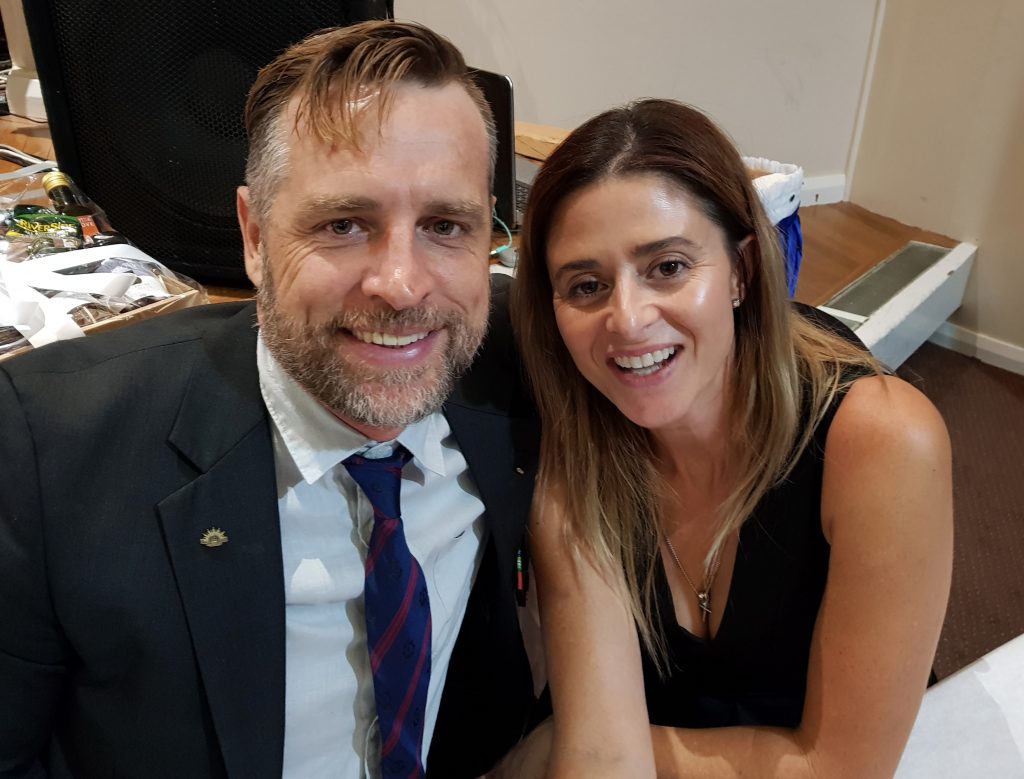 “My life was falling apart,” he said.

Andy said he had lost all sense of identity and purpose – and was too proud to admit he had serious problems.

“I was no longer Major Andy Cullen, Explosive Ordnance Disposal technician,” he said.

“I was a burnt-out nobody and I quickly descended into the black abyss of a dark depression. I had lost everything – my pride, my identity, my purpose and my social standing – and I was suffocating from guilt and shame for having succumbed to what I considered a personal weakness,” he said.

Andy joined the Australian Army the moment he left school.

It was a career shaped for him.

“I had grown up as a military brat moving around Australia and overseas following in my father’s and grandfather’s footsteps,” Andy said.

“I saw the Army as a proud organisation, something I could belong to and find purpose in. I loved leadership and my heart’s desire was to lead my soldiers with pride and dignity.

“Over time the Army forged my identity and I viewed what I was doing as an important role in society. I put service above all else including my wife and children.

“This pursuit would see me deploy on multiple occasions overseas including two deployments to Afghanistan,” Andy said. 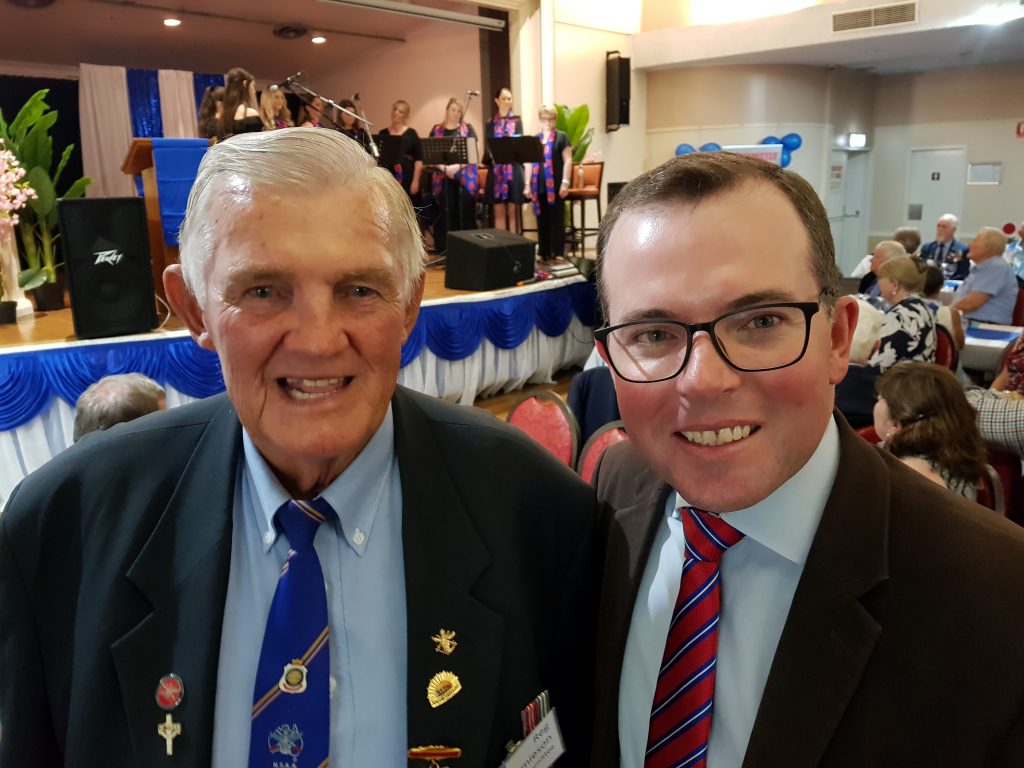 “I spent much of my time pulling road-side bombs out of the ground and trying to out-think an enemy that had both the time and resources to imagine new and interesting ways of trying to kill me.”

Zoe grew up at Byron Bay, one of six children.

“I had absolutely no exposure to the military at all, except from films like Officer and a Gentleman, so when I met Andy and found out he was an officer, I imagined a very glamorous life of fine-dining in the officers’ mess and ball-gowns and champagne. It was ignorant, I know, but I was to learn very quickly how far from reality my understanding was,” Zoe said.

After his last deployment Andy realised he needed to be with his family.

He had served the Army for 17 years and during that period Zoe had raised their three children, much of the time as a single mum.

A fourth child would arrive during Andy and Zoe’s darkest days.

“Our marriage was under pressure and Zoe was struggling, raising three kids as a single mum,” Andy said.

“So, after some consideration I put in my request to discharge from the Army after 17 years’ service.”

Andy found employment in the civilian sector, training police and military in counter-terrorism.

“I was home more but I was struggling to settle back into a routine outside the military. I started to experience many of the symptoms of PTSD such as nightmares, hallucinations, anger and isolation,” Andy said.

His life – and marriage to Zoe – quickly descended into a downward spiral.

“I think the hardest thing was I had no idea how to deal with what was happening to me,” Andy said. “I was in denial that I had a problem, and told myself the symptoms would go away over time. I attempted to drink the issues away, only adding fuel to the fire. 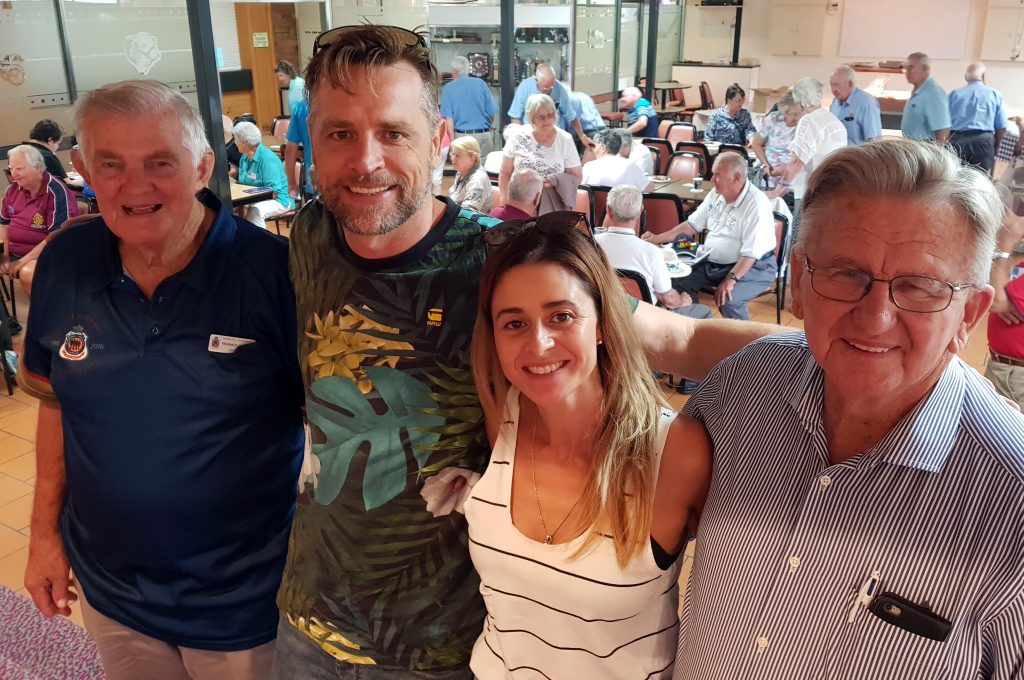 “Home life quickly became unbearable for everyone,” he said.

Zoe was on the edge of madness herself.

She was disillusioned and dazed, especially when help from the Australian Army was not forthcoming. 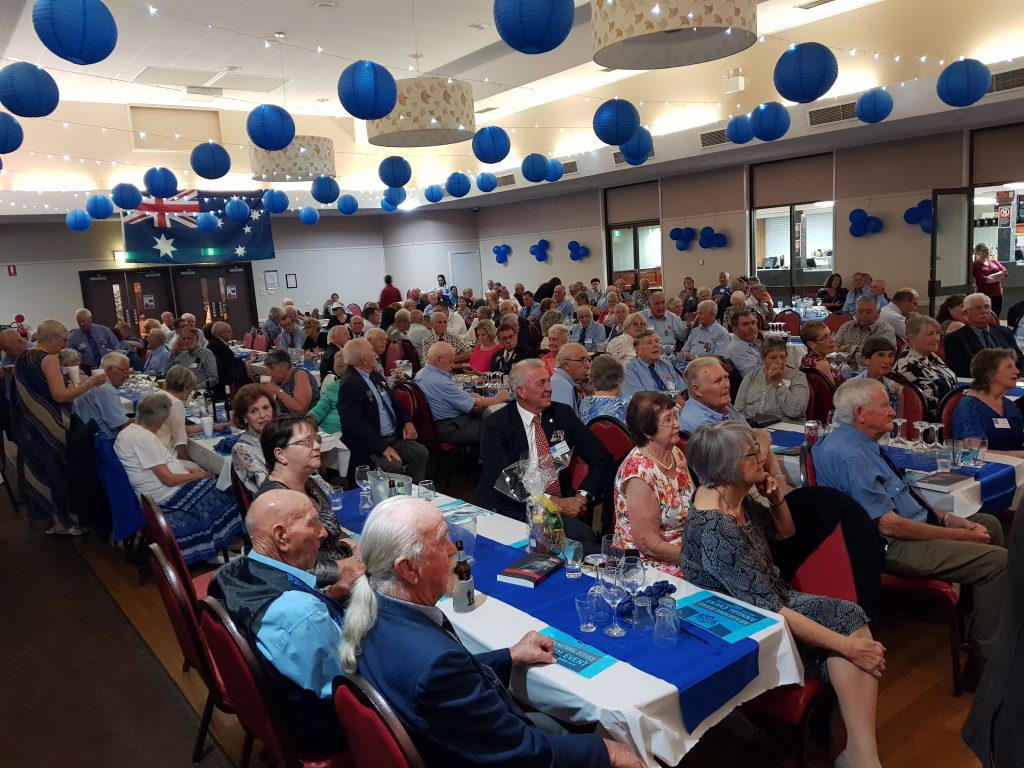 “After six months I realised things were getting worse.  We were all still walking on eggshells because daddy couldn’t handle noise or would fly off the handle at the drop of a hat, and I was exhausted from constantly trying to protect the kids.”

For Zoe and the children, PTSD was uncharted territory.

“What made it worse was the invisibility of an illness. If somebody hurts their leg, they wear a cast or a bandage and you are reminded to be careful . . . it was with some relief when Andy was diagnosed,” she said.

“PTSD is an injury, and like all wounds it needed treatment but I was out of my depth, and so was Andy.

“I sought to educate myself, so I could coach Andy through this. I became aware of the importance of diet and lifestyle choices and the negative impact of alcohol on a situation like ours.”

The greatest disappointment, Zoe says, was the lack of help and support from the Australian Army, post Andy’s discharge.

“I rang the army to enquire about a new DVD that had been published regarding PTSD,” Zoe said.

“I was told we were no longer entitled to receive such information as Andy no longer served.

“Seventeen years he had given them, and they had reduced him to this; they had chewed him up and spat him out, and my family along with him.

“You can understand why I started to resent everything ‘Army’.”

Zoe suffered inexorable pain and heartache as she struggled to keep her family and her life together.

“I remember feeling so alone, because nobody understood,” she said.

“I felt so trapped in a relationship with this man that looked like the man I married but didn’t, or couldn’t, love me or my babies.

“It was like someone had flicked a switch. He was unreachable. He constantly and viciously wounded me verbally and emotionally without care.

“The damage was irreversible. There was no coming back from this. I was physically depleted. I felt no more love for this man with whom I’d exchanged death-to-us-part vows,” she said.

“My bucket was empty. He had used it all up. I had nothing left.

“But as exhausted and emotionally distraught as I was, I had to keep it together, otherwise all was lost,” she said.

“Our healing journey really began once we were on the same page.

“Couples that heal together stay together. PTSD had affected our whole family, so we needed a whole family approach to get through this. 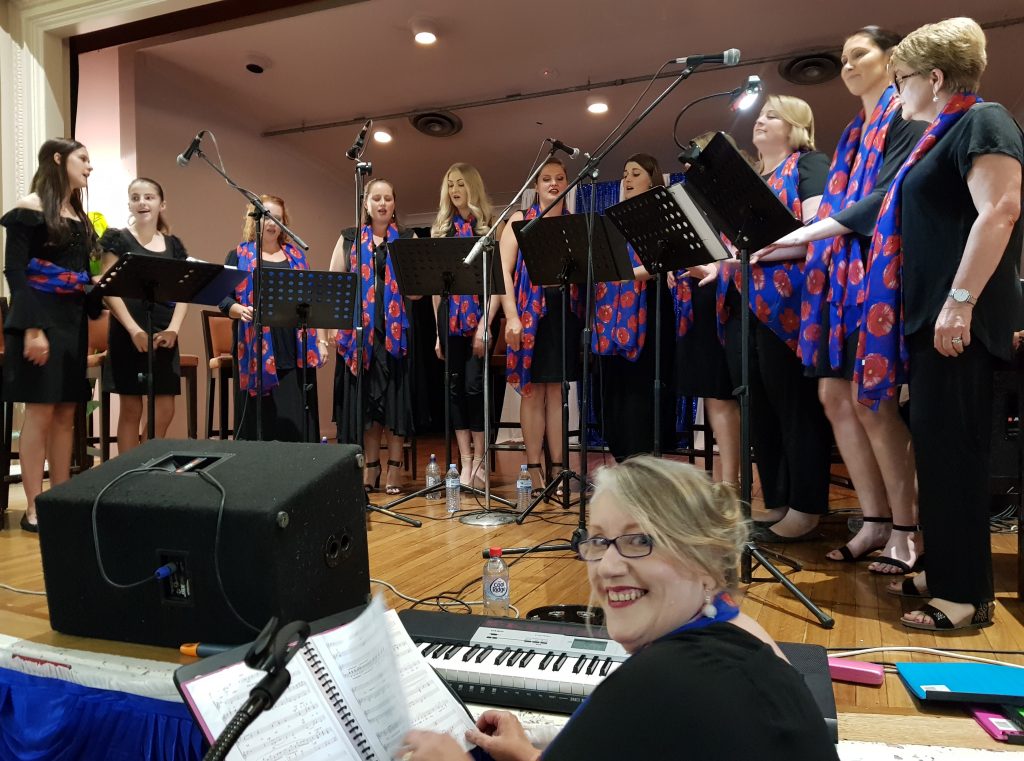 “When Andy was struggling the family would be on alert, the kids aware and careful of daddy being sad and they would often task it upon themselves to help cheer him up,” she said.

At one stage of his decorated life, Andy believed suicide was the only option.

“Thoughts of suicide can be insidious,” he said.

“They enter your mind like a worm burrowing deep into your subconscious. Fear prevents you from voicing the thought, for fear of making it somehow too real.

“The negative voice in my head was a constant reminder of how worthless I was, wearing down my defences in an endless assault on my well-being,” he said.

Zoe and Andy, and their four young children, have emerged from the darkest tunnel.

The light at the end of that tunnel, at first just a flicker of hope, is now bright and inviting.

“Today I am drug-free, and I have found a renewed love for my wife and children. Our relationship is better now than it ever was,” Andy said.

“I have found pride and identity in who I am, not just in what I did or the uniform I wore. I have redefined purpose in my life as a father and husband and leader in our community,” he says proudly.

“I still have bad days but I have learnt to take responsibility and accountability for my actions and for my own behaviour. 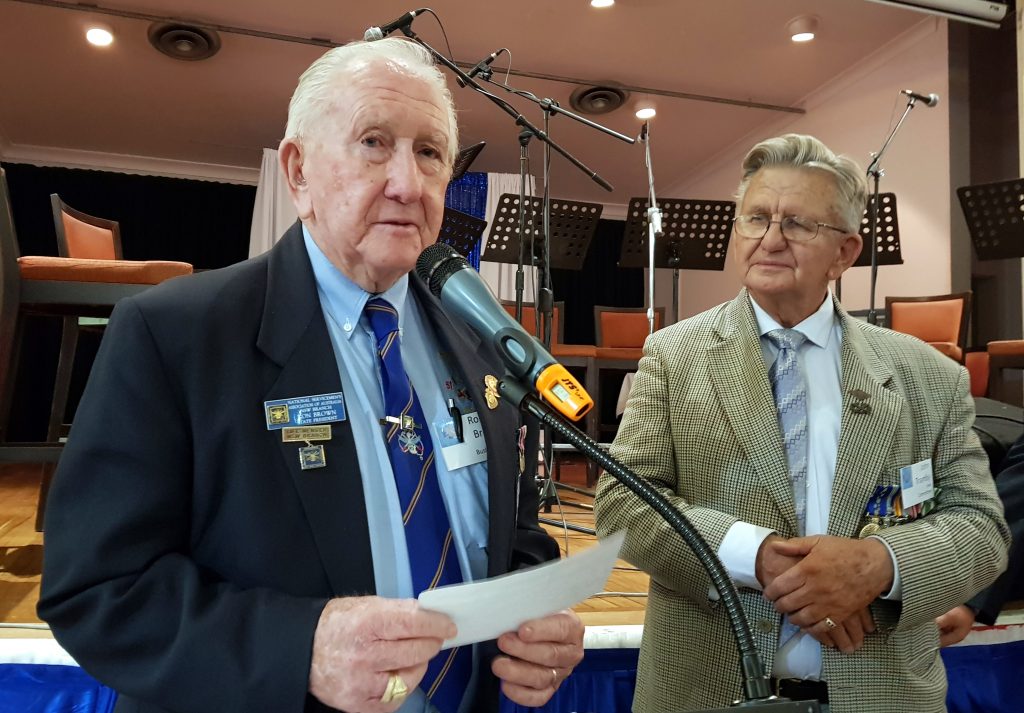 “PTSD is just a part of my story but is doesn’t define me. I have learnt to embrace my past, to live in the present and developed a hope for the future. I look back fondly on my service and I am grateful I have found my new purpose in sharing our story of hope with others,” he said.

And so the book, Resurrected, was born.

Zoe and Andy now run the charity, PTSD Resurrected, which provides a holistic approach to healing and support to individuals and families suffering from trauma, PTSD and depression.

“Our healing model is simple. We provide hope, healing and purpose . . . helping people heal through helping others,” Andy said.

“Our key message is a message of hope. PTSD or mental illness of any kind is not a life sentence. People can recover and go on to live productive lives, value-adding to the community.

“People suffering from mental illness are not worthless, broken, or to be discarded.

“They still have so much to offer,” Andy said. 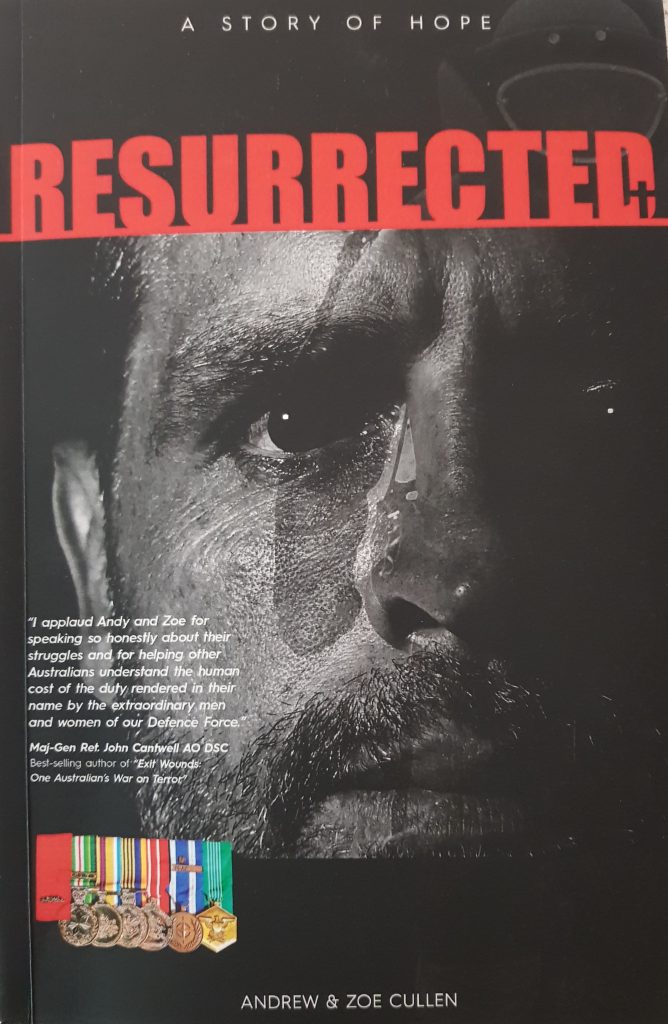 “I hope we have the opportunity in future years to again meet up with Andy and Zoe,” Mr Tramby said.

“When I read Resurrected, Andy’s thoughts and feelings on his return is something that most of us go through, but we don’t talk about.

“Zoe had a before-and-after situation with the after-story being ‘this wasn’t the man I married’.

“You need the support of your spouse in those situations, and it’s a demanding position to be in, to support someone with those problems.

“I pay tribute to all the wives, husbands and partners, and the families, that have supported and continue to support veterans during their tour and after their tour.

“We are indebted to them,” Mr Tramby said.

“The price that families pay, as Zoe pointed out is probably equal to, or greater, that those that are actually serving at the sharp end.”

Copies of Resurrected are available through the Moree Services Club Sub-Branch, online, or by contacting PTSD Resurrected’s Facebook page, https://www.facebook.com/PTSDResurrectedastoryofhope/