THE eight-year-old boy wiped a bead of sweat from his brow and watched intently through a rusty chain-link fence as the field of greyhounds charged past the winning post at the old Moree coursing track.

It was a stinking hot afternoon in 1940 and this slip of a kid that was hell-bent on becoming a greyhound trainer had just pedalled three miles from his family home at the nearby village of Yarraman to watch the pan-lickers in action.

But, for the next 75 years, the greyhound racing industry would be a consuming passion for William James “Sammy” Sabine.

It seems only fitting that in later life this wide-eyed eight-year-old would become Moree Greyhound Racing Club president a few times over as well as given life membership of a club he cherished.

Milo’s Conquest, one of Sam Sabine’s best dogs, scoots to an easy win at Moree in 1979 (image supplied).

He lived and breathed greyhound racing and many industry stakeholders travelled from across NSW and Queensland on Tuesday to bid him farewell, joined by scores of friends and colleagues who freely admitted to knowing bugger-all about greyhounds.

Sam, a staunch Labor man who was afforded life party membership at the ALP’s annual conference at Sydney Town Hall in 2011, was the go-to man when it came to anything to do with greyhounds.

“Milo’s Conquest won quite a lot of races in the bush, but I would say without any fear of doubt that the best dog Sammy ever had was Game Venture,” Steel said.

“He’s had some good dogs, but Game Venture was probably the best.

“Sam loved his dogs, and he was only about seven or eight when he first started mucking about with them. He often told me how he would watch the local dog races through the fence as a kid,” he said.

Moree dog caller Larry Price, who also worked alongside Sam on the NSW railways for many years, said one of Sam’s favourites was Credit Account.

“Sam used to refer to Credit Account as the ‘spotted dog’, and he won more than 25 races,” Price said.

“Sam was a master at patching up crocks that were give-aways and one such dog was a little brindle bitch called Cindy Moree.

“She won a race at Tamworth one night when Sam backed her from 12-1 into 6-4. The leading dog bookie at the time, Jack Millerd, who also owned champion dog Chief Havoc, never, ever forgave Sam,” Price chuckled.

Sam Sabine was the quintessential battler who championed the underdog. He was also the humble, behind-the-scenes man whenever the call-up came to raise money for Moree charities and vital services, in particular the Moree Hospital. 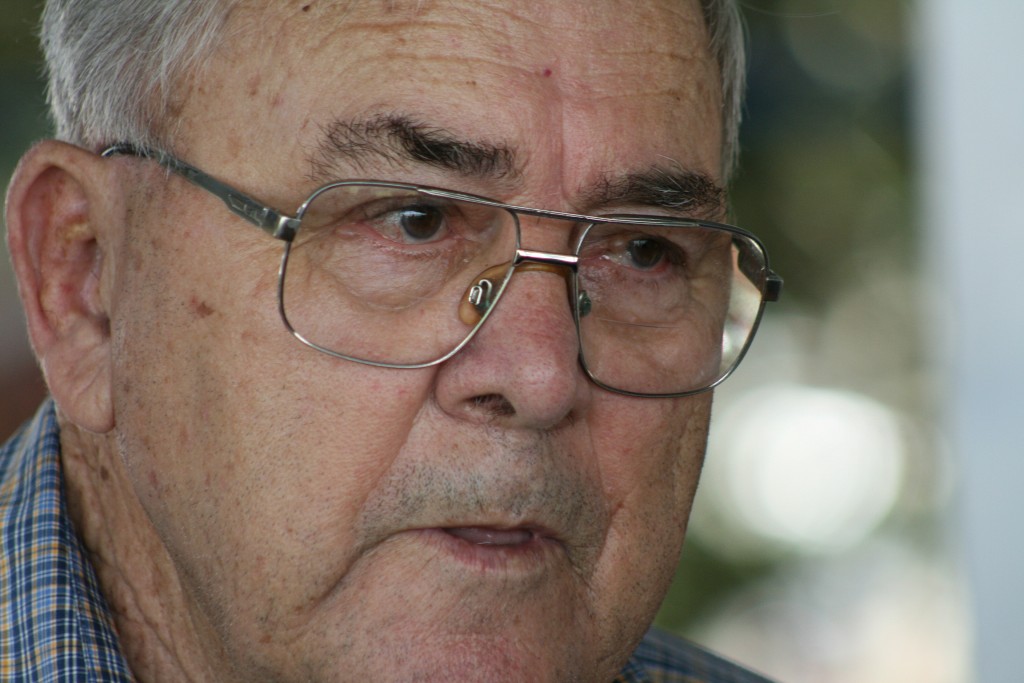 Sam Sabine was a master tactician when political negotiating was needed to fast-track a renal unit at Moree Hospital (Image Copyright Bill Poulos).

In the ensuing years, Sam and his hardworking renal unit committee raised more than $300,000 for the cause – and it hasn’t stopped there.

“If there’s one single person responsible for the renal unit in Moree, it’s Sam Sabine.

“Through Sam’s endeavours and persistence, especially when contacting politicians and senior health bureaucrats, we were able to get the unit up and running in 2002.

“Sam certainly made it a lot more bearable for people who were on renal dialysis, because they could have their treatment closer to home. There is now much less travel for the majority of people,” he said. 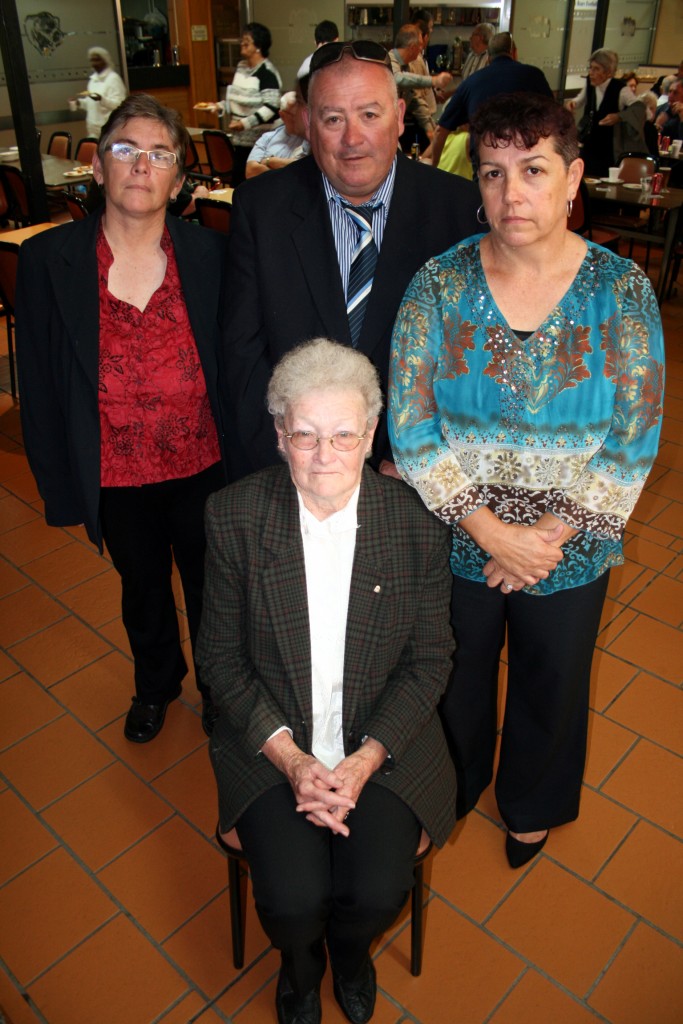 Sam’s political alliances came through his membership of the ALP – he joined in 1958 – and his work with the Moree Country Labor branch.

He was also a member of the Australian Federated Union of Locomotive Employees from 1959 through to 1981 and served as AFULE secretary for six years from 1980.

“Sam has just been amazing for what he’s done for Moree Hospital,” Slack-Smith said.

“And it’s not just the renal unit, either. Sam’s committee has bought things for the rest of the hospital as well.

“There are a lot of people that got to meet Sam and got to know him, and all the renal patients would have a good yarn with him when he’d come up and visit,” she said. 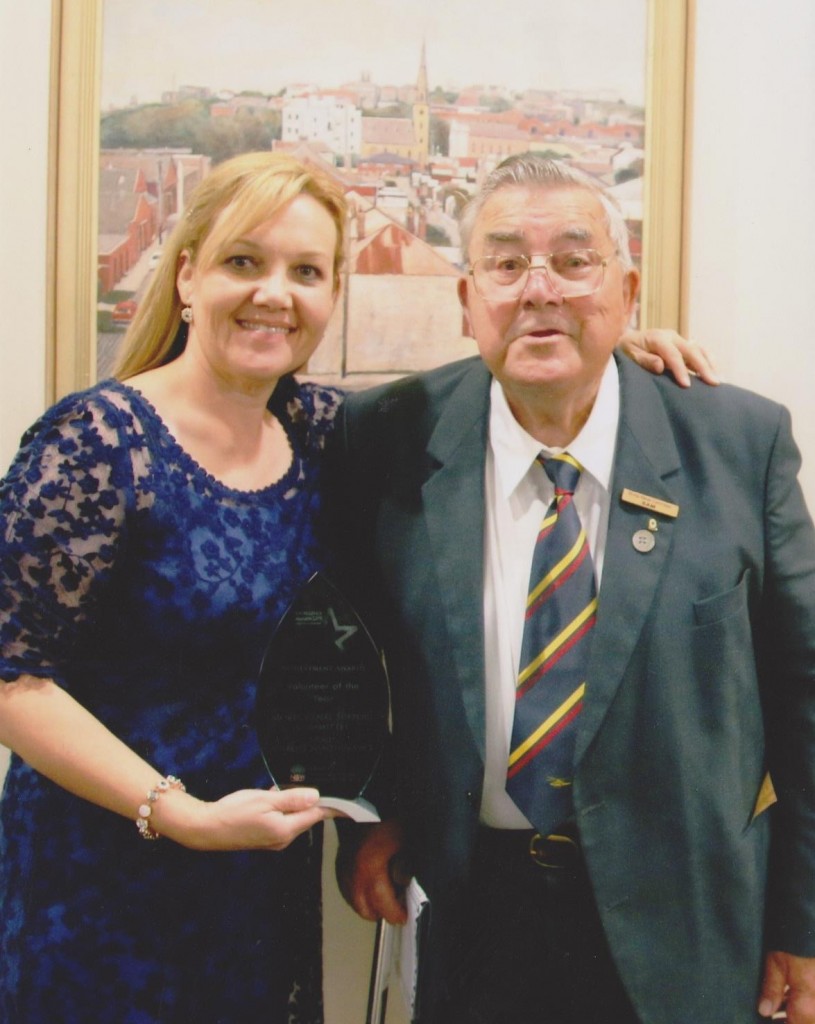 “He was a very passionate man and I got to see that last year when I nominated the committee for the awards,” Slack-Smith said.

“I didn’t think we had a chance in hell of winning, but Sam was confident and before we went to Newcastle he said, ‘I think we’ve got this’.

“It was just amazing when we won. Everybody in the whole Newcastle City Hall gave Sam a standing ovation. They brought the house down; there was hardly a dry eye in the hall.

“Sam was really overwhelmed by that. It was a huge acknowledgement of the hard work that he and the committee have done,” she said.